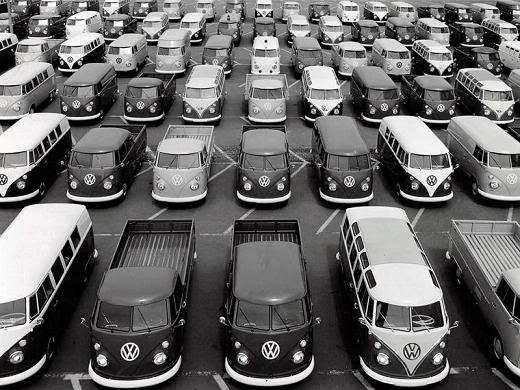 There is little to say that the Volkswagen Type 2, known worldwide as the Bus, Van and Transporter, was essential to the German vehicle manufacturer.
In the history of the German People's Car, the most mentioned is the Type 1 (Beetle), but as important as this car was to the survival of Volkswagen, so too was the Bus to break into global markets. There are several stories about who is most responsible for the development of the Bus. One story says that Adolf Hitler wanted a bigger vehicle from the day he planned the Beetle to be sold as a family passenger van, but also as a worker van and pickup truck. However, nothing was done about it until 1946. That year, one of Volkswagen's Dutch dealers, Ben Pon, visited Germany in order to buy a certain number of Beetle's and had a vision similar to Hitler's ten years earlier. 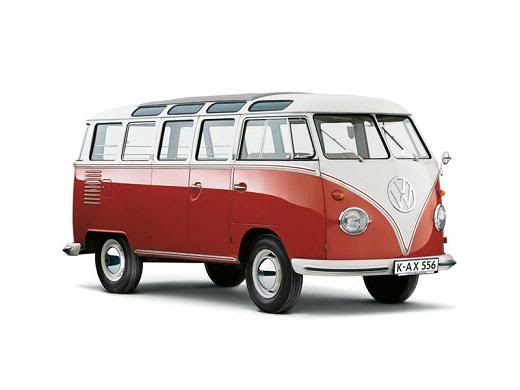 One year later, Pon showed Volkswagen engineers the first drawings with the idea of ​​making it out on a Beetle base with a payload of up to 690 kg. However, due to the successful sale of the Beetle, the German giant gave preference to its toddler. Mon did not give up teaching and continued to work with Volkswagen engineers, and the first prototype was ready in 1949. It was a van that could seat up to seven passengers in three rows of seats and which shared the base with the Beetle as well as the engine on the air cooling. This way, the bus had significantly more space than typical station wagons of the period, and since the engine was located at the rear and the driver had sufficient comfort. 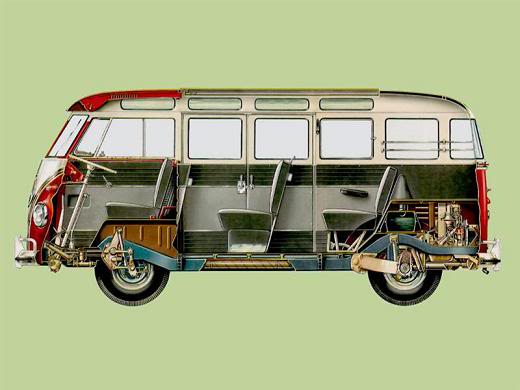 Until its official launch in 1950, Volkswagen added a pickup truck to the lineup. The first models had a 1.2L engine from Beetle that developed 25 hp and with a weight of just a ton had a maximum load of 760 kg. The US versions were slightly more powerful (30hp), and although the Bus was intended for this market very few copies ended up on it by 1954. What is interesting is that the Bus was very aerodynamic for its period unlike other cubed vanes. At the start, only three versions were available - the basic Combi, which came in blue only and had a starting price of $ 2,200. In the middle was the Micro Bus with more equipment and a $ 2,365 price tag, while at the top was the Deluxe Micro Bus, which had a duel and a $ 2,500 price tag.

From the start, there was also a camper that had a folding bed for four people and a small table. The audience received the Bus very well. Although it was neither powerful nor fast, the customers liked it being easy to drive, roomy, quality and like most Volkswagen of the period - cheap. Motor Trend magazine had one of the first opportunities to test the new Bus, which took as much as 75 seconds to accelerate to 100 km / h (Volkswagen previously announced that 80 km / h was the ideal speed for the Bus, but was able to reach and 100 km / h). However, not even Americans have managed to hide the enthusiasm for how comfortable and easy the Bus is to ride. 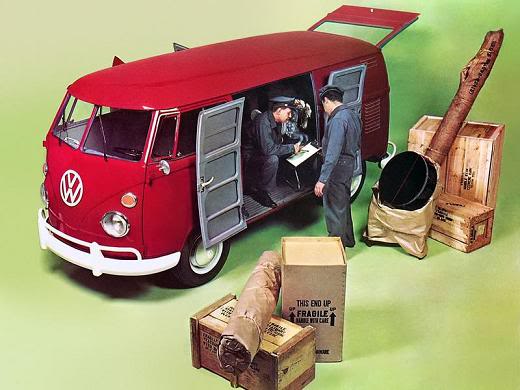 By the mid-1950s, the Bus had become so popular, mostly because it had no competition, that the German giant had failed to produce enough copies. The Volkswagen Type 2 Bus remained largely unchanged until 1961, when the power of the 1.2L engine was increased to 42 hp. That same year, Bus gets its first competitors in the US market such as Ford Falcon Econoline and Chevrolet Corvair Van. The Corvair was closest to the Bus with the engine at the rear, but with the standard I6 engine (80hp) it developed much more power. This did not disrupt sales and the Volkswagen representative was still the best to drive, and also had the best finish, the most space and the least consumption. It was also 450 kg lighter, so the Chevrolet and Ford power advantage was not felt. 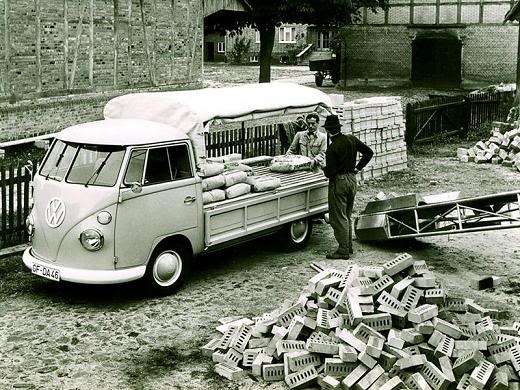 In 1962, Volkswagen introduced the Bus with a more powerful 1.5L engine (52 hp) and a maximum payload of 1,000 kg, which eventually replaced the 1.2L. The same year Volkswagen celebrated the production of the millionth Bus, but the German vehicle manufacturer was already working hard on the next generation. Production of the first-generation Bus ceased in Germany in 1967, but continued in Brazil until 1975. Today, the Bus is one of the most valuable classic vanes, and prices of rarer models, such as the 21-window Samba, can reach $ 40,000. 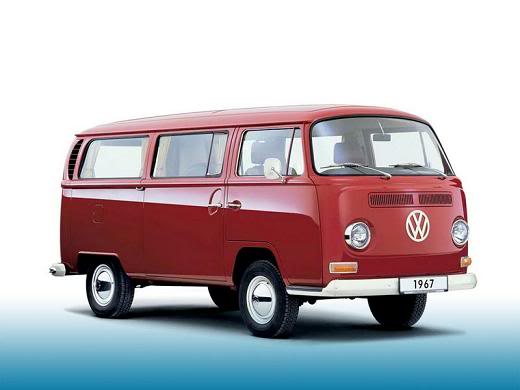 The second-generation Bus, introduced in 1967, was larger and more powerful, but retained its resemblance to the Beetle including the platform. One of the major changes was the number of windows, which made the first generation very famous, and now Bus has only provided three windows on each side. The passenger door also changed, making the Bus the first rail door vehicle. The interior was significantly larger, but the weight of the vehicle increased by as much as 180 kg. Like in the past, the buyer was getting a worker and passenger van, pickup truck and camper that was $ 655 options at a base price of $ 2,211. At the very beginning, all models had a 1.5L engine from Beetle that developed 65 hp. 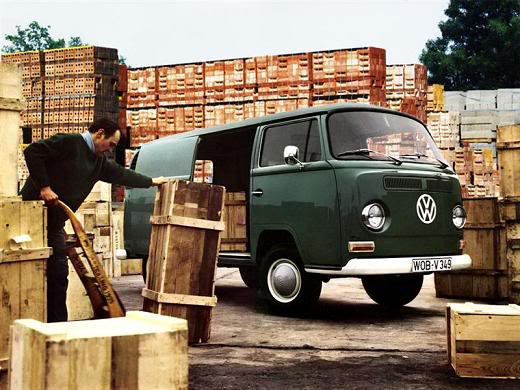 Thanks to the extra weight, the top speed was only 104 km / h, but with consumption of less than ten liters per 100 km, the Bus was still the most economical out on the market. For the first time, Volkswagen also addressed safety measures, so the second generation received significantly better results in crash tests. The second generation was also very popular with customers, so the two millionth Bus was made in 1968 at a Volkswagen factory in Germany. 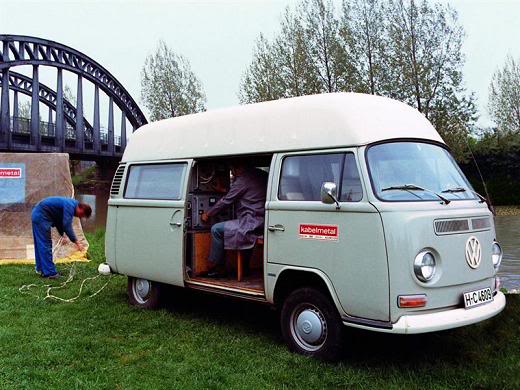 However, sales were unexpectedly slowed in North America, probably due to the fact that Volkswagen offered only a four-speed manual transmission as an option. In 1971, the bus finally got the disc brake for the first time in history, but that's when problems in the US market arise. Namely, the muscle car era certainly had an effect on vanes as well, so until the early 1970s domestic companies introduced larger vanes with V8 engines that had a similar price to Bus. The popular Motor Trend magazine put Bus on a side-by-side test against Chevrolet Beauville Sportvan, Dodge Royal Sportsman and Ford Chateau Club Wagon, and although Bus still had the best finish and was the best to drive, it no longer had the space and maximum payload and traction as American vanes with V8 engines. However, for daily commuting, Bus was still the boss, and the customers agreed.

This is confirmed by sales, so the three millionth copy was sold in 1971. For 1972.Bu s gets a new engine from the Volkswagen 411, 1.7L, which developed 72 hp, with a top speed of 120 km / h, and next year Bus gets its own the first (three speed) automatic transmission. The bus generally survived unchanged until 1976 when it got its largest engine - the 2.0L with 67 hp from the Porsche 914 bringing the price to as high as $ 7,595, and certainly the main reason for the high price increase lies in the strong German mark and the dollar. Although production of the second generation was completed in Germany after 1979, it has continued in Brazil to this day. Interestingly, it is currently possible to get this van as a camper also in Europe after a Dutch company has entered into a contract with Volkswagen Brazil on imports. 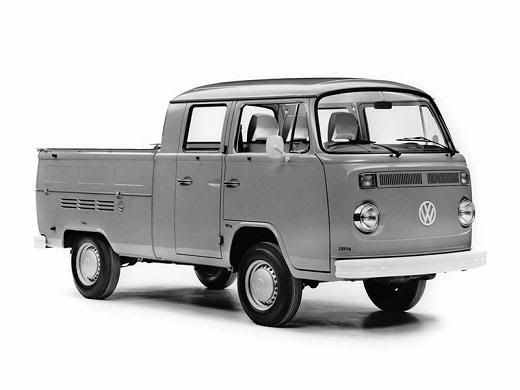 The third generation, the latest with the Type 2 name and rear engine, was introduced to the public in 1980. This van, now bearing the Vanagon design, had a much more modern design and generally did not share lines with its predecessor. Volkswagen, meanwhile, considered several solutions, including front towing and front or center engines, but the choice eventually fell to the familiar and proven formula with a rear engine and rear towing that made the most of the space. 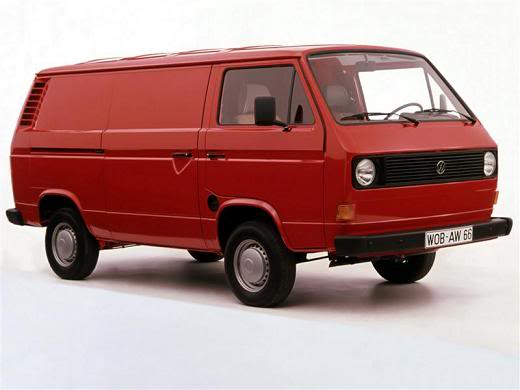 On the design side, the Bus was brand new and no longer shared the base with the Beetle, and was also bigger in every way. As in the past, the choice came down to the worker and passenger version, pickup truck and camper, and since the passenger version accounted for about half of the sales, Volkswagen decided to provide more space for passengers. For the first time the interior has become extremely high quality with a full selection of standard and optional equipment. At the outset, Volkswagen offered a pair of well-known 1.6L (50 hp) and 2.0L (70 hp) engines as well as a choice of four manual and three automatic gearboxes. Weighing in at 1.5 tonnes, the third generation was not fast, but Bus retained all the features that have graced it in the past. 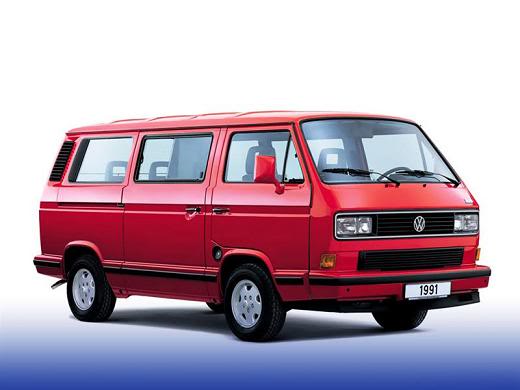 However, the German giant knew that Chrysler was already working on a series of new passenger vanes under the Plymouth, Dodge and Chrysler tags that were to go on sale by 1984, so it decided to concentrate on the European market. In 1982, the bus received the first diesel engine, measuring 1.6L by 70hp, which reduced consumption to about seven liters, and a year later a series of petrol 1.9L (59-89hp) and 2.1L (90-112 power) ks) engines and success continued in the European market. 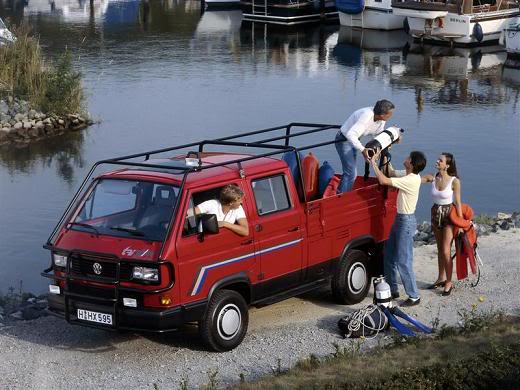 Production of the third generation ceased in Europe in 1990, but continued in South Africa until 2001. When in 1991. Volkswagen introduced a series of new vanes the name was changed to Transporter (better known as Eurovan), but the biggest change was the front traction and the engine forward. This generation, although of good quality, did not leave a significant mark on the market, nor did it have the charm and image of the first three generations.