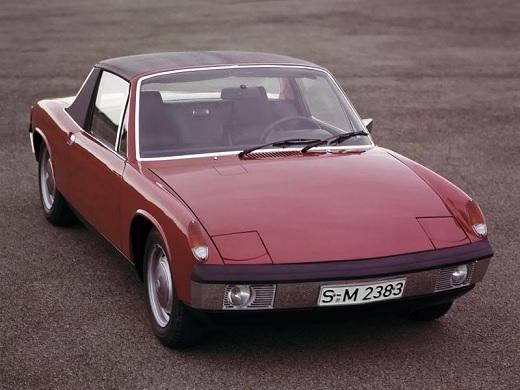 When the Porsche 914 ended its career in 1975 after only five years of production, few car enthusiasts shed a tear.
Although quite an interesting car, during its short career (at least for Porsche standards) the 914 was considered a car that does not deserve to be labeled the famous German vehicle manufacturer and was offered only to fill the position of the cheapest Porsche. However, expectations were high when the Stuttgart-based company unveiled the new 914 at the Frankfurt Motor Show in September 1969. This car marked the return of Porsche to its roots in a similar fashion to the 356 Speedster 15 years earlier. However, while the two cars shared certain characteristics, it was reported that they were made in cooperation with Volkswagen and provided a low starting price, they differed in one very important feature - the 914 had a centrally placed model. The Porsche 914 was a replacement for the poorly sold and much-criticized 912, which was originally planned as a cheaper version of the famous 911. However, this idea was poorly conceived from the start, and the biggest "culprits" were only the owners. Namely, the base price of the 912 in the mid-1960s was about $ 5,000, and with full equipment it was about $ 1,000 higher. While that amount may not be high by today’s standards, the biggest problem lay in the fact that the car looked a lot faster than it actually was. 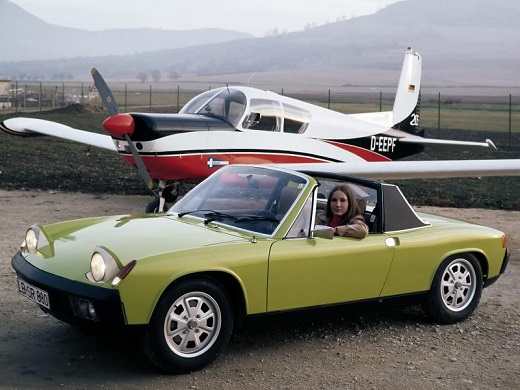 With just 90hp from an atmospheric 1.6L engine, the 912 is often fiercely driven by owners in order to get the performance of the significantly more expensive 911. Another big problem was the fact that many owners thought the engine was just another in the Volkswagen range and thus maintained their cars, which nevertheless required the knowledge of Porsche mechanics. After only four years on the market, the 912 was quietly shut down after 1969 with a reputation for being a very poor quality car. However, as early as 1966, Porsche began work on a new car, which would deliver a four-cylinder engine and a lower price point of 912. In the same period, centrally-mounted cars began to conquer the markets. That same year debuted Lotus Europe, and later it will follow Fiat X1 / 9, Toyota MR2 and Pontiac Fiero. However, Porsche did not consider this technology ideal for production cars. The centrally positioned engine just behind the driver was noisy, would produce high vibrations and also give off high heat which caused the driver to suffer the most. Adding low visibility and heavy engine access, it becomes clear why Porsche did not want to take the risk at the outset. 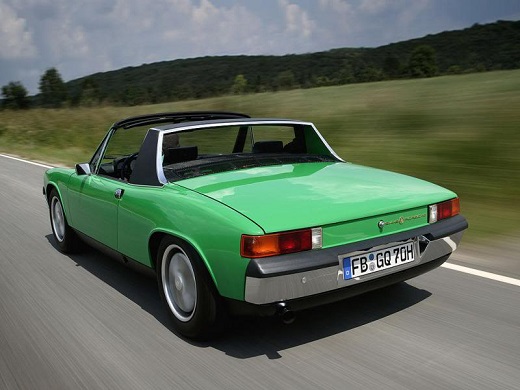 But during the 1960s, it didn't matter to some companies - cars with centrally placed engines dominated the tracks, which meant that there would be customers who were willing to spend money on similar production cars. However, the failure with the 912 forced Porsche to consider all options, including working with a partner, and in early 1966 Ferry Porsche contacted Heinz Nordhoff, Volkswagen's president who celebrated the German giant, and suggested that the two companies develop a new model together. Nordhoff could hardly wait for this opportunity, as Volkswagen also desperately tried to replace Karmann Ghia, a former great when the time had come. The two companies agree to a cooperation, according to which Porsche would design a car around Volkswagen's new 1.7L engine, and the said car would be called VW-Porsche. In return, Porsche would get car shells in which to install its own engines. From the design side, the finished car looked like something completely new that had never been seen before by either of the two companies. This car was so low that Porsche used open headlights to meet the minimum height of the vehicle while the rear was copied from the 901 model. The interior provided enough space for two adults, but with a fairly low floor the entry and exit of the car was quite difficult. 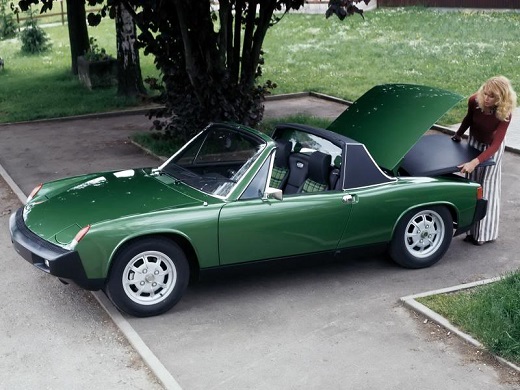 However, the rather low price greatly affected the quality of the interior, which was not at the high standard of Porsche and was more reminiscent of cheap Volkswagens. Another great similarity compared to its German cousin was the 1.7L I4 engine. This engine was taken directly from the new Volkswagen 411, followed by increased compression for a total power of 85 hp. Weighing only 945 kg, the 914 did not have the performance expected of a Porsche-branded car - acceleration to 100 km / h was 14 seconds while top speed was 168 km / h. Compared to its predecessor, the 912, the 914 was somewhat slower and behaved less in corners, but it justified the biggest criticism of the car it replaced - the price. Namely, the starting price in Germany was 3,015 dollars, while American buyers had to set aside 3,500 dollars. Porsche saw the main competition in the form of the Triumph TR6 and Fiat 124 Spider, against which the 914 was significantly better, but still lagged far behind the MG B. In any case, the first prototype was introduced in March 1968 with the expectation that serial production could start by the end of the year. However, then Heinz Nordhoff died unexpectedly, and his replacement Kurt Lotz did not have an excessive desire to continue working with Porsche. Namely, Lotz believed that the entire project should belong to Volkswagen, which greatly increased production costs. 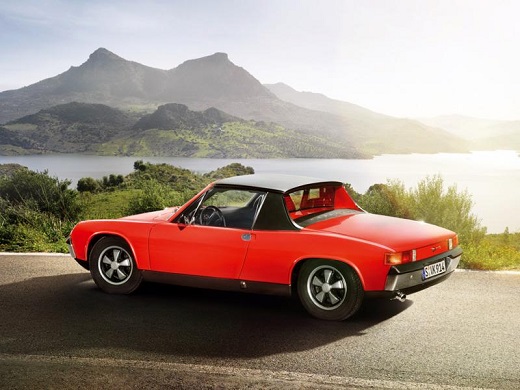 Although more than 30,000 units were sold worldwide in the first year, many believed that a real Porsche should never have a Volkswagen engine. For this reason, for 1970 the offer was expanded with a more powerful 914/6 model, which provided a 2.0L I6 engine and 110 hp with a top speed of 200 km / h. Acceleration to 100 km / h was also a solid 8.7 seconds. However, the aforementioned problem with Volkswagen's leading men played a big role and the starting price for the I6 model was $ 6,100 - or just a few hundred lower than the famous 911. For this reason, sales of this car were never high and it was quietly shut down in 1972 after only 3,351 copies sold. Just a year later, Porsche debuted a new 2.0L engine with 91 hp as a replacement for the inefficient 1.7L, and a year later a 1.8L engine with 72 hp arrived. The 914 gets its first design changes in 1974, when new bumpers debuted to meet safety standards. This car will survive on the market for only one more year, when the disagreement between the two companies will reach its peak and each will decide to produce its own sports cars. During the five years of production, "only" 118,947 copies were sold, which is a much smaller number than either side had hoped for.

Many agree that the people's Porsche was a very good idea, but the odd design and high starting price buried this car even before it debuted. However, it could not boast of Porsche design or Volkswagen quality, and perhaps the biggest reason for the poor sales lies in poor performance. Ferry Porsche stated on one occasion that large companies operate differently from smaller ones and that they are not interested in image as much as profit. Still, the 914 had potential, and perhaps the best example is the 914/8 prototype, which provided a 3.0L engine with 310 hp, acceleration to 100 km / h in six seconds and a top speed of 250 km / h. Unfortunately, only one model was produced, which proved to be as fast as the large 911 turbo. Today, the 914 is in the shadow of the company's other models and a car that Porsche audiences would surely forget about. However, it was a very important product for the German vehicle manufacturer, and the low prices in the world of old-timers make it very popular among customers. So if you want to drive a Porsche, and at the same time you only have money for a slightly better preserved Volkswagen Beetle - the 914 is a great choice for you.