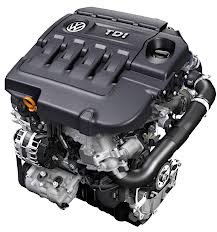 The 2.0 TDI engine was a replacement for the popular and acclaimed 1.9 TDI engine. And although much more contemporary than its predecessor, the general opinion is that it is much less durable.

Material savings and technical errors - are the main reasons for most of the problems faced by 2.0 TDI engines. The engine was introduced in 2003 Vw Touran and successively continued the representation in most models Volkswagen and later came under the guise of some Mitsubishi, Jeep and Dodge. Undoubtedly a popularity equal to its predecessor, the 1.9 TDI, unfortunately, did not inherit durability from its predecessor.

The 2.0 TDI PD is offered in different versions with 8 valves generating engine power of 136 - 140 hp and 16 valves from 140 to 170 hp. The 2.0 TDI was available in versions equipped with a soot particle filter. Different engine models differ in the solutions offered, which is caused by constant modernizations in connection with increasingly strict standards for exhaust gases. The 2.0 TDI PD engine is praised for outstanding performance and low fuel consumption. The engine is mounted in a wide range of popular Vw Group models.

In 2007, Volkswagen decided to introduce a much more modern solution using the Common Rail system. As it turned out, this decision brought benefits to these engines, which are characterized by a much better working culture. Compared to its predecessor, it has significantly increased the number of available options - the new units can generate power from 110 to 184 hp and is equipped with four valves per cylinder. Common Rail engines replaced earlier versions of the 2009 injection system.

The reliability of the 2.0 TDI engine is not the best. Most problems start to appear after 100000 - 120000 km. Plenty of problems are in line with those from which the most modern diesels suffer, but there are also those that are typical of the 2.0 TDI versions. Shooting of cylinder heads in the 16-valve version. Vw is confident that it will deal with this problem at the end of 2006, but there are also younger cars with this type of problem.

Another typical issue of the 2.0 TDI is the problems with the oil pump, in both versions, in the case of the oil pump version with the chain, the chain is stretched, and in the case of the hexagonal shaft version, the hexagonal shaft is rounded off. It is suspected to be the cause of the pump problem, which is also driven by the balance of the motor shaft, which creates the main load. Symptoms of an oil pump failure are: lack of lubrication, ignition of the oil pressure lamp on the instrument panel and rattling from the crankcase (for chain version).

Symptoms of rough engine operation, loss of engine power, engine with pump-nozzle injection system. Nozzle failure is most often a problem, requiring repair or replacement of the nozzle. There are two types of injection units - Bosch and Siemens.

Floating flywheel
Symptoms of noise when the engine is running on the back, clutch vibrations. Float clutch replacement required.

The 2.0 TDI engine has many different types, each type has its own designation. It is recorded in the service booklet and also affixed to the identification sticker, which is usually found in the spare wheel in the boot. The BKD engine, fitted in a number of different models of the Audi A3 II generation, the Škoda Octavia II gen., Is the best recommended. Seat Leonie II gen. or Golf V. And the opinion is that the worst 2.0 TDI engine of the BKP mark is built into the Passat B6.

Also of higher quality are the engines after 2007, which eliminated some of the shortcomings of the 2.0 TDI engines.