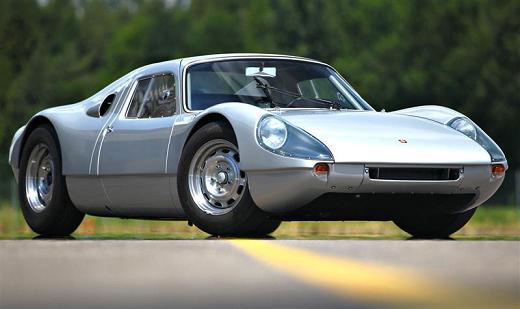 Like all other famous sports car factories, Porsche has based much of its image and popularity on sporting success since its inception.

Still, although the Model 356 (and its many derivatives) started the legend, the Model 904 continued it in the best way… Namely, since the founding of Porsche in 1948, these cars have been a favorite choice of many amateur racers because of their simplicity, quality and reliability. . Porsche knew how important these customers were and was constantly improving its models, throwing out racing variants as well, which put factory teams on the podiums of legendary racetracks around the world. However, in the late 50's, that early era came to an end.

The main reason is the obsolescence of the "hardware" that the factory had at its disposal. Road cars were selling well, but on the tracks, Porsche engineers no longer knew what to offer. Technically, the humble and plebeian Baba components and solutions have been maximized, and it has been made clear to the management of the company that a new page in developing and approaching competitions must be turned. The first step in this was the introduction of the 718 / RSK in the late 50s, which was a racing model derived from the F1. For the first time, solutions such as a tubular chassis and centrally mounted unit were applied. 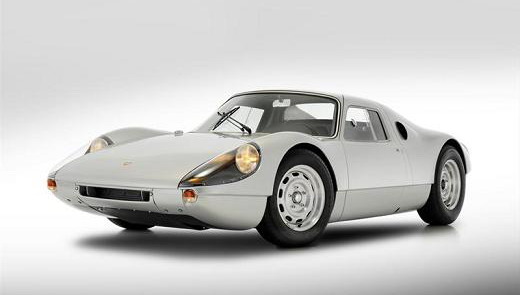 However, the best is yet to come… At the end of 1963, Porsche introduced the 904 model, which stunned and won over the world automotive public with the blitzkrieg method. It was a completely new sports car with undisguised racing ambitions that compiled all the best technical solutions of the time and all the recognizable characteristics of the brand. Still, let's go in order… The new Porsche 904 was the factory car of that factory with a centrally mounted engine, as well as the first car to have a body made of fiberglass (at the time, a material more advanced than Kevlar today), which was mounted on a racing steel chassis .

It is also the first road Porsche without the distinctive "bulky" design that to this day adorns most models of this house. Behind the driver was an aluminum diamond from the engine and one of the most complicated aggregates ever. It was a 4 cylinder 2 liter boxer with a fantastic 198 hp! Namely, although the configuration and volume are the same as the engines found in road models, this one boxer has nothing to do with the street brothers and is a brand new unit created by Dr. Ernst Furhmann, then Technical Director. 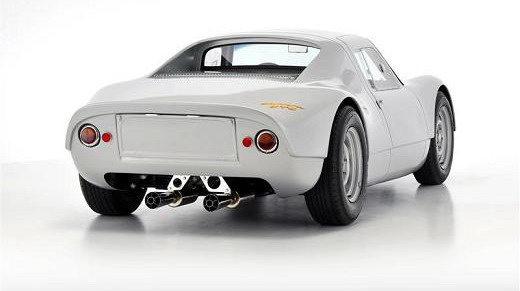 In order to achieve such a high liter power, Herr Furhmann donated to this boxer the "chemi" chambers in his head (ideal for high rpm and as efficient combustion) as well as 4 camshafts (2 per head of aggregate). It is these cams that make this engine very interesting because it is very difficult (on some engines and impossible) to combine chemi heads and 2 cams. These chambers are larger in size and semi-ball-shaped, which results in a very oblique vertical axis of the valve. 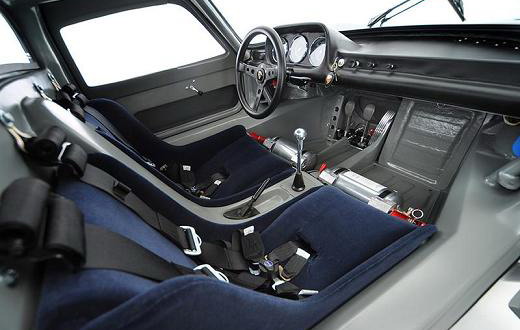 Because of this, the "chemi" heads are wider than usual, and the valve guidance through the 2 cams is very complicated. Still, Porsche was able to make the engine, and besides, in the best spirit of the German industry, it worked perfectly and without fault! To qualify for the GT class, Porsche had to make 100 or more pieces for road use and was able to meet that quota very quickly. The price was $ 7,245 for the road version, which was equivalent to the price of a Rolls Royce or a Cadillac Fleetwood.

During the year 1964/5, Porsche The 904 (also sold as the Carrera GTS) was one of the fastest road cars money could buy. Acceleration from 0 to 100 km / h was below 6 seconds, and top speed depended on the choice of differential ratio and customers had 5 types at their disposal. High performance was achieved by light weight (the road version was under 700 kg) and aerodynamics for example, so this car had an air resistance of only 0.34 cw. By comparison, Jaguar E type, whose shape symbolizes aerodynamics theories of the period has 0.51 cw.

Although the racing debut of this model was unsuccessful (Sebring 1964 - problems with the clutch and withdrawal from the race), very quickly the 904 caught the rhythm and declassified the competition. Victories began to follow, both in the hands of the factory team and in the hands of private runners. Here are just a few: the Nürburgring and Le Mans (class victory), Reims and Targa Florio (general placement victories), Watkins Glen, Daytona, Spa, Alpine Rally, Paris 1000 km (. these are all places where 904 drivers climbed the podium. 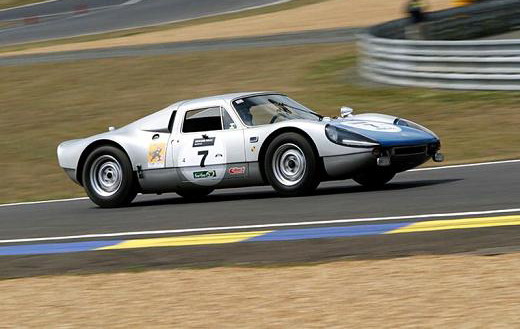 The success of this car has forced the company to try to develop it further, by inserting a more powerful engine, thus creating the Porsche 906 (with a stronger 6-cylinder boxer) which was only for racing and was made in 20 pieces. Following it, a pair of factory prototypes with an 8-cylinder were also made boxer but these cars had a bad habit of blowing up the gearbox and clutch, so the idea was quickly abandoned. Last but not least, this is perhaps the most important classic Porsche racing car.

He succeeded in continuing the tradition of winning that was established by earlier models. He introduced new solutions, new technology and brought the factory the confidence and success to introduce the famous 917 and the numerous LeMans and Can Am racers that will be the backbone of her sporting appearances during the 70s and 80s. He silenced critics who claimed that Porsche was just a hot rod of the Beetle and lacked the strength, technical capabilities and vision to thrive.