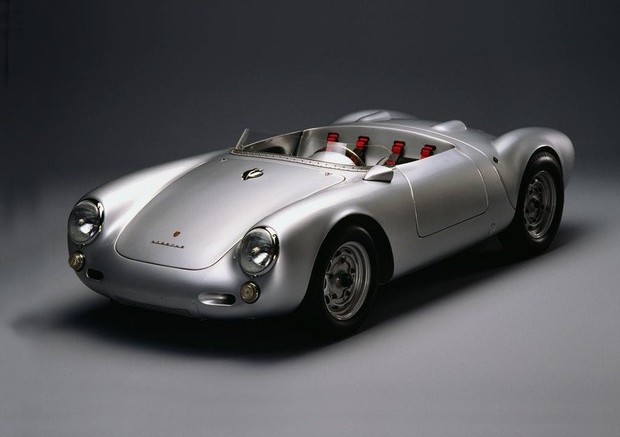 U Porsche's vocabulary, 550A means 550 kilograms. If we add to that the engine located in the middle, we get a real runner.

The Porsche 550A is a small car in its dimensions, but in the automotive world it represents a size, a historic size. U Porsche they point out that it was this car that inspired the Boxster’s designers, but other than a somewhat similar shape, the 550A and Boxster have almost nothing in common. The tiny 550A is very likable in shape. During the construction, material was saved in order to reduce the weight, so that only what was needed was used in the production, and in the smallest possible quantities. At first glance, you get the impression that the whole car consists of a little sheet metal coated over a "space frame" construction, four wheels, steering wheel, two seats and an exotic four-cylinder engine and as many camshafts. The side line is irresistibly reminiscent of racing Porsches from that time (50s). If you’ve never seen a Porsche 550A live, know you’re at 99.99-percent majority. The reason is very simple, only 39 of them were produced (most in 1957), so that the lucky ones who drove it can be considered a privileged and absolute minority. 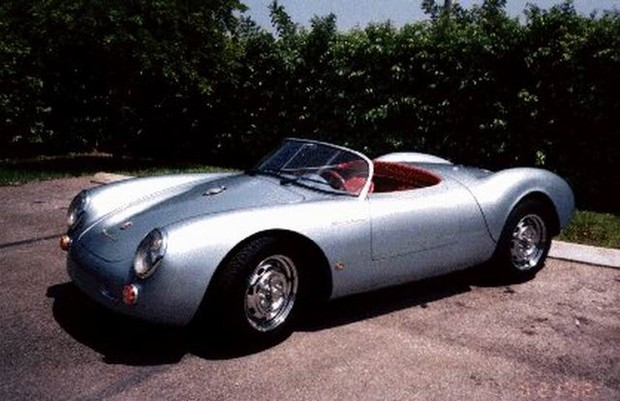 The Porsche 550A has a very rich racing tradition. The almost unchanged car won the Targa Florio race, and in its first appearance at the Nürburgring in 1956, it recorded an excellent fourth place. It was dominant in its class, and sometimes represented more than good competition for much more powerful cars. The whole car weighs only 550 kilograms, hence its name. Under the front cover is a fuel tank with a capacity of more than 90 liters and a 12-volt battery. The trunk? Let's be serious, a Porsche 550 with a trunk? Funny. The air-cooled four-cylinder in-line engine is a masterpiece of its time. The 547 engine without any modifications was used in various Porsche models until the end of the 60's, and was tried in Formula 2. In the Porsche 550 from 1500 cm3 develops as much as 130-135 hp, and of course without any charger, multi-valve technology or electronic fuel injection. A result that is still unattainable for many manufacturers today. The engine is located transversely in the middle of the car. This, of course, enables excellent driving properties, but prevents a better view of the engine, of which only a part can be seen through small openings, ie. carburetors. Another option for looking inside the rear is to remove the grilles. Then you can easily see the construction "space frame" pipes and the box of a solid five-speed gearbox. 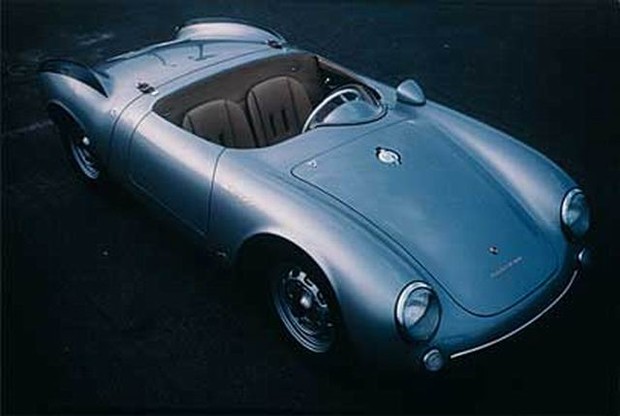 At first glance, the car looks so small that we can hardly imagine it parked next to a Bentley, when it already looks like a children's toy next to the Boxster. Due to the "size", entering the car is a big problem and requires a special technique, so many will remember the days when they became too big for their "go-kart". When that obstacle is overcome and the driver sits, he realizes that the offer of space is exclusively functional, so that only the movements necessary to drive the vehicle are possible. With every other movement, you encounter an obstacle, which often causes pain. The co-driver (it's a shame to spend a seat for a person of the same sex) will have a bit more space, but when driving aggressively, he will almost fly around the car. The reason for that is the seat, which, unlike the driver's seat, does not have a shell shape. Conclusion: with the fairer sex - gently. Speaking of "go-cards", two things are very reminiscent of a toy from childhood. The first is the wind that beats in the face while driving despite the miniature windshield (of course not as mild as in the "go-map"), and the second is a great feeling. The driver will remember the excitement when he first sat in the "go-kart" as a child and turned the pedals. Older people need something more to be delighted, and a car journalist, who has driven everything in his life, needs something very special. This is especially certainly the Porsche 550 A. And the interior, like the driving position, is completely subordinate to the function of the car. Three round indicators, of which the speed indicator is engraved up to 10.000 rpm located in the middle, provide all the necessary data. Switches and a start lock are located in the center of the console. The Porsche floor also shows how much weight was saved. There are no carpets and upholstery under the driver's feet, only bare metal, while the foot controls and handbrake are drilled. We return with praise to the already praised engine. The response to the gas is incredible, such as a driver will not experience from any modern car, even if he had 1000 horses. At 4000 rpm in fourth gear, the car accelerates incredibly. The engine spins without problems and over 8000 rpm, and the sound it produces is a pleasure for every ear, assuming you like such sounds. Big problems occur when changing gears. The arrangement of the gears is completely different from the usual one today, so that it is switched from the first to the second gear by moving the mushroom lever in the shape of the letter "U". Getting used to it takes a long time, but after that it changes somewhat quickly and fluently. Driving behavior is excellent, and follows the driver's requirements - the 550A can be driven gently or aggressively. When driving aggressively, the car will behave like a map (in this case we are talking about motorized racing cars), and the driver has the feeling that he can be carried away by body movements. 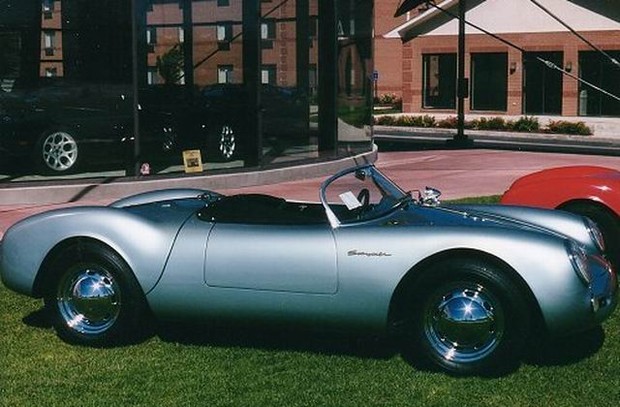 The dream of every Porsche 550A owner is to safely drive this car on a race track without sparing the engine, but few people make the decision because of age and rarity, so many regret not being born 40 years ago. We won't blame Porsche for blasphemy by comparing the 550A to the current Boxster. While such a comparison is an insult to the 550A, it is a perfectly understandable move, as it would be a real marketing sin not to leverage the glory of the legendary Porsche 550A into promotion, just somewhat in the form of a similar Boxster that can be much better compared to the late-914s 60. Enough listing. The car still represents what it used to be today. Just imagine what kind of attention the 911 GT2 is getting today. This is exactly how the Porsche 1958A was attracted in 550.