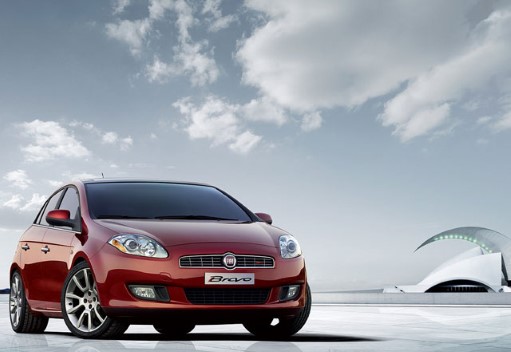 After Conservative Style, 2007. Fiat launches Bravo, which had a more attractive design. In addition to its attractive design, it offers decent comfort, powerful diesel engines, low-volume turbo engines, six-speed gearboxes (except 1.9 JTD 88 kW) and all at a great price. The main drawbacks of the Lock are just one body version and a relatively limited interior space of the vehicle.

The Fiat Bravo was produced between 2007 and 2014. During that time, he underwent two restylings. The first was performed in 2010. The second restailing of the Fiat Bravo was done in 2014 for the South American market. The Fiat Bravo has modified the front bumper and headlights, and has since been produced in Brazil as well. 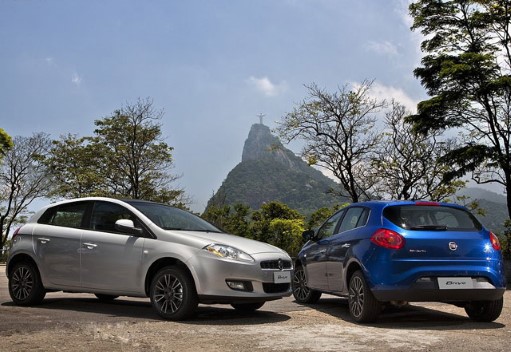 The Fiat Bravo is good in safety: it scored five stars in Euro NCAP tests, and ESP was standard on offer from the start. 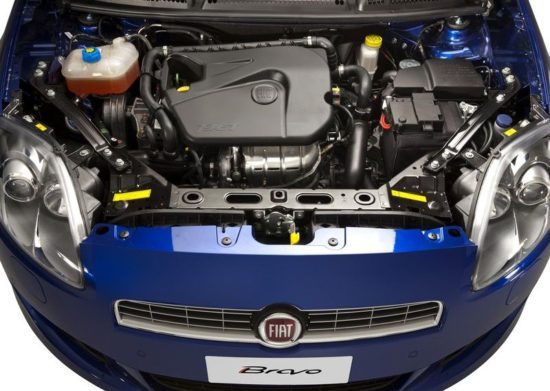 What should we pay attention to before buying a Fiat Bravo II? The biggest disadvantage of this model is the notorious strong blocks at the rear - the problem mainly relates to cars produced in the beginning. At the front trap, stabilizers are problematic, they can be heard when crossing uneven surfaces. On the other hand, good corrosion protection deserves praise. In models from the beginning of production, there are also malfunctions of refrigerators for air conditioners. Bravo II users complain of premature clutch wear. With minor drawbacks, it is worth mentioning the fogging of the headlights. Defective components also include brake caliper locks that may need to be replaced, otherwise the brake system is not very efficient.

Which of the engines has the least operating problems? As for gasoline engines, they really do not provide unpleasant surprises to their users. However, you should regularly check the oil level, which may be missing over time. The best compromise between decent combustion and good performance are super-charged 1,4-liter engines. When it comes to diesel engines, you also have almost nothing but problems with the EGR valve and turbocharger leaks.

From the disorder, there is often a loss of coolant through the porous radiator, where the only remedy is to replace the radiator. Occasionally, a water pump also causes problems. It is recommended that the water pump be replaced with a manifold. The weakness of the vehicle is the resistance of the paint, which is weak resistance to damage to the paint and scratches and damage due to the impact of stones. Occasionally, rust appears on the back of the trunk at the bottom of the trunk. Also check the functionality of the third stop light, usually the problem is weakened contacts that need to be repaired, but sometimes it is necessary to replace the whole unit. The leather steering wheel is relatively sensitive to handling and has a shorter service life. Occasionally the lights dim or flicker due to minor damage or water ingress (especially the rear light).

There are problems with corrosion of the rear part of the exhaust system (especially in the case of petrol versions used on short distances) or malfunction of halogen bulbs in low beam. Also, oil leaks on the seeds a little. It is good to check the functionality of the air conditioner, check other vehicle equipment (eg Blue & Me-reading flash drives, sms, etc.), faults are often solved by updating the software. With more than one kilometer of mileage, the front axle can be found, with wear-resistant stabilizer bars appearing for the first time, which reliably indicates the sound of the piston when crossing inequalities.

In the case of the 1.9 MJTD 110 KW motor, there may be a problem with the alternator (diode), other versions of the motor are more reliable. In the case of a diesel engine, observe the condition of the floating flywheel. Pay attention to the injectors, which detect rough and incorrect engine operation or difficult starting. Problems can be caused by a clogged EGR valve, clogged due to frequent city driving or too gentle driving. The closed EGR valve is sometimes cleaned, but replacement is more often required. Check the car's turbocharger for less traction, higher oil consumption, oil leakage into the intake manifold and the like. For 1,6 JTS and 1.9 MJTD 110 KW sometimes there are problems with the valve and especially their originally installed control, causes a sudden loss of power (engine in safe mode), cleaning rarely helps, so it usually replaces the entire intake module, because the valve is part plastic suction branches.

In the case of DPF diesel engines, the life of the filter varies depending on how the vehicle is used, DPF lasts 200-250.000 km. Sometimes, the service life can be longer, but sometimes even less, especially if the car is often used on shorter distances when the filter cannot recover well, as regeneration is often interrupted, especially the older 1.9 JTD (88 and 110 KW), which have a DPF filter away from the motor). This leads to faster wear and thus a shorter life of the DPF filter. Problems are usually reported by the light on the instrument panel, the engine goes into safety mode. The near end of the DPF filter usually occurs with an increased regeneration frequency with a slight increase in consumption. The signal to clean the filter can also be a rising oil level, which is then mixed with the fuel. It is also necessary to change the oil and filter.

With 1.4 T petrol engines, coolant leaks at the pipe connections due to poor sealing.

For 1.4 T petrol engines, pay attention to the consequences of excessive oil consumption. The problem can occur before the car goes over 100 km and indicates the wear of cylinders and piston rings.

Gasoline engines are very durable. Their only problem is the high demand for oil. It seems that in version 1.4, 90 hp per 1000 km is as much as 200-300 ml, so a refill bottle next to the extinguisher and a spare wheel is a must for this model.

With the 1.9 Multijet diesel engine (150 hp), the toothed belt may burst, which can lead to the engine being destroyed. To avoid problems, be sure that the timing belt is replaced regularly.

In cold weather, a sniffle of whispers often occurs.

Manual six-speed M32 gearbox, which can fail after 60-70.000 km (although there are also cases of driving close to 200.000 km). Its weak point is the bearing eventually returned, behind the sixth gear. First leads to the problem of speed dialing. If the bearing degradation process continues, two scenarios are possible. In the first case, the bearing breaks down and destroys the internal components in the gearbox (gears, synchronizers). In the second, it destroys the bearing in which it is installed and even causes the housing to burst. In this version the repair is much more expensive as you have to change the transmission. To avoid gearbox problems, a longer test must be performed at speeds exceeding 100 km / h at 5 and 6 speeds. The noisy operation of the transmission signals a problem with the bearing, then it is better to look for another car. It is difficult to prevent bearing failure because they are too low in oil. As a result, it cools poorly and overheats, especially when driving more dynamically. Because of this, when running quietly, the bearing can withstand much longer miles.

Another bad reputation is automatic Dualogic transmission. Not only does the dispute work, but the control system often breaks down.

Frequent brake whistling on all models. The problem is most likely due to the incompatibility of the braking material, but this does not affect the braking force.

Before procuring, note the loud base that indicates the wear of the rubber silen blocks.

Frequent occurrence of winds at higher speeds due to the subsidence of different body parts. To solve the problem, the neck position must be adjusted again, as well as the bumper.

Rear visibility is poor, so check the bumper and rear wings for any scratches.

Damage to the dashboard (carbon fiber imitation) and door panels.

Quick wear on the steering wheel lining and the parking brake lining.

Frequent burnout of light bulbs that illuminate the instrument panel and control the air conditioner.

Frequent crickets and creaking plastic appear on the instrument panel, under the seat and on the door panels

Wear of the contact surfaces of the control levers complicates the normal operation of individual functions (windscreen washer, wipers…).

Oil change according to the manufacturer at 30.000 km or two years. However, it is advisable to shorten the intervals to a maximum of 20.000 km for diesel. An even faster interval of 15.000 km is also recommended for petrol engines. They have very little oil (less than 3 liters), so they consume faster oil, which negatively affects the life and lifespan of the engine, specially equipped with more complex techniques (T-Jet and Multiair). It is recommended that you use oils recommended by the car manufacturer. The timing belt changes after 120 km - applies to all petrol and diesel 000 1.9 KW, or after 88 km for 150.000 MJTD 1.9 KW, 110 and 1.6 MJTD MJTD. Spark plug manufacturers recommend replacing spark plugs after 2.0 km, and especially in the case of turbocharged engines, it is recommended to install spark plugs of the prescribed type. All engines have hydraulic valve adjustment, except the 30.000 TDI 1.9 KW, where it is recommended that you check the valves periodically and re-adjust if necessary.