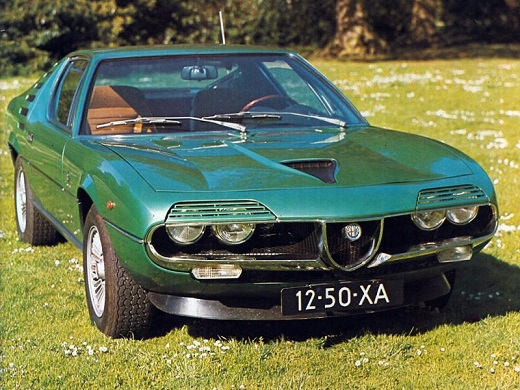 Sometimes, in the automotive industry, it happens that there are models that have every chance of great success but, for some reason, fail to achieve it.

This is exactly what happened to Alfa Romeo Montreal… In the 33s, Alfa Romeo was at the peak of its success, both in the market and on the racetracks. The line of models that bore the famous name was fresh and technically advanced and therefore unique on the roads of that time, while race cars, especially in the class of prototypes, were invincible. It was these models such as the T33 Stradale or the T3 / 8 that have long attracted Alfa designers, looking for ways to appear in some large-scale form. Still, what was most valuable about that series of runners was the engine. It is an all-aluminum V60 engine that appeared with a volume of two or three liters and which proved to be extremely reliable and powerful in racing. At the time of its introduction (mid-1967s), this unit was one of the most advanced in the world. Installation in some of the existing models (GTV Junior) was not feasible, and Alfa found itself in a situation where it had top-notch drive, but not the car in which it would be located. However, the finger of fortune appeared in the form of an invitation to Alfa Romeo to create a concept vehicle for purely promotional purposes on the occasion of the XNUMX Montreal Expo held in that Canadian city. 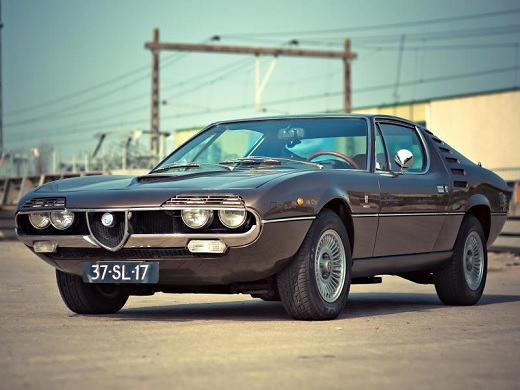 As this was not a project of great importance to the factory, the work was left to Marcel Gandini and design studio Bertone to make a prototype in the short term with that name and a centrally mounted aluminum V8 engine. The car lines were fresh and new, but very reminiscent of the Lamborghini Miura, introduced just two years earlier and also the work of Bertone studios. While working on the concept, it became clear to Alfa engineers that this was a car that could have their prized V8 engine, and from day one, concept development was under way to create a model that could later go into production. Because of this, many existing and serial parts of the mechanics were used, while the prototype body is very different from the latter production model. After the expected good reception at the aforementioned exhibition in 1967, the prototype was quickly returned to Italy and preparations for production began. Although the basic shape was known, component development flowed in two directions, the first was the development of the platform and the second was the harmonization, a racial racing engine for everyday, civilian, use.

In the end, the chassis of the Giuli model, the then mid-class sedan, was used. This decision meant that the serial model had a conventionally mounted engine (above the front axle - rear drive) rather than centrally as was the case with the concept of the same name. However, in order to reduce the cost and speed up development, the Giulie's rear suspension solution, which was not independent, was accepted and thus was unsuitable for a sports car of that strength. It remains unclear why Alpha did not bother with the part and did not install the independent suspension or De Dion system as in later models. Although the rear differential could boast an LSD system, the rigid shaft cast a shadow over other technical solutions. In the drive field, the aluminum V8 has received a volume of 2.6 liters and modifications for greater usability. Unlike its racing counterparts, instead of the multi carburetor "set up", it received Spice mechanical fuel injection, which will later appear on some more Alfini models. The power set in this way was 200 hp at 6,500 rpm. As the date of the presentation neared, the management of the company became increasingly nervous and impatient.

The engineers were instructed to prepare Montreal for production as soon as possible, and to use the elements already existing in the interior, for maximum savings and less time for development. The light of day, Alfa Romeo Montreal saw in 1970. Although it was undoubtedly a new, fast and beautiful car, its date of birth coincided with the onset of internal problems at Alfa, both financial and administrative. Since Alfa Romeo was in the hands of the Italian Government at the time, the fight over the top company position was very pronounced. All of this had a major impact on the car itself and Montreal did not get the presentation it deserved, and initial marketing was almost non-existent. Still, the very beginning of the sale was promising. When the first specimens reached the customers and when the first tests were in the specialized press, the profile of this car was finally known. Alfa Romeo Montreal boasted solid aerodynamics, competitive performance (from 0 to 100 km / h in 7.1 seconds and 220 km / h top speed), but also a problematic interior solution. Although the Monteral was a clean two-seater, the interior was quite cramped, and the driver and command position were impractical. 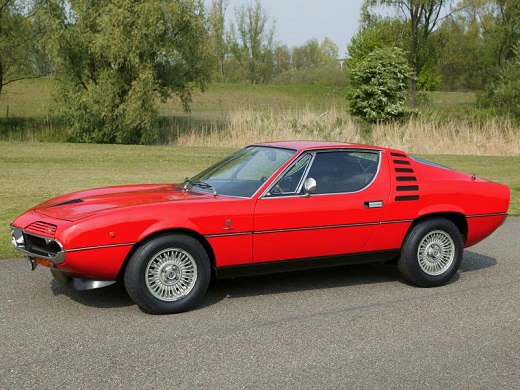 In addition, the use of Giulia control watches and switches only made the impression cheaper, and placing them deep in the dashboard only reduced visibility. Design, as one of its main assets, continued to appeal to the audience, especially with the solution of the front end, but also criticism for its similarity to Miura. Overall, the Alfa Romeo Montreal was a sports car of solid performance, attractive design, but a great impression of incompleteness and lack of development, as was noticed by automotive journalists of the period. However, the moment of the throttle, the reaction and the scream of the aluminum V8 engine were described by all relevant connoisseurs as the bright moment and the moment of complete ecstasy as well as the reason why this model should be owned. Because Montreal appeared in the midst of Alfa's internal struggles, and that he was not expected to make any profit, it was cut short from the start to the end of production. Although the factory knew that the US market was very important to her, Montreal was not approved for America and all the models that went there were private imports. Although after 1971, sales started promisingly, the number of copies sold declined very quickly, which was a sign of very poor marketing and the quality of vehicles. 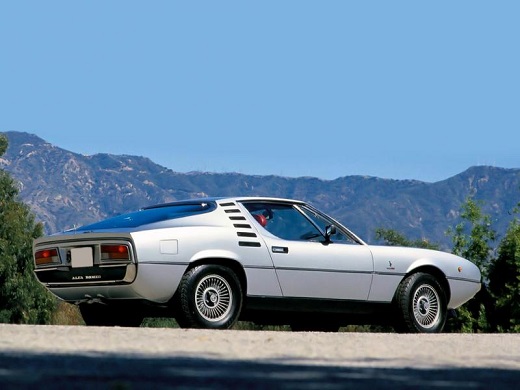 Interestingly, the traditional pain of Italian sports cars, corrosion, did not invade Montreal but the problems of finish and engine (which was too sensitive for everyday use) carried with them poor publicity. Specifically, the bodywork for Montreal was made in Bertone's facilities, in small numbers, and each was given special attention in the anti-corrosion protection to the delight of today's owners. The competition that awaited Montreal in the market was not a little naive, and they did Porsche 911, Mercedes SL and Chevrolet Corvette. In dealing with them, Alfa boasted far more interesting design, image and sheer beauty, but not power, quality and usability. During its seven-year production (1970 - 1977), Motreal did not change at all. When, in 1977, production was shut down, quietly as it had been presented seven years earlier, few in the Alfa Peak lamented the car. With only 3,917 units sold (only four of which ended up in Montreal, the city it was named after), the impression is that Montreal is a miss and an unnecessary burden on the shoulders of the factory, while to fans, this car is one of the purest incarnations the Italian spirit of sports cars. 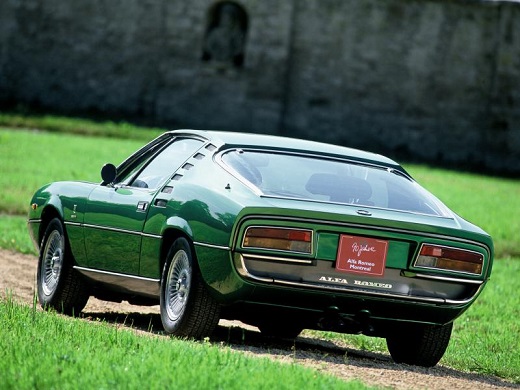 However, everyone agrees that this is a typical example of top concept, design and plant, but also the lack of seriousness of the factory and insufficient development, which was Montreal's biggest flaw. From today's distance, things have changed a bit, Montreal is relatively cheap considering its origin and rarity (around 25,000 euros), and collectors especially appreciate its strange way of life. Not only does having Motreal in the collection mean having one important and interesting part of Alfa Romeo’s history but also having a direct connection to the brand’s greatest successes through the famous aluminum V8 engine. Today, all the flaws of this model are forgiven and Montreal stands on an equal footing with other Italian sports cars as a triumph of conception, a desire for speed and beauty, something that has always adorned Alfa Romeo and will always be a feature of real cars and big brands…