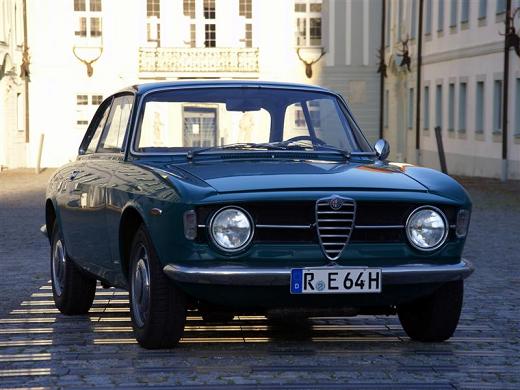 In the world of classic cars, the weight of time and oblivion is borne only by the most interesting brands and models.

One of them, which will certainly not be forgotten, is the Alfa Romeo, whose large treasury of models ensures legendary status. Among the many top machines, the model with many names stands out, of which the GT 1300 Junior is the most famous. With his appearance, he created and justified the reputation of the factory, which has remained so in the collective automotive consciousness to this day… The basic order and culture of expression dictate that something should be written about the very beginnings of this legendary manufacturer. Namely, the ALFA factory (Anonymous Lombarda Fabrika Automobili) has existed since the beginning of the twentieth century, more precisely since 1906. In the beginning, it was engaged in the sale and servicing of cars of other brands, mostly the French company Darak. 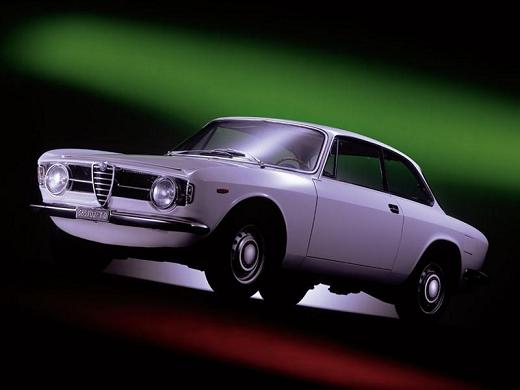 The famous Milanese industrialist, Nikolo Romeo bought the company in 1911, and in 1921 added his last name to the firm's name and began producing his own creations. Over the coming years, the factory is advancing and acquiring a world-renowned name. In the sixth decade of the last century, at the time of the great rise of the Italian automotive industry, Alfa Romeo had a reputation most similar to the one it has today BMW, as a brand whose main features are the sporty elegance, dynamics, speed and aesthetic superiority of the car and the great racing success in the background. It was at this point, in the early sixties, that the company management decided to launch a sports coupe, smaller in size, but a big "heart" that would be slightly cheaper than other luxury coupes of this brand, and would give the driver a complete sporty feel. 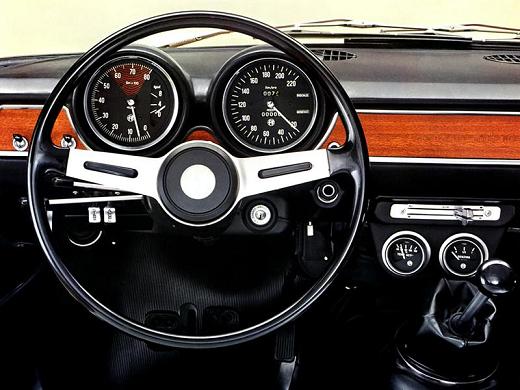 The platform was modeled on the Giulia model, a vicious sports sedan that was famous, recognized and driven in our country. The body was designed by Bertone, but it was later learned that the harmonious lines were, in fact, the work of a then-unknown designer by the name of Giorgetto Giugiaro. The new model was named Giulia Sprint GT (one of many names used), and the drive came from a famous alloy four-cylinder engine, made of light alloy, 1,570 cubic centimeters, with two camshafts in the head and two double-carburettors. At the time, it was an exceptional technical gem with a high output of 106 hp. 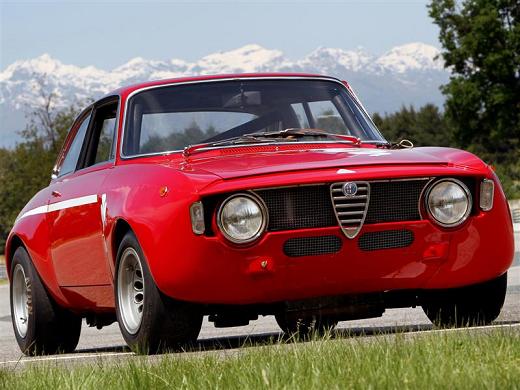 The car was unveiled on September 9, 1963 at the Frankfurt Motor Show and after the first test drive, specialist journalists were delighted. Specifically, expectations were fully met, and the new Alpha set standards in this class. In addition to the engine and rich equipment, the small 2 + 2 coupe also boasted independent suspension and, at that time, incredibly advanced four-wheel disc brakes. The interior could be found in the usual details, and the appearance of the interior did not change drastically until the end of production.

Characteristic of sports cars of the period, even this one was a bit awkward and low position behind the wheel with a strange leg position, like the one in racing vehicles, but the fantastic fit of all the assemblies and excellent performance all cast aside. The market responded well to the new Alfa and its price tag of 14,700 German marks was an adequate sum. The very next year, a convertible version called the Giulia GTC was introduced, but despite its undoubted beauty and slightly higher price, only a symbolic number left the factory (221 copies that year). In 1965, two new versions were introduced, the Giulia Sprint GTA and the Giulia Sprint GT Veloce. 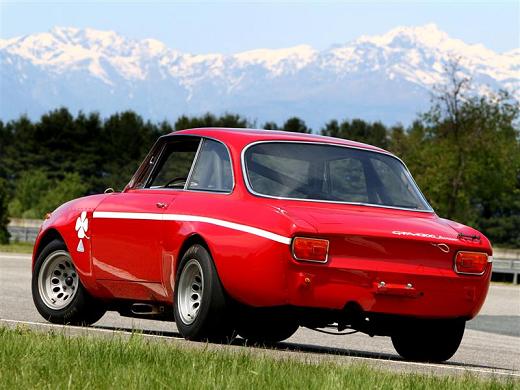 In design, all models looked identical, but the difference was below the hood. The GTA was the strongest version, drawing 1.6hp (from today's cars) from the famous 115-liter engine, while the GT Veloce was weaker by a couple of horsepower. The GTA models were intended for approval because this car has proven to be the ideal base for a racing "beast" because of its exceptional road behavior and performance. It is in those years that the sporting successes of this coupe begin. The GT 1300 Junior was introduced in 1966 and was a hugely popular version. The bodywork remained unchanged and the novelty was slightly lower in price and equipment, as was the 1.3 liter engine and 89 hp. 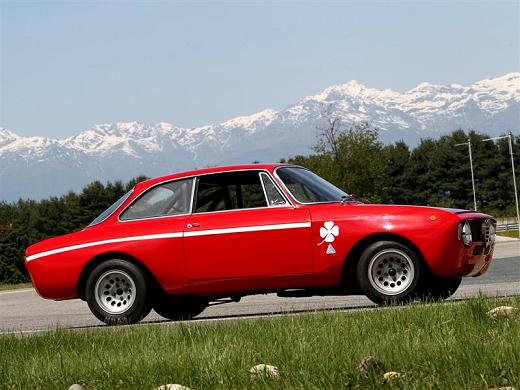 In 1967, a new version called the 1750 GT Veloce was introduced, which had an engine identical to its predecessors, but changes in the width and stroke of the piston resulted in a new volume and power of 118 hp. In addition, the first redesign came on the scene that year, featuring a different front grille with double headlights and a bit more chrome on the body and radiator grille. These changes did not apply to GTA models, and in addition to the existing one (with 115 hp), 1300 GTAs were created, which had 96 horses. It was in those years, towards the end of the sixties, that the most serious domination of these cars began on race tracks across Europe. The class of competition in which these Alphas were the most numerous is Group 2, ie the GTJ category. 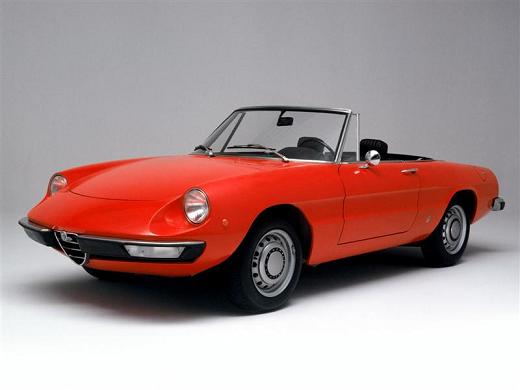 The racing department of Alfa Romeo - AutoDelta raised the power of the 1.3-liter engine up to 165 hp at 9,500 rpm. In addition to this official racing version, many models prepared in the workshops of famous tuners such as Balduzzi could also be purchased. Some of these cars were also driven in our country, where they were "ultimate racing devices" and were invincible (something similar to the Alfa Romeo 155 ST models that were driven in the domestic championship a couple of years ago). Apart from Europe, certain successes were also recorded in America, where sales were solid. Namely, this model, like the Porsche 911, participated in the TransAm championship, as the only representatives of the Old Continent. 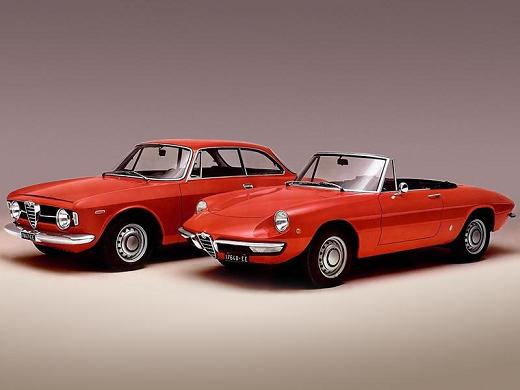 The year 1970 saw a slight redesign, and models of that age were identified by discreetly changed front lines. Next year, the strongest road version of the 2000 GT Veloce comes on the market, with a two-liter engine and 132hp as well as increased luxury. That year, the 1600hp GT 109 Junior appears. In the next period, Alfa Romeo diverted attention from this model, which slowed development, and turned to other models such as Alfa Sud or Alfeta. No matter what, sports successes continue and this car is crowned European Champion. In the absence of real competition, GTJ-class racing began to resemble the Alpha Cup competition, as there were hardly any other models. 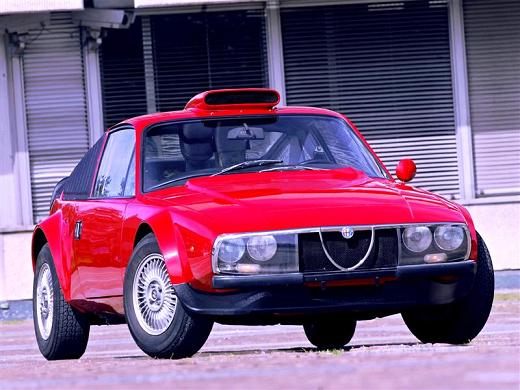 But in the mid-1977s, this successful model, after all, was slowly waning, both on the street and in the market and on the track. The end of production came in 70,000, after over 18 copies in all versions (1,000 variants and the same name) and only about XNUMX pieces of the convertible model. The end of production was also driven by the introduction of the Alfeta GT, which completely inherited the concept of the classic Giulie Sprint. This little coupe of genuine sports emotion and passion was a favorite in the market all over the world and here with us. The number of specimens transported in these areas is large and fortunately a few "survivors" have been well restored and are still in use. 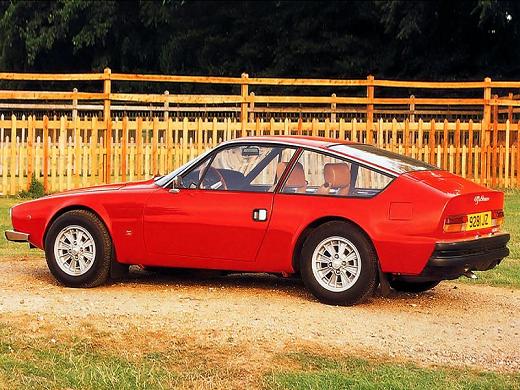 In the memories of automotive connoisseurs, this one Alfa stands as the prototype of an Italian coupe, of the best kind, that arouses passion and desire to own. The price of this classic athlete is not high and amounts to around 10,000 euros, of course, for perfect specimens, which is really not much for such an exceptional car.

Previous: Ceramic Disc Brakes: These are the most important things about them
Next: Cylinder head - What is a cylinder head? - Technique