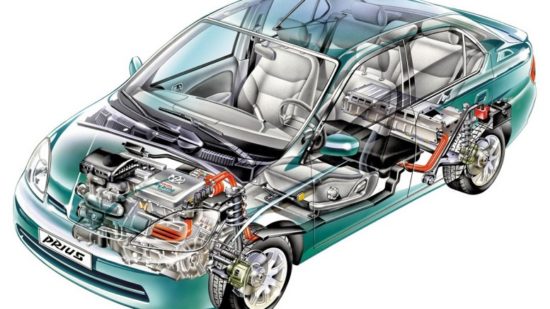 Until recently, we used the term 'hybrid', which we could literally translate from Latin as 'mixed', primarily for botany and corn varieties, but today, when the area is ruled by the ominous abbreviation GMO, our first association has unequivocally become cars. He has the greatest credit for that Toyota, which laid the foundations of the trend with the introduction of the first Prius in 1997, and still leads in the number of models and sales. More than 9.000.000 hybrids have been sold worldwide since 1997, and an impressive 7 million of that are Toyota models. But it is much less known that at the time of the presentation of the Prius, only two years were left until the celebration of the hundredth anniversary of the first hybrid car, the technology has existed for a long time, except that the conditions for its truly successful application have not been created. 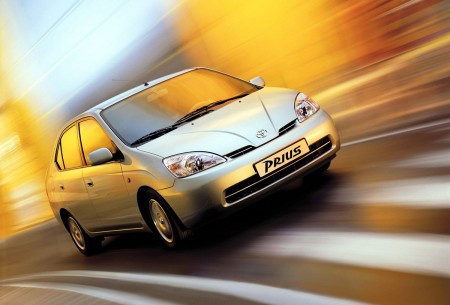 Before we briefly tell you this forgotten history of hybrid cars, let us briefly explain what this is all about. A hybrid powertrain is a combination of internal combustion engine (petrol or diesel) and electric. It is useful because the car mainly engages a small amount of power, and only occasionally the whole. This is bad for the energy balance because it reduces efficiency and increases resistance (higher mass, friction resistance and heat losses and worse aerodynamics due to the larger engine). When combined with an electric motor, it can be smaller and weaker, but still sufficient for normal driving, and with acceleration and higher climbs, the driving impulse from the electric motor is used. It does not need to be of great power, since its main virtue is the injection of torque, but of zero rev. It can also serve as a starter and generator (Start / Stop) and recycle or convert some of the car's kinetic energy into deceleration.

The first hybrid vehicles were built in countries that we don't consider to be the superpowers of the automotive industry today, Belgium and Austria. Most sources cite Lohner-Porsche, one of the first constructions of the ingenious Ferdinand Porsche of 1901 as the first hybrid, but the small Belgian Pieper factory introduced its model two years earlier. In normal driving, the petrol engine only recharges the batteries, and at higher stresses such as climb both engines worked together. Porsche had a different concept, instead of under the seat the electric motors were in the drive wheels. The problem of large masses of batteries was not satisfactorily resolved, and both factories focused primarily on trucks and buses.

Henry Pieper (1840-1898), the inventor and manufacturer of weapons of German roots from Herstal in Belgium, began work on a hybrid car as early as 1895, which his son Nicolas would complete in 1899, two years before Porsche! The production of the Pieper brand remained faithful to electric and petrol models, but according to Pieper's patents in 1906, a new brand began to work, quite confusingly called Auto-Mixte, although it had nothing to do with Lohner-Porsche's model called Mixte. Hybrid technology was more suitable for trucks, which formed the backbone of production, but by the end of production in 1912, passenger cars were also on offer. Auto-Mixte produced relatively few cars, with problems with weight and price, and from 1911 they were sold under the Pescatore brand, until they were taken over by the more famous Imperia factory.

Dr. Ferdinand Porsche, long before Volkswagen, entrusted the world with bold innovations for the Ludwig Lohner factory. He first constructed an electric car in 1900, with electric motors in the front wheels, which would be produced in approximately 65 copies, and the same year was followed by a monstrous racing model with 1.8 tons of batteries and electric motors in all wheels. It was the first car with all-wheel drive, but also with all-wheel brakes! A year later, the hybrid Semper Vivus ('Always Alive') arrived, with two petrol and two electric motors, and the concept was kept in the serial Mixte model, made until 4, along with constant refinements and the fight to reduce battery weight. but there is a replica in the Porsche Museum, while the serial model is reminiscent of the first Mercedes in design, and due to the high price, only 1905 were sold.

The development moved to the U.S., where the Woods Motor Vehicle Company of Chicago and Owen Magnetic, which changed the location of production several times, offered fairly usable but very expensive hybrid cars. The Woods Dual Power drove up to 24 km / h on electricity, and then the Otto engine would start. The fascinating patent of the electromagnetic transmission of Justus B. Eltz replaced the flywheel of the gasoline engine with a generator and a magnet, and with the help of an electric motor he moved the wheels. Owen Magnetic produced about 1915 luxury cars from 1922 to 700, which were left without successors due to the high price (already the base model cost as much as 10 Ford T or two Cadillacs) and extremely complicated maintenance. Enrico Caruso had it once, and Jay Leno today.

Of course, the Internet today is full of conspiracy theories and many are convinced that steam, electric and hybrid cars failed due to some conspiracy of the automobile-oil lobby, but the truth is much simpler. Henry Ford set the standards, made car production cheaper and produced the Model T in such quantities that an infrastructure of supporting activities and services for petrol cars was developed around the world. All the others had to disappear, they were too expensive, complicated or outdated, because there were no more investors willing to invest in the development of something that was already perceived as a dead end. Since the 1920s, therefore, in the world of hybrids, we have been recording mostly prototypes and unrealized dreams. One of the most interesting is certainly the French Arbel from 1951, with a 4-cylinder engine that powered four electric motors housed in wheels, and in a later version instead of a hybrid was conceived, fortunately not realized - nuclear propulsion. In 1951, the Arbel had only one pedal, and as soon as it was not depressed, the vehicle braked.

Large manufacturers have been involved in development since the mid-1960s, and the key result has been a regenerative braking system, patented and introduced in 1967 at Amitron, a prototype of the American Motors Corporation. During the 1960s, some interesting hybrid concepts emerged in the United States. General Motors introduced the XP-1965H in 512, and 4 years later the more serious XP-883. The 1967 AMC Amitron is notable for its regenerative braking patent. The 1976 Microdot is a British attempt that failed. Volkswagen turned the legendary T2 van into a hybrid taxi, sacrificing the passenger seat, the space under the passenger seat and part of the trunk to store the batteries - size and weight were still a big problem. Some of the prototypes were very attractive, with big design names like Richard Teague, William Towns or Brooks Stevens working on them (Briggs & Stratton used a petrol engine originally intended for lawn mowers), but things only took off at the end of the century. 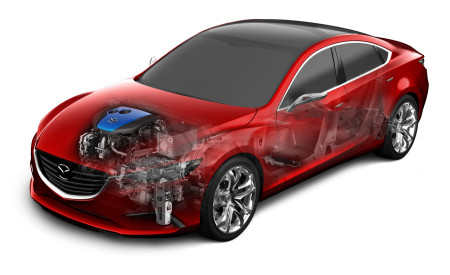 In 1997, Toyota and Audi ventured into commercialization, with radically different results. Only a hundred or so copies of the Duo were able to sell Audi, choosing the wrong approach of a hybrid drive in a car that looked like a traditional drive. The Japanese realized that the new technology needed to be promoted by a new, bold design, so both the 1999 Prius and Honda Insight looked different from anything else on the market. The futuristic Honda Insight hit the market in 1999 with a cW of just 0.25. Almost two decades later, hybrids hold a small but significant part of the market, and are offered by many manufacturers, despite the fact that mass and price increases are never fully resolved. The government's aggressive incentives have made Japan the largest hybrid vehicle market in the world, accounting for about 20% of total passenger car sales, but this is unfortunately an exception.

The development of hybrid vehicles that have a diesel engine instead of a petrol one has lagged behind a lot, but today Peugeot, Citroën, Volkswagen, Mercedes-Benz, Volvo… A are already on offer, and we expect other brands as well. but the cost of developing a hybrid drive is the main reason for the manufacturer's lag, regardless of whether to combine it with a petrol or diesel engine. If the price is not a problem? In this case, you will easily cover the development costs, so modern hypercars have a hybrid drive. Classic examples are La Ferrari, McLaren P1 and Koenigsegg Reger. The Porsche 918 Spyder gets as much as 279 of its total 887 hp from two electric motors, but it is unusual for its racing version of the RSR to use the mechanical KERS, known to us from Formula 1. It is about storing the energy obtained in capacitors, but Williams developed a coil system, which began to be used in buses. Ferrari introduced an experimental version of the 2009 GTB with KERS in 2010, and Mazda went a step further and since 599 has been incorporating a version called i-ELOOP into the serial models. 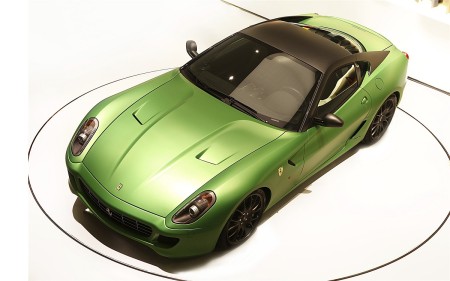 The concept of hybrid vehicles that are charged to an external outlet is also becoming more common, whether it is special charging stations or ordinary electricity for households. Before all the famous brands, the plug-in hybrid was released for regular sale outside the home country by the relatively unknown Chinese BYD Auto, and it is the F3DM model, whose deliveries in China began in late 2008. The beautiful BMW i8 is the most famous representative of this new generation of plug-in hybrids , and according to many, it is an interesting concept that represents the future of sports cars.