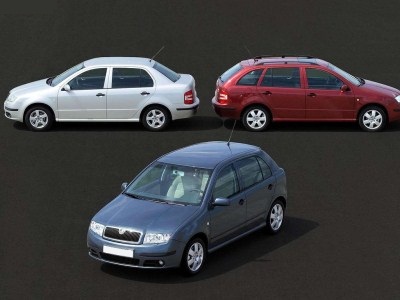 The Skoda Fabia is a car with more than good value for money, it is great to drive and offers plenty of space. Also, Skoda as a brand offers relatively low repair and spare parts costs, while reliability is at a much higher level than many premium brands. If you can, make sure the engine is overheated, as this is not a rare case because of a slightly worse installation.

The first-generation Škoda Fabia was the first small Škoda to be developed under the auspices of the VAG Group. Technical elements, as the only platform it shares with Seat Ibiza and Vw Polo, but unlike them, only the five- and four-door version (sedan, station wagon and van) is available.

Competition in the class of city cars is very high, but if one has extremely high requirements, the choice is narrowed down to several models. The Skoda Fabia is definitely in this group. It has a very wide range of engines and accessories. Another advantage is the high popularity of the spare parts market.

The Volkswagen Group took over the majority of the shares of the Czech manufacturer in 1994, the same year Felicia made its debut, but it had much in common with the previous model developed by Czech, the Favorit model. At Skoda Fabia, engineers are using entirely German technology, they have made a new car on the VW Pola platform. 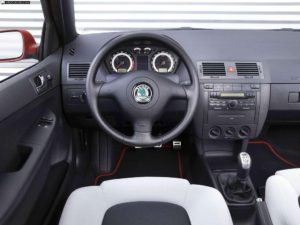 Skoda has planned for Skoda Fabia to break with the past, the reputation of bad cars boiling over every corner and the steep decline in price over the years. That's what they did.

German dashboards, with the same interior quality, make you feel comfortable at the wheel. The seats of the Skoda Fabia are stiff enough and yet comfortable for long rides. There are limited passenger seats in the rear, and the taller ones will easily be placed behind the wheel. The ride itself is great, with a good balance between comfort and lying on the road.

The Škoda Fabia is the longest-running car in its class and has effectively used those extra inches inside.

The interior of the Škoda Fabia is spacious enough and carefully decorated. The interior is made of quality materials. The entire upper part of the instrument panel is formed of soft material. The quality of the furniture increases with successive levels of equipment. 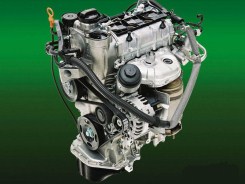 With gasoline, the emphasis is on the 1.2, which is lower, with 54 hp. With a consumption of 5 liters of unleaded, it is more economical than 64 hp and the driving difference is less noticeable.

All diesel engines come from VW.

The best suggestion is the already well-known and proven Volkwagen 1.9 TDI A 100hp PD that consumes only 4.2 liters of diesel per 100 kilometers on average. Top of the range is a 1.9 TDI PD boosted to 130 hp, with reasonable fuel consumption, sporting the RS mark.

The most durable of these is the atmospheric 1.9 SDI, with its 60hp, which has proven to be frugal. It is recommended for both the city and the route, but of course you have to get used to the right lane of the highway. There is also an economical turbo 1.4 TDI PD with 70, 75 or 80 hp, it is quite restless and noisy, but in terms of maintenance costs it turns out to be much more expensive. Characteristic sound of three cylinders, not everyone will like it.

Damages are known today for reliability. Even if a breakdown occurs, parts and repairs are not expensive, and there is plenty of service.

A few things to check when buying are any possible water leakage in the cabin, which is due to a clogged air outlet. Also, pay attention to the coolant level as small leaks, hose breaks and possible overheating are possible.

If you decide on a 1.4 gasoline you should check that it has not mixed with oil and water, as it is not uncommon for the head gasket to loosen, and such repairs are unnecessary and very expensive.

1.2 gasoline. Damage to the Fabia produced by summer 2004, the engine failure light illuminates, the exhaust system usually indicates a defect in the lambda probe.

1.4 8v (60 bhp and 68 bhp) gasoline engine. Damage to Fabia manufactured before January 2001, a problem with a bad cylinder head gasket, which can cause the gasket to break and thus mix oil and coolant, which can destroy the engine. Also, motors made by September 2001 often face thermal break failure, which can lead to overheating.

1.4 16V petrol engines. Fabia Fabia manufactured after November 2000 is liable to wear out the engine when starting in very cold weather, when the temperature is below -5 ° C due to freezing of the iberlauf. Later, this problem was solved by installing a new iberlauf, which prevents freezing.

1.4 16V petrol engines. The production of the Fabia manufactured by November 2001 could break the timing belt prior to the required replacement, causing serious damage to the valve, camshaft, pistons and clutch, which in turn necessitates the replacement of the entire engine.

With 1,4 gasoline engine versions made by March 2004, the engine control light may ignite unexpectedly. The solution is to reprogram the engine computer.

Diesel engines. At most 30000 km, the Skoda Fabia starts a problem with the thermostat, where coolant leaks from the cracks into the housing around it. It can be solved by installing a higher quality thermostat.

For models manufactured up to November 2003, due to poor factory adjustment of the front ladder, the vehicles tend to turn to the right, afterwards the ladder was adjusted.

Code Škoda Fabia made after December 2003 and those from June 2001 showed very intense tire wear.

On some models manufactured until November 2001, a problem with the electrical connectors on the sensor on the brake pedal, which in turn causes the stop light to go off.

Problem radios in models manufactured until November 2001, among other problems, including frequent disobedience of control buttons, replaced under warranty.

The body is properly protected from corrosion. Users complain about the color quality.

Rear windows. On models manufactured until December 2001, rear windows may fall in the door. 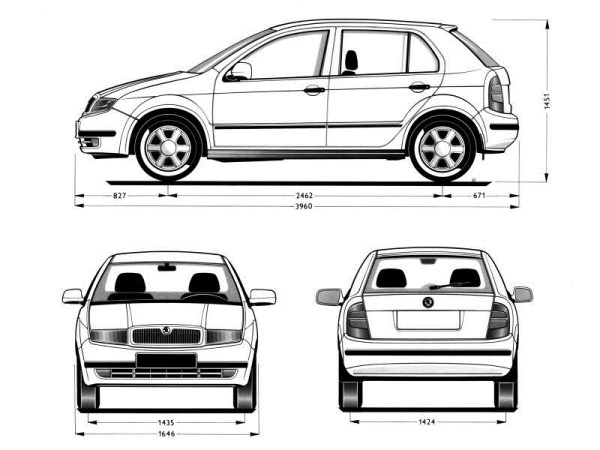