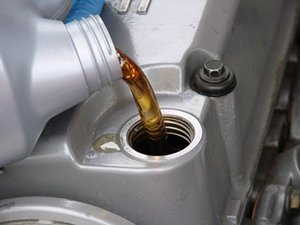 On oil cans / packaging we usually come across two labels: API (American Petroleum Institute) and ACEA (Association des Constructeurs Europeens d'Automobiles), good / quality oils must have both specifications written on the packaging, and understanding them is very important for choosing a quality oils for either petrol or diesel engines.

This specification is further divided into two subcategories (for passenger vehicles) which are:

The age table for each API oil specification by year when it was introduced is as follows: 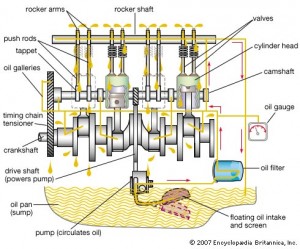 All the earlier specifications introduced before the SL are outdated for today's modern engines, suitable for some older engines, for example, because they are subject to testing standards that have been in force for more than 10 years and do not provide the same level of protection and do not contain the same high quality additive package as the SL and SM oil specifications. 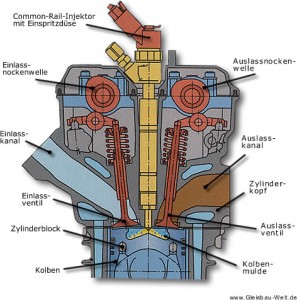 All previous specifications introduced before CH4 are obsolete for today's modern engines, they are suitable for some older engines, because they are subject to testing standards that were valid for more than 10 years and do not provide the same level of protection and do not contain such a quality package of additional additives as CH4 & CI4 oil specifications. It is especially desirable to use oils of specifications - SL, SM, CH4, CI4. 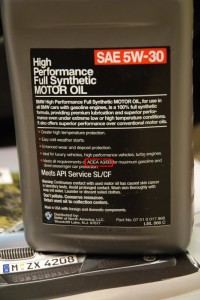 This is the European equivalent of the American API oil specification, which further complements the description of the efficiency of a particular type of oil and the classification of oils for use in certain types of engines. It is also divided into subcategories, in this case into three subcategories, which are:

It is desirable to choose the gradation and type of oil according to the factory specifications for a particular vehicle, ie. built-in engine model. Note, according to the type, oils are distinguished as:

Mineral oils are no longer used as such for modern engines, but exclusively for older vehicle models because they do not provide sufficient protection of the engine against wear and tear, and do not have a high quality package of additional additives.

Semi-synthetic oils are, by composition, a mixture of mineral oil as a base and additional synthetic oil or VI polymer enhancer (unfortunately, mostly in the ratio of 80% of mineral 20% of synthetic base or even less for a synthetic base, depending on the manufacturer) are more affordable than synthetic but do not have such a high temperature and oxidation resistance, do not last as long as synthetic ones and require more frequent replacement intervals.

Synthetic oils are by far the highest quality choice, differing from mineral and semi-synthetic oils by spec. The processing process is characterized by excellent resistance to extremely low and high temperatures and protection of the motor against wear.

It is especially advisable to use synthetic oils with a turbo engine if the vehicle is used for short distances of less than 15 min. driving multiple times a day and in conditions where the vehicle is exposed to constant low temperatures below 5C as well as high temperatures (especially if the engine itself is mechanically modified) for which there is a special index 50 or 60 when selecting the oil, which is the upper point of oil resistance high temperatures. Synthetic oils also have better oxidation resistance as opposed to mineral and semi-synthetic ones so that, theoretically, they do not require frequent replacement intervals. These oils are generally the most expensive.

Another category, which includes specially formulated synthetic oils for extreme conditions, intended primarily for modified engines with a special additive package, predominantly for use in racing / modified engines, most commonly grades: 5W-50, * 10W-60 * that certain types of these oils are not suitable for all passenger vehicles as they contain a special package of additives that are not suitable for use in everyday vehicles under normal driving / straining conditions and replacement intervals.

The recommended viscosity of the oil according to ambient temperature is as follows: 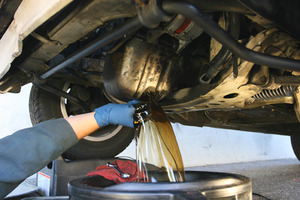 And finally a few words about how to do the oil change on your car at home. You need the following for this job:

Be sure to warm the engine to operating temperature before draining the oil from the system , then park the vehicle on a flat surface , apply the parking brake and engage first gear, place the jack in a position on the vehicle sill and raise the vehicle as far as it will go under the vehicle to loosen the drain plug on the crankcase and place the waste oil container in place. cranes place a three-legged pad

It is also advisable to place a spare wheel or something similar under the vehicle in case the vehicle slips off the mat or crane, which can result in serious injuries, so take special care that the vehicle is stable when performing any type of repairs on the lower part of the vehicle…

When loosening the bolt, immediately place the waste oil drain pan so that the center of the pan is approximately around the center of the drain bolt (pull on the PVC gloves), loosen the bolt halfway and remove the tool and continue loosening the bolt with your fingers, pushing the bolt upwards. when you release it to the end of the thread, you can suddenly pull your hand away by holding the drain screw to the side so that you will not get burned oil that will be quite hot, so be careful not to burn yourself!

Grasp the released oil filter by hand, put an old cloth under the filter and release it to the end of the thread by hand and when you remove it, turn it upside down so that the oil does not leak on the engine, because there will probably be about 2dl of oil in the filter…

When you have removed the oil filter, and when the oil has completely drained from the system, make sure to store the oil filter and old waste oil in the appropriate places, unless there are specs in your area. municipal waste bins or waste disposal centers and oil filters pour the oil into a suitable container / container and deliver it to an auto mechanic shop as the mechanics have spec.
waste oil storage and delivery containers…

Do not neglect this waste oil disposal procedure and do not discharge it into the environment or sewage system, as only one drop of waste oil can pollute thousands of liters of water !!!

Since you have selected the right engine oil for your vehicle (according to the specifications above and by grade for your vehicle model) an extremely important detail is the choice of a quality oil filter, the original oil filter filters purchased at an authorized service center are generally of the highest quality but also more expensive than the oil filters you can buy in the spare parts shops, but they are definitely worth the money, if you still decide to have a replacement oil filter stick to the renowned brands: Fram, Man , Purflux, Motaquip.

To fill the system with oil, proceed as follows - wipe the crankcase drain plug with a dry cloth, install a new copper seal ring on the drain plug (you can buy a sealing ring at any spare parts shop according to the pattern), screw the drain plug into the crankcase and moderately tighten with a wrench (with a feel, by no means tighten more than necessary!) lower the vehicle back to the ground and prepare the oil filter for mounting, here it is important to grease the oil filter gasket contact with oil before mounting back onto the engine block, dip your index finger into the oil and grease the entire surface of the oil filter rubber gasket in circular motion, thoroughly wipe the oil filter on the engine block with a dry cloth and screw the oil filter onto the block, tighten by 2/3 to 3/4 turns, and if necessary, if subsequently notice a leakage around the filter, additionally tighten with the oil filter wrench (again, with feel , do not weigh more than necessary!).

It is also a good practice to fill the oil filter with oil at least half before mounting, but it is not required. After mounting and tightening the exhaust screw and oil filter, lowering the vehicle to the ground, you can begin filling the system with oil.

Unscrew the oil filler cap at the top of the engine on the valve cover and slowly pour the oil into the system. The usual oil volume for automotive engines varies from 3.5 to 5l oil (calculated with oil filter), you can check the correct data for your vehicle in the vehicle maintenance instructions indicating the oil volume and the proper oil graduation for the engine installed in your vehicle.

When refueling, periodically check the level of the oil level control bar to avoid overfilling the system, which is as harmful as driving at low oil level!

Keep the ideal engine oil level between min. and maxi. markings on the control bar. When you have charged the system and read from the control bar that the level is between min. and maxi. marks, replace the oil filler cap and start the engine briefly and let it run for about 1 / 2min. to raise the oil pressure and circulate the oil through the system, turn off the engine later and check the oil level again (usually you will have to add an additional 0.5l of oil) also check the areas around the drain plug on the crankcase and the area around the oil filter for leaks, if notice a leak, tighten the bolt / filter 1/4 turn and restart the engine and check until the system is completely sealed. Try to change the oil on your vehicle regularly because old oil does a lot more damage to the engine than mileage! Use quality motor oils and the highest quality oil filters you can buy.