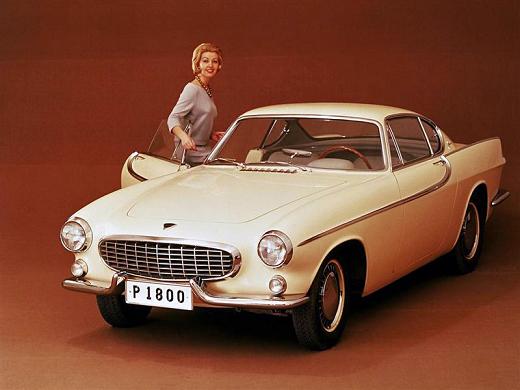 Whenever Volvo cars are mentioned, the first associations are family vehicles of undoubted quality, safety and value, but not so interesting, imaginative and made with a lot of emotion.

Specifically, such vehicles came out of the factory in Gothenburg during the seventy-year history of the brand, so this reputation was acquired at the very beginning. However, despite all the models created under this doctrine, there is one car that best combines the qualities of "Swedish steel", the elegance of the Italian body and the exclusivity of the racial coupe and thus brought the brand a reputation for speed, prestige and modernity. was missing. It is a Volvo P1800 model which is probably the most appreciated classic of this Swedish manufacturer and which is today highly ranked in the world of classic cars. The story of this coupe begins when the wider affirmation of the factory, ie after the Second World War. 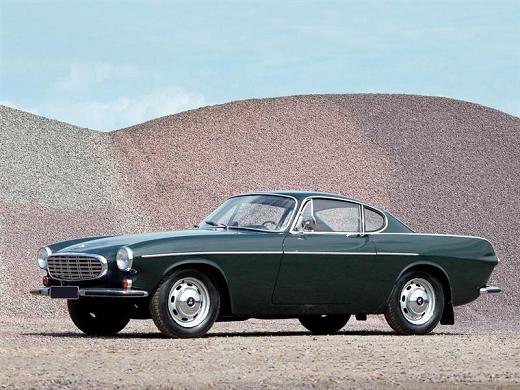 Specifically, in the late forties and early fifties, Volvo had a reliable but outdated offer as the base car model 444, later 544, and its derivatives. Just then, the export to Europe and the USA began as well as the competitive success of this car. As Volvo became more and more famous around the world, the market and connoisseurs were getting louder in demand for more modern models and sportier versions. Leading people at the factory understood the message and in the mid-1956s began, modestly at first, to develop a prototype sports car that would retain all the distinctive features of the brand but would be more contemporary and prestigious. Thus, in 1900, the P67 was created, but after only XNUMX copies, almost prototypes, the project was shut down. 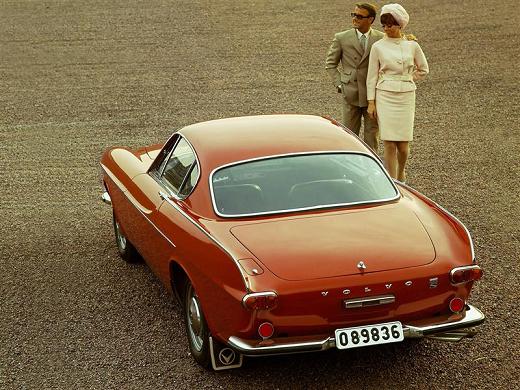 For the new sports model, the mechanics were not a problem, but the design was, and Volvo is turning to the Ghia studio, which leaves the project to its Frua division. Soon, the first drafts were presented and accepted. There is also one interesting story related to these drawings. Specifically, the author of the final design of the new Volvo was Pelle Peterson, a Swede who worked in Italy. Pelle was the son of Helmer Peterson, one of the main people in the Volvo house in charge of this project. Although it may seem, nepotism and family ties had no bearing on the choice as Mr. Peterson (senior) singled out his son's design, thinking the author was Italian. Although he was wrong about that, the body lines he chose turned out to be right. 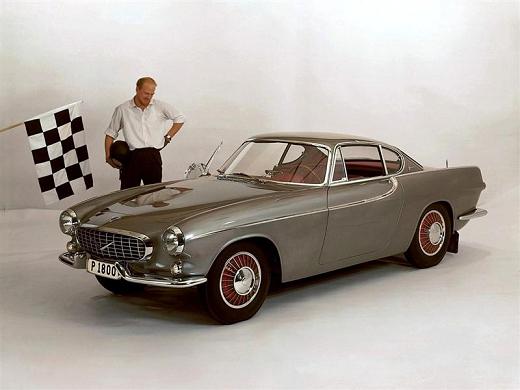 So when it comes to the Italian design of the Volvo P1800, it should be taken with a slight margin. The next step was to find production facilities, because the capacity that Volvo had at the time was simply not enough. The choice fell on the famous German bodybuilding workshop Karmann. Volkswagen reacted violently to the news of this deal, and after threatening to terminate its contract, Volvo was rejected. Eventually, the partner was found in Scotland and the Jensen plant was preparing lines for the Volvo P1800 in addition to its models. Finally everything was ready for production to begin and in September 1960, the first specimens came out of the factory halls. 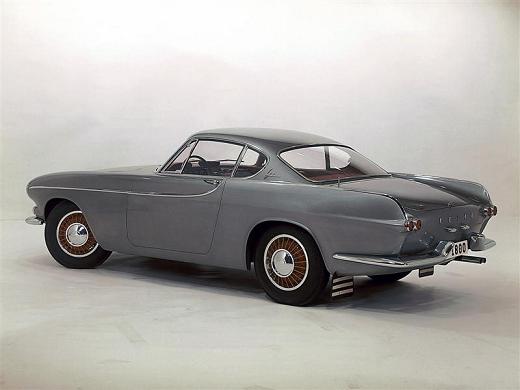 Given the place of production, the British market first had the opportunity to meet the new model. The reactions were very positive. Specifically, it was a car that, at that time, was extremely modern in design, somewhat exotic, compact in size compared to competitors, with satisfactory power and reliable mechanics. Below the hood was a proven 1778cc four-cylinder, 100hp at 5500rpm. The drive wheels were rear and power was transmitted through a four-speed transmission. Performance was satisfactory but not spectacular, meaning it took about 100 seconds to sprint to 12 km / h and top speed was around 160 to 170 km / h. 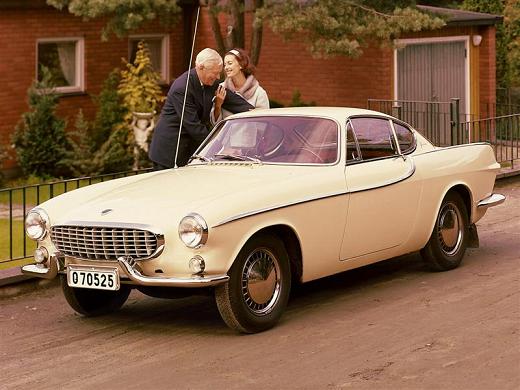 Sales have started satisfactorily, both in the "native" English and European, as well as in the economically important US market. Just in the US, the P 1800 has gained a lot of fans, because for the US customer this was the ideal coupe for its robust mechanics, decent performance and unique appearance. In addition, knowing that the price of the new P1800 for Europeans was relatively high, was adequate for Americans. The market on the other side of the Altlan Ocean immediately demanded a convertible version that was not approved by Volvo, so dealers were redesigning certain copies in their own direction. In 1964 production in Scotland was discontinued after 6,000 vehicles, out of the 10,000 planned, because Volvo was not satisfied with the quality of the car. 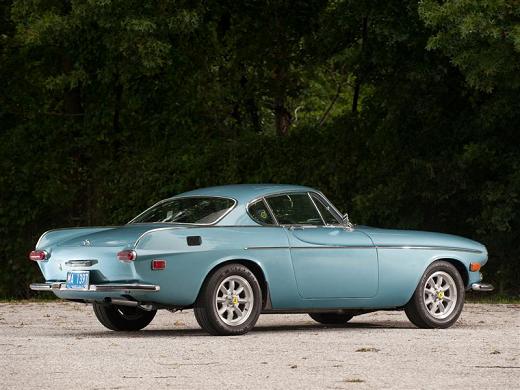 After the construction of the new factory in Torslande, Sweden, the production lines are relocated and the model has since been called P1800S (Sweden). Namely, what was not valid with these specimens is poor corrosion resistance, and this feature is to blame for the small number of surviving models in this series. In any case, the popularity is growing and this Volvo is becoming a favorite among upper-middle-class members in Europe and America, and especially in the UK. Contributing to this is the appearance in the television series "The Saint" (World), which celebrated both Rodger Moore and the Volvo P1800 internationally. Although a rich racing career was expected from this model, it performed poorly on the track. The factory had no interest in competitions, and on the other hand private teams remained unsupported, so the sporting career of this model was very modest. 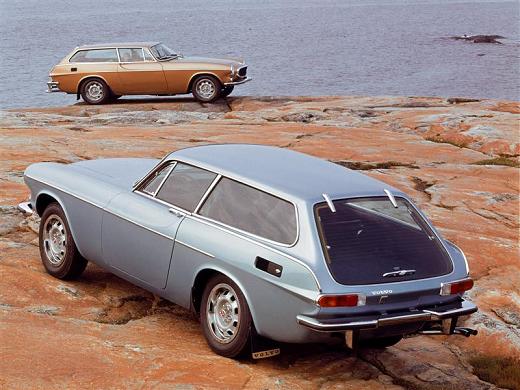 The car was practically unchanged until 1969, when a more powerful 2.0-liter (1985 cc) engine with 124 hp was found under the hood. Fuel injection has also been offered since 1970, and these models are known as the P1800E. From the same year, Volvo began making bodies that no longer arrived from Italy. The end of the sixties and the beginning of the seventies brought the first "wrinkles" to this car. Although sales are at a satisfactory level, the Volvo P1800 is no longer as fast, modern or technically advanced. Although the end is in sight, in 1972, an interesting version called P1800ES (estate - caravan) is presented. It is a coupe caravan that was created due to user complaints about the small interior space and little space in the trunk. 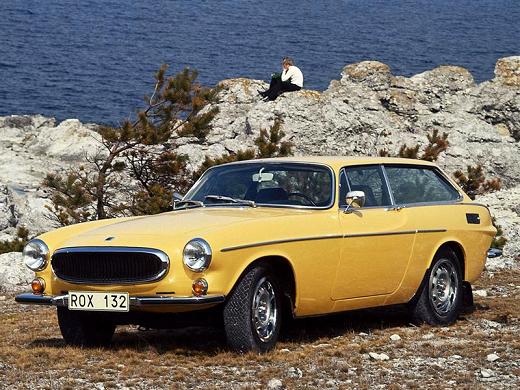 Still, the market did not respond well enough to this cute and practical car and production shut down in mid-1973 after 47,492 cars in all versions. Although not a large number, this model has been widely seen on world roads. The qualities that make the P1800 famous and for which it has earned a place in automotive history are definitely the high reliability, fantastic design and discreet yet powerful charm that it still holds today. Thanks to durable mechanics, this model has found its place in the Guinnis record book as one red P1800 has been the car with the highest mileage in the world several times in a row. In the hands of its first and only owner, a New York professor, this car has traveled over three million miles and is still on the road! According to the owner, the key is just relaxed driving and regular maintenance. 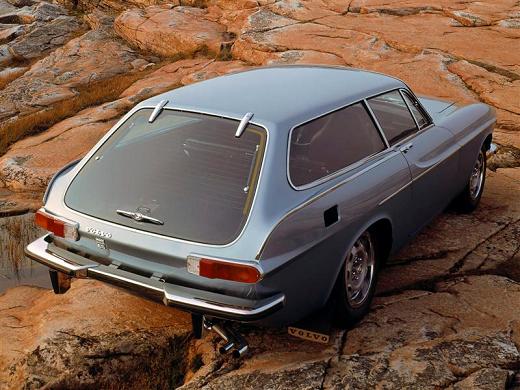 Admittedly, there is no information that there is one Volvo The P1800 driven on our roads, if so, it's only 2-3 copies, and probably less. In any case, there are no preserved specimens of this model in our country. And that's a shame, because the Volvo P1800 is a beautiful, rare and interesting car that means a lot to connoisseurs and collectors alike.