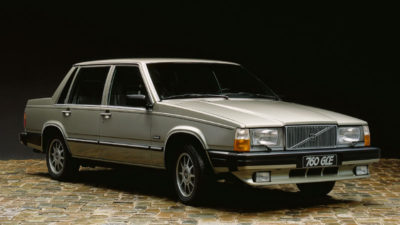 In February 1982, Volvo introduced the new 760 GLE model. Not exactly typical Volvo, but still a real Volvo car. With its appearance, the Volvo 760 actually saved the Volvo Car Corporation and announced its path to the modern company it is today.

When creating the first plans for the Volvo 760 in 1975, Volvo and the entire automotive industry faced a number of difficulties. The oil crisis has just passed, and Volvo has had problems with the quality of the new Volvo 240.

It was a difficult time for a Swedish company. Manufacturing in Torsland was expensive and unprofitable, just like car exports. The 200 series was quickly joined by a new generation of smaller models from the Dutch branch Volvo Car BV, but Volvo really needed a new representative model that would reconcile the desire for space, but also safety and efficiency. It was very difficult to anticipate the demands of car buyers during the turbulent 80s.

Volvo The 760 was created at a time when business conditions were changing on a daily basis, and different opinions were formed within the company regarding this car. At that time, there was no Internet to expand the horizons, so Volvo used the best possible tool of that time - detailed analysis of the global market and customer requirements. 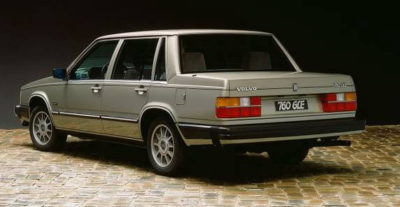 It has been decided that reliability, efficiency, durability, ease of maintenance, low noise, design and performance are the guidelines for the development of a new car in this order. It was also decided to use a robust rear-wheel drive as well as make the wheelbase 10 cm longer than that of the 240. The Volvo 760 was slightly shorter than the 240, but had the same width and was 100 kg lighter. Due to cost reductions, the technical base was, with slight modifications, taken over from the 200 Series model. The exterior design was, of course, brand new. 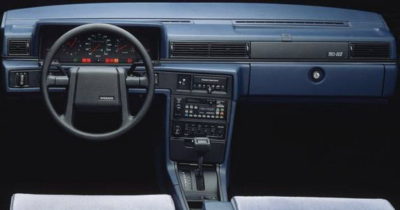 The project code P31 has been subject to constant changes. The technical specifications and design were finalized at the last minute. Choosing the right design and technical content was as difficult as it was important.

There has been a lot of controversy around the design of the Volvo 760 within Volvo itself. Many wanted a classic sedan, and some advocated a hatchback version. However, the final word was given by the financial department, which was looking for a car with simple straight lines and sharp corners, all with the aim of minimizing production costs. The Concept VCC (Volvo Concept Car) gave a hint of the final look. In the end, the Volvo 760 was a real cube in motion, which affected the superior spaciousness, and gave the car a recognizable performance and unique character. That decision proved to be the right one, because in the sea of ​​rounded and sharpened cars, the cube 760 was an extremely striking phenomenon. Special attention was paid to reliability, so the first prototypes underwent extensive testing in extreme operating conditions, covering 3200000 test kilometers.

Plans to introduce the Volvo 760 at the 1981 Frankfurt Motor Show had to be delayed, so the car was finally unveiled in February 1982. The Volvo 760 was a sleek, comfortable ride and a comfortable three-engine car; 2.3 liter four-cylinder turbo petrol, 2.8 liter V6 petrol, and 2.4 liter six-cylinder diesel from the Volkswagen shelf. With this engine, the Volvo 760 was once the fastest diesel car in the world.

In Sweden, the new 760 GLE with a price of SEK 99800 was below the psychological limit of SEK 100000, and for that money the buyer was given a richly equipped car with a V6 engine, automatic transmission, air conditioning, power steering and sunroof. It's no surprise that sales went great.

Previous: HCCI Engine - What is HCCI Engine Technology?
Next: High-mileage car - should we be afraid of it