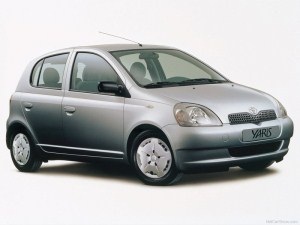 In 1999, Toyota Yaris offered the market a whole new concept of understanding the supermini class, but with a quality well known to customers. Comfort is also appropriate for the upper class, but passengers will find it a little harder to find their way to the rear bench on the three-door version. Clutch slippage is a known pain on cars driven mostly around the city, and watch out for uneven tire wear.

When Toyota introduced the Yaris in 1999, no one believed in a miracle. But the company surprised both customers and competitors with its best-made small car. The fresh look and smart interior make the Toyota Yaris a super small car that was not expensive.

Good and lively performance, from 1.0 aggregates, good equipment and solid reliability have added to the reputation of not only Toyota Yaris, but Toyota. As a used car, the Toyota Yaris attracts a lot of attention both because of the features and the price.

The Japanese have been producing quality cars for decades, so the success of their model alone is not enough. Also, technical solutions are often ahead of their competitors, but in the past, in comparison with European manufacturers, they have lagged most behind in the field of design. This is where the Toyota Yaris made a huge leap forward. Not only when it comes to Japanese cars, but in general. In the class where customers are the youngest on average, bold design solutions were sought. 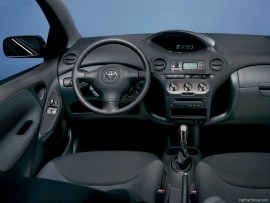 When the new Toyota Yaris was first unveiled, the competition suddenly looked kind of old. The styling of the car was superbly done, so the car looked completely fresh and offered plenty of novelties, both at first glance and in the cabin. The sheer amount of space inside has led some to even classify it as upper class. The front seats are very comfortable. The dashboard is in the middle, well designed with digital instruments, only for some people to get used to the new position and the gap behind the wheel.

The interior of the Toyota Yaris is as fresh as it first appeared. Space design of the central reef with LCD instruments is still unusual and unique today. Quickly one gets used to the good, and even faster to the best. People up to nearly two feet tall can comfortably fit into the front seats, which is a surprise for a 3,6-meter car. The driver's seat is adjustable in height as well as the steering wheel. Too bad the steering wheel is not adjustable in depth. If that were the case, it could be stated that the Toyota Yaris offers forward comfort as a class car.

There is plenty of room in the rear for both the heads of the passengers and their knees, unless the front seats are fully reversed. The rear bench is movable longitudinally, which is good if you want to increase the boot quickly and easily from 205 liters to 305 liters in volume, or if small children are transported to keep their parents at their fingertips.

When Toyota Yaris appeared on the roads of Europe in early 1999, it brought about a real small revolution. The stylists were able to pack a sleek body package that is small on the outside and big on the inside. One of the strengths of the Toyota Yaris is precisely this duality - the short car is easy to park and the interior is above average. The trick is in the roof, one and a half meters high, with minimal space for the engine. And the trunk is small. That is why the cabin is stretched to the limit. So, the designers gave the short and tall jaris a spherical shape with a massive yet cute front. From the front, the viewer gives the impression of a fond honey, so it is no wonder that it is such a common choice of young ladies.

In 2000, the Toyota Yaris won the European Car of the Year award, and in 2003 restyling was done.

All models have a trip computer that provides information on fuel consumption, average speed, range, or outside temperature. 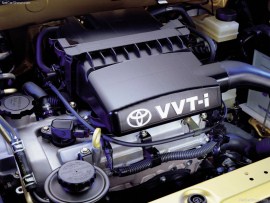 The Toyota Yaris range has been weighed down, so gasoline starts with the most popular 1.0 engine specifically designed for this model. It has variable valve timing, four valves per cylinder, two camshafts. This is quite sufficient if you do not plan further. The average consumption is even below five liters of unleaded, which is expected from such a small machine.
The revolutionary solution was the emergence of a one liter gasoline with VVT-i valve timing. It was a miracle that Japanese designers found it economical to install a state-of-the-art technique reserved for expensive sports cars in such a small engine. No other one-liter unit has that much power, or consumes so little fuel.

A 1,3 liter engine delivers a maximum power of 87 bhp at 6000 rpm. However, this power is available at high rpm, that is, at maximum, it is quite noisy. The second fact that mild sports performance can only be captured by frequent and timely gear changes will only appeal to orthodox chasing fans. Of course, this trait is not a disadvantage, given two arguments. First, the power consumption at lower engine speeds and at higher gears is fantastically low. Second, excess power comes in handy when overtaking when no one cares about noise. For the sake of confusion, the engine is up to 3000 rpm, and the 4000 is louder to make over 5500 rattles. How many people - so many flavors, so some will enjoy this acoustic symphony.
The gearshift lever is of average precision, and the gears are weighed to keep fuel consumption as low as possible. For this class of car, an acceleration of up to 12,1 seconds is a good result, as is a top speed of 175 km / h. Fantastic consumption of just an average of 5,6 liters of gasoline per 100 kilometers is a trump card that many do not pay enough attention to. A liter of fuel less than the competition at 100000 km comes as a saving of one thousand euros. Just how big he is Toyota Yaris is more expensive than some competitors, so the unmatched quality (reliability) mentioned above comes free.

Let's say that there is also the strongest gasoline, the 1.5, in the Sport model that turns this car into a real small racecar, but keep in mind that maintenance is also much more expensive than smaller engines.

After diesel, the 1.4 D4-D diesel was offered after the restyling, which the plant claims consumes on average only 3.5 liters of fuel per 100 kilometers.

The Toyota Yaris is great on the road, so you have to forgive it a little harder suspension and be ready to feel the many holes in our roads.

The VVT ​​system, which in the past was only available in luxury cars with large engines, adjusts the timing of the intake valves according to the operating conditions of the engine. In all driving conditions, the ECU of the engine monitors the speed and actions of the driver, thereby increasing valve overlap at low and medium rpm, while at higher engine rpm reducing overlap. The result is maximum torque available in combination with low fuel consumption and reduced exhaust emissions.

This is a Toyota, so don't expect to see a list of failures. The biggest problems were the gearboxes that made strange noises, although this was noticed and repaired on most models within the warranty period. Attention is drawn to the state of the clutch that it can cancel ahead of time, especially if the car is driven mostly in city crowds. When buying, also look at the condition of the tires, because if they are unevenly used, the trap is in poor condition which is expensive to repair. In addition, this is a great bargain to buy with Toyota's widely known reliability.

For models with 1.0 and 1.3 gasoline engines manufactured up to 2000, possible oil leakage at crankshaft seed.

1.0 and 1.3 engines. On models manufactured up to 2000, possible oil leakage on the valve cover gasket. Change the gasket.

Toyota Yaris with 1.0 gasoline engine manufactured before June 1999, possible clutch bearing failure. A symptom of this error is the sound of a second bearing when the clutch pedal is released.

Engine 1.0. On models manufactured in Japan until December 2001, the engine overheating lamp may illuminate. Disturbance caused by a sensor designed to detect high engine temperature.

Code D - 4D diesel generator in cars manufactured until July 2002, incidents with turbine failure. There were examples of turbine failures at different mileages and it was necessary to change the turbine.

D - 4D engine. On models manufactured up to September 2000, vibrations when starting or changing speed. Caused by floating flywheel fatigue.

Toyota Yaris manufactured before 2002, there were specific problems with the shock absorbers.

There is a problem with the door glass seal, the closing glass occasionally presses the seal and deforms it over time to hear wind noise in the cabin. Change is possible, but difficult to install properly.

Vibration and noise at different points in the interior, instrument panel and head restraint.

The plastic at the bottom of the rear bumper is sensitive to impact. Even at the lightest pressure, which can happen when parking.

Radio. On models manufactured up to 2000, the failure of the radio cassette player rotates the cassette even when the radio goes off.

Airbag indicator. On models manufactured between June 25 and July 12, 2001, the airbag light illuminates oddly: it remains illuminated even after the engine has been started or flashes while driving.

In addition to superior quality, the Toyota Yaris stands out as one of the top three engines in the class. The price for such a small car is not small, but given the excellent brakes with ABS and EDB, four airbags and a high level of equipment, then it can be concluded that buying a yaris is a rational choice. Comfortable and secure wheel suspension facilitates long haul travel. Still, with this version, there are no extreme speeds in the curves. Toyota Yaris is designed for drivers of average needs.