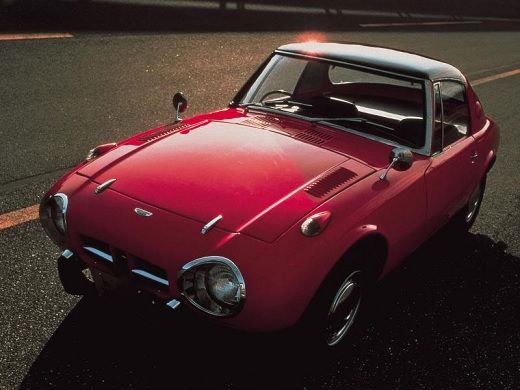 In the decade after World War II, there was a kind of renaissance of sports cars.

West coasts on both sides of the Atlantic began to cruise lavish high-performance models with diverse design philosophies, but with speed as a common denominator. Yet in the far end of the world, in faraway Japan, things went much slower. The automotive industry was in its infancy in the pre-war period, and after 1945 there was almost nothing left. After capitulation, motor vehicle production gradually reactivated, with light commercial vehicles accounting for the largest percentage. Three-wheeled vans and light-duty trucks were major contributors to the rebuilding of the Japanese economy. The range of passenger vehicles consisted mainly of miniature Kei cars, intended for cheap, reliable and economical transportation. In the late 1950s, the state got back on its feet and the first "slanting" sports cars began to appear. The growing sales of Datsun convertibles have shown that the rising sun market is ready for higher performance vehicles, encouraging other domestic manufacturers to engage in the segment. Unlike their European and American counterparts, which often had eight or more cylinders under the hood, Japanese athletes were distinguished by their much more modest engines but also at a more affordable price. 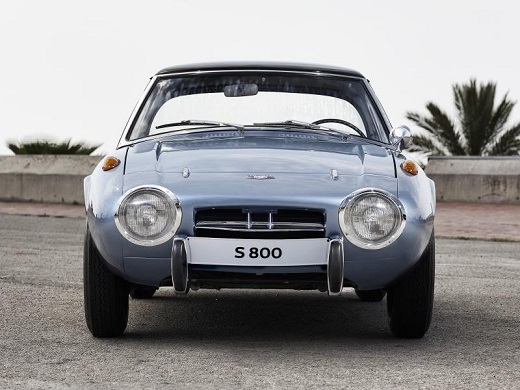 After Datsun, Toyota entered the sports car segment in 1962. The light of the Tokyo salon saw a prototype labeled Publica Sports. The futuristic, "clean" lines of the little two-seater were, at best, reminiscent of the creations of European design studios. The prototype developer was Tatsuo Hasegawa, a Toyota engineer with extensive experience in the aviation industry. The authentic solution was a movable dome-shaped roof that moved backwards when passengers entered. If desired, the dome could be removed, turning the car into an open roadster. The mechanical foundation was given by the Publica compact sedan, powered by a two-cylinder air-cooled boxer engine. The Japanese public, eager for more dynamic cars, has enthusiastically welcomed the prototype and Toyota is giving the green light to develop a production model. On the given project, support for the Hasegawi engineer was provided by designer Shozo Sato who transitioned as a loan from Datsun. Three years later, the Toyota Sports 800, with the UP15 internal designation - is the first high-performance car in the company's history to enter production. 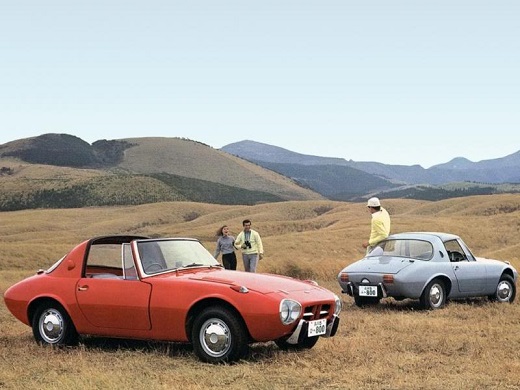 The toddler, only 3,580 mm long, was nicknamed the Yota-Hachi (Toyota 8). In the evolution from concept to production version, the movable dome gave way to conventional doors, while the rest of the vehicle underwent milder restyling. The Hasegawa / Sato duo created a car of extremely appealing and fresh design, which would sovereignly engage in a match with domestic rivals: the Datsun Fairlady, Honda S500 and Daihatsu Compagno. Immediately after entering the market in 1965, the Sports 800 becomes the first production car with a detachable roof above the seat, surpassing even Porsche 911 Targa. Typical design elements were fluid body lines, large round light groups, a narrow radiator grille and the absence of classic bumpers. The proportions were typical of the segment - long hood, short tail and fastback profile. The cabin was consistent with the vision of the time - spartan-equipped, comfort-free, with a minimalist four-meter dashboard. Owners who wanted wind in their hair could easily turn an aluminum roof panel into a Yota-Hachi trunk into an open car.

The advanced design solution was a monocoque body, and due to the use of aluminum on most of the panels, considerable mass savings were achieved. The heart of the car, like the concept, was a two-cylinder air-cooled boxer engine, with two valves per cylinder and two carburettors. The initial displacement was 790ccm, and 44 horsepower was released from the engine. Despite its small volume unit, the car was able to achieve a respectable 580 km / h thanks to a mass of only 156 kg, especially given the period and class to which it belongs. In the spirit of sports car tradition, the Sports 800 had a longitudinally mounted engine under the front hood, and power was transmitted to the rear axle via a four-speed manual transmission. During its four years of production, the Sports 800 has undergone a slight modification of the cosmetic nature. Production was more modest, from 1965 to 1969, only 3,131 copies came off the tape. The car was intended solely for the JDM market, with the steering wheel on the right, and a few copies arrived on US soil for promotional reasons. Still, the mission of the small athlete was successful - it introduced Toyota into the world of sports cars and demonstrated that the company is capable of making a sports car. 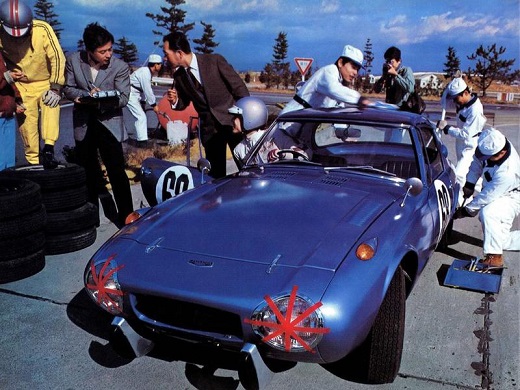 Just one year after the introduction of 800 into production, the legendary appeared Toyota 2000GT, which translated the younger brother's design language into a class of supercar. The Sports 800 gets another five minutes of glory in 1979 when Toyota based on one of them made a prototype of its first hybrid car, the forerunner of the modern Prius. Under the hood, instead of a conventional engine, there was a turbine, connected to a generator. Its power was transferred to an electric motor which provided additional power when needed. To this day, despite its historical significance, the Sports 800 has remained relatively unknown. This is especially compounded by the sad fact that less than 10% of all produced specimens have been preserved, most of them in Japan. Still, hand to heart, the model has easily gained the status of a classic, and after almost half a century and a true spiritual descendant - GT86, the first Toyota car with a boxer motor since 1969.