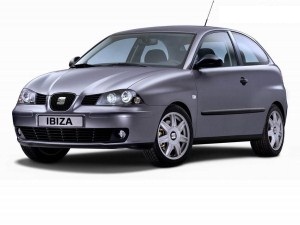 This Seat Ibiza 3 looks great, is fun to drive, has strong engines and great steering. As it tends to be sport-oriented, the suspension is quite rigidly tuned, so don't expect the comfort of a Citroen, but this car has won numerous awards in the supermini class, which is a sufficient recommendation. With elegant style and growing reputation for top quality craftsmanship.

Seat wants to be seen as an athlete in his hands Volkswagen Groups, and with cars like the Seat Ibiza, this should not be very difficult to achieve. With those sharp lines and tight, the Seat Ibiza 3 is fun to drive, if not class-leading.

The sporty Seat Ibiza 3 is the sister of the Volkswagen Polo (2002-2009) and Too bad Fabia (2000 - 2008). All three models share the same platforms and use the same components. In addition to a sharp style, well-equipped, easy to drive around the city and comes with a good selection of engines. Changes since the spring of 2006 include a redesign of the look (new front and rear bumpers and redesigned headlights) better quality and improved equipment. 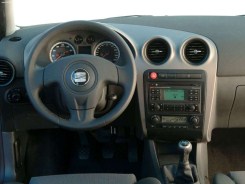 At first glance, and second, you would certainly never have guessed that the Seat Ibiza 3 was based on the VW Polo chassis. It is much more attractive and more beautifully designed, and offers greater driving pleasure. The chassis holds the track well, the steering response is straightforward and precise, and the curves are excellent.

This has its downsides as well, so expect a little harder ride, especially at lower speeds. From a driver's point of view, you don't have the impression of driving a small car at all. There is more than enough room, the steering wheel and seat adjust in all directions, so even the tallest ones will be able to sit comfortably.

Unlike its boring predecessor, the Seat Ibiza 3 features an original, aerodynamic silhouette and a stylish sports interior. Very conveniently impressed matte material on the dashboard, which limits the reflection of sunlight. All commands are at your fingertips.

On the back bench, however, a slightly different story, so a tribute to the attractive design is paid for by the passengers in the back who won't have much room, especially for the head. The trunk is at the class level.

All Seat Ibiza 3 models come standard with two airbags and ABS. On NCAP crash tests, the Seat Ibiza 3 received four out of a possible five stars, which is an average for a car of its size and age.

The Seat Ibiza 3 was not made as a sedan. The Cordoba model is an Ibiza sedan, with a trunk volume up to 485 liters. 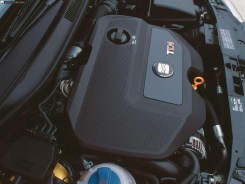 The smallest petrol engine installed in the Seat Ibiza 3 is a 1.2 (54 - 70 hp) three-cylinder engine. It turned out great in the city, it is cheap to maintain, and the average consumption you can expect is just under 5 liters of unleaded gasoline. At 150000 km, ignition coil problems can occur. The motor has a chain as a drive, instead of a toothed belt, so if the chain becomes loud, the tensioner (spanner) or the whole set needs to be replaced.

The class itself is extremely flexible and very dynamic with 1.8 T, turbocharged engines of 150 or 180 hp. Made for sports driving, for enthusiasts who don't count fuel costs. Due to the expensive repair on the head, it is not recommended to use LPG with these engines.

For those who like extremes, there are FR and Cupra models that deliver up to 200 horsepower and have been available since 2004. The average consumption of these models is about 8 liters of gasoline, but keep in mind that sports cars are designed for sporty driving, so you will have a hard time separating your foot from the accelerator pedal, and then consumption may double.

1.9 SDI - direct injection atmospheric engine. It has a poor performance, is weaker than the TDI, but is durable and really uses very little fuel. If you are looking to buy a cheap, economical Ibiza, the best option is. Other diesels are fitted with turbines.

The 1.9 TDI PD guarantees good performance. Every time you exceed 2,5 thousand engine revolutions, the acceleration pushes the passengers in the seats. All this happens at extremely low fuel consumption (5 - 8 liters per 100 km).

It can be said that the suspension is moderate - hard, softer than the Punto, but harder than, say, the Clio, if we compare the same classes.

Seat Ibiza has proven to be a durable and quality car, which is not surprising to know that VW owns this Spanish factory. This makes it difficult to point the finger at some characteristic problem that accompanies all models.

The main points to pay attention to when buying are, for example, uneven tires. This means that the trap is not in good condition, so repairing it can be expensive.

Change all speeds several times and if you hear some weird noises from the gearbox, the advice is to give up shopping. Finally, check the correctness of the entire electronics in the car.

If all this is right, this is one great half of German quality at a lower price than, say, a Pola.

1,2 gasoline engine, increased chain noise, means that the tensioner or the entire chain set is required.

Seat Ibiza may cause rust.

Noise from the wind at higher speeds, which usually appear in two places - around the front door and side mirrors.

Seat The Ibiza 3 is an attractive alternative to the Skoda Fabia and VW Polo. For people who are looking for durable and cheap cars.