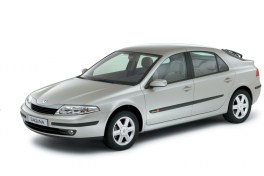 The Renault Laguna 2 is characterized by exceptional comfort and safety, but not reliability. Particularly expensive, and not infrequently perishable, are turbines on dCi diesels, while their merit with expensive maintenance is provided by intercooler and temperamental electronics. Be sure to check the tires and wheels, as some models are quite heavy on the front, so the lower unit knows that it will suffer.

Renault The Laguna first appeared on the market in 2000, during seven years of production it even experienced a restyling in 2005, when it was largely visually "refreshed", especially when it comes to the interior. 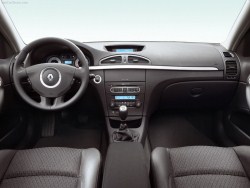 Another aesthetic hit from Reno. Definitely one of the nicer cars in its class, but looks aren't everything. Another tribute to the aesthetics is that this Reno sedan charges higher passengers, because of its beautiful lines, there are not as many places as you would expect when you see the Lagoon in the parking lot.

There is not too much legroom on the rear bench of the Renault Laguna 2, and those senior drivers will gently touch the roof with their heads. What is commendable is a large and properly shaped trunk, so there is plenty of room for suitcases. If necessary, the rear bench folds nicely, so it is possible to carry a slightly higher load. The interior is cozy, the seats provide good support, and the ride itself is calm and cozy.

The Renault Laguna 2 boasts a very practical solution when it comes to the interior, because it has many compartments, as well as more than functional layout controls. Because of all this, the car drives with pleasure, and if you mention the widely known French comfort, which also adorns this model of Renault, then comfortable driving is guaranteed for longer distances.

Please note that the luggage space of the Renault Laguna 2 is more than roomy well designed, so the maximum capacity is 430 l, while with the rear bench down, it is as much as 1340 l. 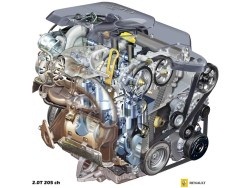 The emphasis here is on diesels, but we should also mention the gasoline variants. To start with, the smallest are 1.6 with 112 hp and 117 hp and 1.8 with 120 hp, which we do not recommend. In this case, the best choice would be 2.0 with 137bhp, 142bhp, 165bhp, 172bhp and 208bhp, which is also available with a turbocharger, and the top of the range, though very rare, makes 3.0 V6 engine with 213 hp paired with an automatic transmission that makes cruising the open roads a real pleasure.

Renault Laguna 2 diesel variants are the most represented in our market.
Motor 1.9 dCi with 93, 102, 112, 122 and 132 hp, it proved to be durable, grateful, but also quite "lively" considering it was a 1360 kg car. Also, this unit is very agile and we can safely say that it pulls well at lower revs, which is why the six-speed manual transmission is especially deserving. There are also models with engines 2.0 with 152 and 177 hp, and 2.2 with 152 hp. The best choice for diesel is 2.0 dCi with a total of 150 hp and a combined consumption of only 5 liters of euro diesel.

A card instead of a key 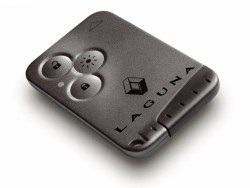 With the Renault Laguna 2 you need to get 2 cards to get into the vehicle and start the engine. Specifically, there is a backup card that also has all the capabilities as the original. If you only get one, it is essential that you make a copy as soon as possible to prevent misuse of the backup. At an authorized service station, the copy is then coded and synchronized with the vehicle's computer. After that, the missing card is no longer functional because there is only 2 active cards in the memory of the computer and the risk of misuse is eliminated.

Also pay attention to the intercooler. From the electronics, check the window lifters, tire pressure gauges and, most expensively, the correctness of the key card, which is the biggest pain. We also recommend a detailed inspection of the trap, because the Laguna trap is subject to faster wear.
An electronic card that replaces the classic key is unreliable.

Diesel engines are a common problem with the EGR valve and turbocharger, which fails due to impurities in the engine, due to the long oil change interval, cleaning required.

Under load, the clutch slips in diesel, the exhaust system is prone to corrosion. The intercooler can also be broken due to the critical condition of the turbine, after which smoke appears and the power drops significantly, a recommendation to clean the intercooler at 50 km.
With a 1,9 dCi 100- and 110-hp engine, a low-pressure electric pump that feeds fuel from the tank to a high-pressure pump may suffer.

One of the most common petrol engines has a volume of 1.8 liters, and there is also a unit of 1.6 and two liters with a volume of 16V. The coils are sensitive, one for each cylinder, and especially after washing the engine, the engine control unit can be a problem, and sometimes the throttle valve, due to which the engine does not work properly. It may happen that due to insufficient amount of gasoline, the submersible pump in the tank fails.
There is also a problem with gasoline because of poor fuel.

The tire pressure sensor is often malfunctioning due to the failure of the wheel sensor, which can be due to a punch hole or negligence of the vulcanizer.

The card reader located at the very back of the chip card is not correct for most lagoons, which is why the start button needs to be held longer, replacement is not demanding, but it is expensive.

A six-speed gearbox is appropriate as long as it works, and an irregular problem, namely, a number of owners have had a negative experience, because the gearbox has partially or even completely failed.

The ends of the steering rack are most commonly damaged on the front ladder, and the strongest block is the weak point on the rear ladder.

The headlights blurred after a few years.

When buying a Renault Laguna 2, pay attention to:

Here are the essential instructions for using a turbocharged engine. The engine should not be raised at high rpm immediately after starting! As the turbocharger shaft speed is extremely high, it is necessary to ensure adequate lubrication, which is not the case immediately after starting. Problems can also occur with frequent rapid shutdown of the engine upon arrival. It is recommended to leave the engine running in the rpm zone idle for a while (manufacturer states 3 minutes).