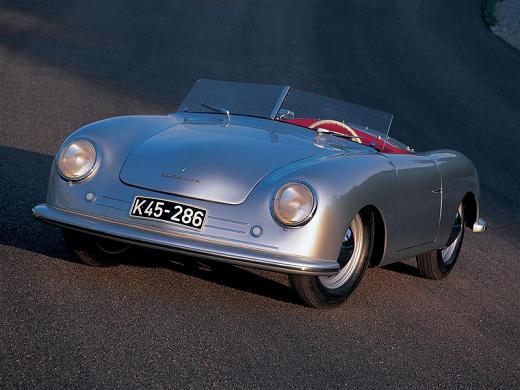 In such an environment, the fine art of making sports cars was almost undesirable. However, in such difficult conditions, one of the largest and most important sports brands in the world was created, Porsche… The man behind this legend is the famous Ferdinand Porsche, one of the most important figures of the German and world car industry of the first half of the twentieth century. Much has already been written about this, indeed, ingenious designer and his work, but the period after the end of the war is almost unknown, which is extremely important for the creation of the Porsche car factory. Namely, the end of the war, in the middle of 1945, Professor Porsche met with a team of experts in Studttgart, where they produced military vehicles for the German army. 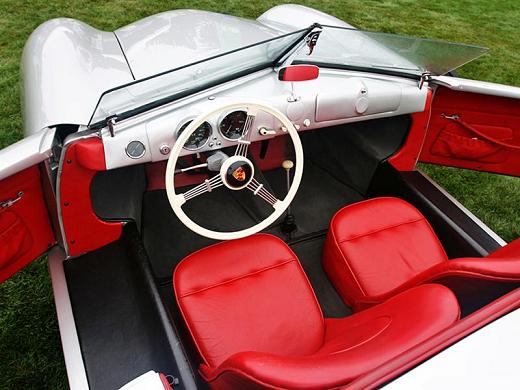 He soon moves to Gemund, Austria, where a family-owned Porsche company is established in an abandoned German military factory with a still unclear scope of business. Bearing in mind that immediately after the war, all Allied countries were extremely interested in the most famous work of Porsche, KDF Wagen, or Bubu, at the invitation of the Government of France, went to that country to consider the transfer of Bubo's plants. Although an ingenious constructor, Porsche was a politically naive person and failed to see that his vigorous opposition would result in his arrest and imprisonment on charges of espionage and collaboration with the Nazis. 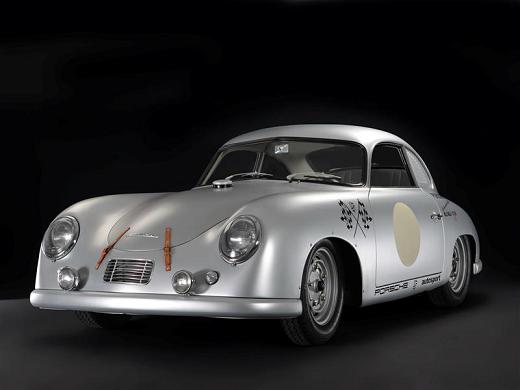 Professor Porsche, his son Ferry, and associate and friend Anton Piech were arrested, and the only way to freedom was bail of, high, 500,000 francs. Soon, Ferry was released and returned to Austria, where Porsche was engaged in a wide variety of jobs, sometimes as a regular repair shop, just to stay in business. With the help of the famous Carl Abarth, he is able to get the job of designing and constructing a small Grand Prix Cisitalia Type 360 ​​car for a wealthy Italian industrialist. With the money earned from that job, Ferry manages to get his father out of jail after almost two years. Arriving in Gemund, Professor Porsche finds a Ferrye project called Type 356. 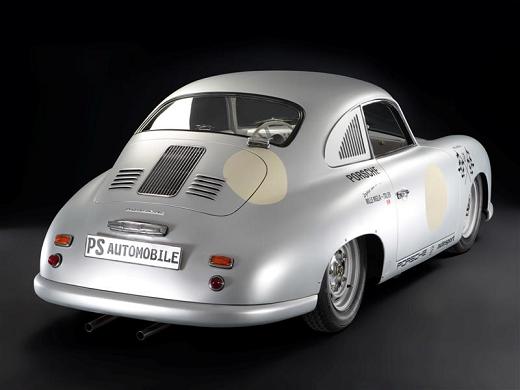 This is a small concept-based sports car that they were both most familiar with, VW Beetles. Together, they manage to complete it in a very short time. The car only existed on the billboard until a Zurich-based sports car company ordered five Porsche 356s. The first car left the factory on June 8, 1948 under the designation 356 - 001. It was a small, hand-crafted convertible designed and mechanically very much leaned on the Beetle, with a 1.1-liter engine and 40 hp. The engine, unlike VW, was mounted centrally, in front of the rear axle, and the car's body is made of aluminum. 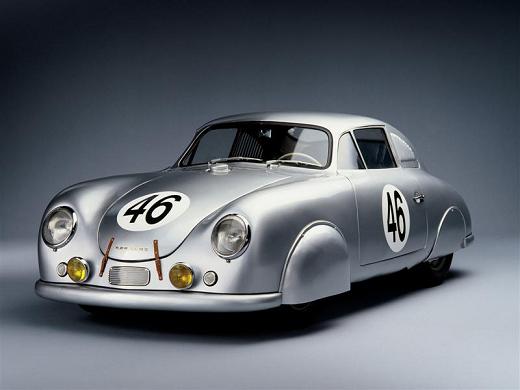 Soon, interest in this car grows and Porsche receives orders for 50 more vehicles. At the end of 1949, the factory was partly moved to Studttgart, with Professor Porsche becoming advisor to VW as well as a general importer for Austria, while his son Ferry takes over the whole 356 business. Already next year, a convertible version of the Reutter workshop is being introduced. All cars are made of aluminum and mechanically have not progressed from the prototype. However, as early as 1951, a 1.3-liter engine was introduced that had an aluminum block, a dual carburetor and, the world's first, fully synchronized transmission. 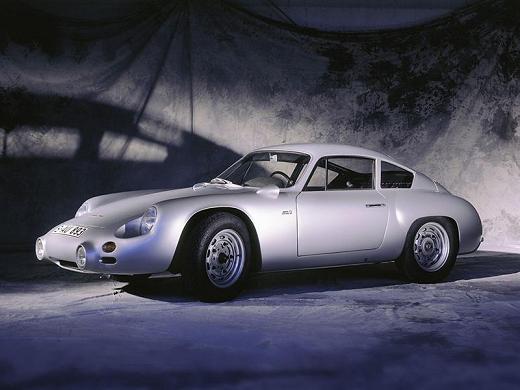 That year, the company met its first sporting successes when the 356 - 002 won at Le Mans in the 1100cc class and increased vehicle demand, but also the death of Professor Ferdinand Porsche, which hit the company hard. In 1952, the evolution of the 356 model continued and a 1.5-liter engine was introduced, which was built into a version called the "Super 1500" and developed about 70 hp. A year later, Porsche, through the famous Max Hoffman, enters the American market, and in order to modernize the design, the windshield is no longer divided. 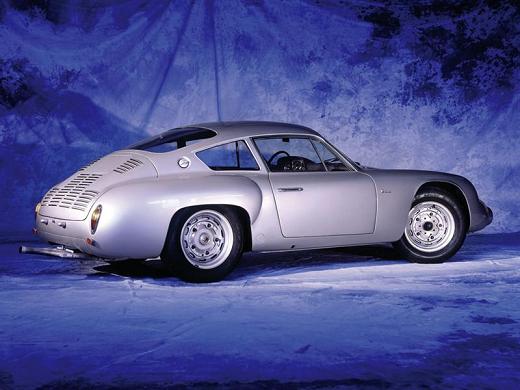 Sales in America were solid, but there was a need for a cheaper, stripped-down version that would be even more accessible to the amateur racers who at the time were Porsche's main clientele. This is why the Speedster model was introduced, which gained immense popularity from across the ocean. In 1955, the 1600 engine was offered, and racing success continues with the 1500 GS Type 547 Carrera, designed specifically for the famous Mexican Carrera Panamericana, one of the most extreme auto races in history. In the same year, all models were slightly modified in design and such vehicles were called 356 A. 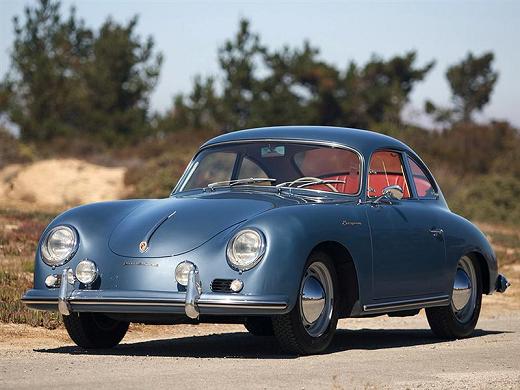 A little later, the number of copies produced reached 10,000 pieces that year. It wasn't until 1959 that the Model 356 underwent some major changes, but it continued with an enviable racing career. That year, the 1300ccm was thrown out of production and discontinued with the production of the Speedster, which proved to be extremely successful both on the track and on the street. In 1960, the design of all 356 models was again almost imperceptibly refreshed, and these cars were marked B. The same year, the 356 Super 90 version with a factory engine and 90 hp was introduced. 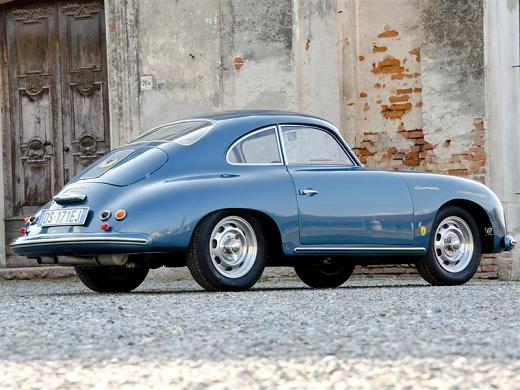 The coming years will culminate in the development of this model both technically and commercially, gaining truly global popularity. In 1963, the last evolution called the 356 C with 95 hp was introduced. These models were true technical pearls and the pinnacle of the 356 concept. They had disc brakes on all wheels, a luxurious interior and then a rare, 12V installation, the most interesting being the Carrera version with an engine that was, in fact, a derivative of the racing aggregate. Next year, Porsche introduces the second famous 911, with production 356 slowly shutting down. 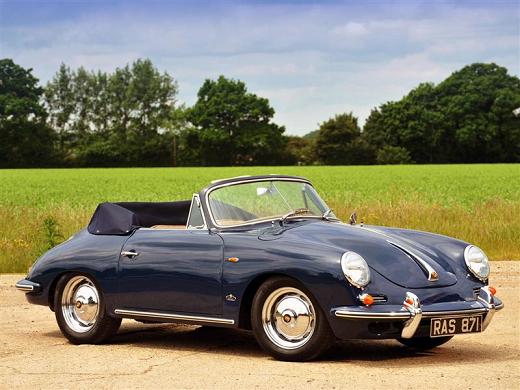 In 1966 the production of this model was completed after over 78,000 copies, an extremely large number. In the oldtimer world, this car is very important for many reasons. Undoubted qualities have made it one of the highest places in the nomenclature of classic vehicles. First of all, it is a relatively cheap, extremely durable, beautiful and very usable car. The exceptional workmanship of which Porsche is still known today is due to the fact that almost half of the specimens produced are still on the way, which is a fantastic percentage. 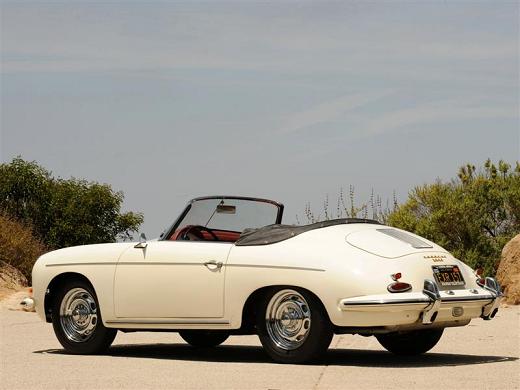 The prices of this model vary depending on whether the car is a rare, early version or standard model. Most often, average Porsche The 356 costs around € 45,000, of course, in top condition. The exceptional popularity of this model has long been known as its global distribution, and a very small number of these cars have been driven in our area…