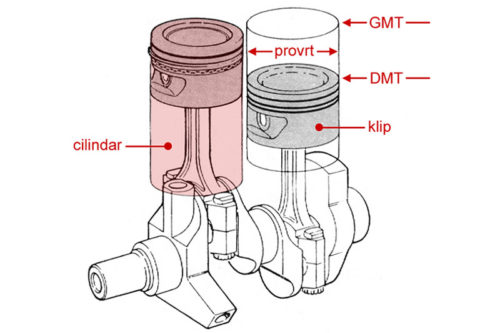 The cylinder is probably the basis of everything. It determines the unit volume of the engine (total engine volume = unit x number of cylinders), but also the noise you will produce by squeaking tires at traffic lights. As a rule, those who have more cylinders under the hood, creak louder… But, joke aside! 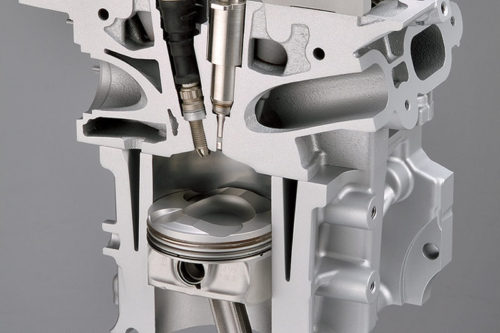 The cylinder is, as its name suggests, a part of a motor of round cross-section (pipe section) which is defined by the following dimensions: diameter and length. Basically, the cylinder is actually a "round hole" in the block of our engine, inside which the piston moves. The diameter of the cylinder, which we call piston diameter the value is self-explanatory, while the length we are interested in with the cylinder is, in fact, the distance between GMT (upper dead center - the highest position of the piston head) and DMT (lower dead center). That length is called piston stroke. 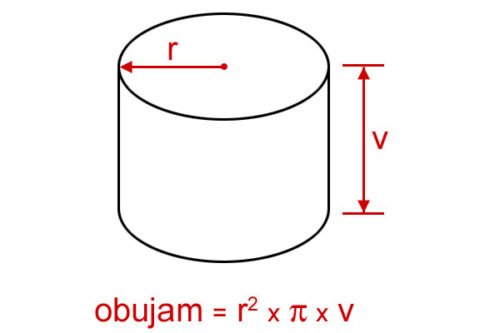 A little math that we eventually remember from elementary school: so, our cylinder can actually be represented as a geometric body called a roller (to be very precise, it is a "vertical roller"). Now,… The volume of the roller (o) is equal to the product of the surface of the roller base and its height. The surface of the base, on the other hand, is calculated as the square of the radius (r) multiplied by Pi, and then we multiply it all nicely with the height (v) and we get the volume.

It would be a good idea not to mix the units. So, when calculating the volume of a cylinder, take into account that all dimensions are expressed in e.g. mm or cm. And, please, dear students, do not ask now what Pi is, because, you know full well that it is Archimedes' constant or Ludolf number whose numerical value is 3,14159 26535 89793 and blah, blah, blah. In practice, a value of 3,14 is used.

Fortunately, here's a practical implementation of what has been learned

If you read the technical data of a car, you will often come across information about the diameter and stroke of the piston expressed as diameter x stroke. So, for example, we can take the engine Range Rover Evoque 2.2 SD4 whose diameter and stroke are 85,0 x 96,0 mm (these are nice round numbers that will make our calculations easier!). Knowing the data on the diameter and stroke of the piston of the Evoque engine, we can calculate the volume of an individual cylinder. So, in this particular case, our unit volume is 544,75 cm3 (cubic centimeters), ie. 0,54475 l (liters) - all values ​​are rounded to two decimal places for convenience. And, as it is a 4-cylinder engine, we will get the total volume of this engine by multiplying the obtained (unit) volume of each cylinder by 4. So, such a calculation would give a value of 2179,00 cm3, or 2,179 liters, which is, of course, correct data.

Once again, the three basic configurations of an internal combustion piston engine

Let's also say that in practice, for commercial / marketing / simplifying reasons, the values ​​of engine volumes are rounded off so that they can be so beautifully shaped in the designation of a car model. Our Evoque, thus, bears the 2.2 SD4 engine designation because when we round up the volume we just calculated, we can say that it is approximately 2,2 liters. Most often, the volume is denoted by one decimal place in liters, but recently we also encounter engine designations such as 1.25, where, in particular, it is a 1242 cm3 engine (strictly mathematically speaking, Ford has taken a little too much freedom in rounding , no…). 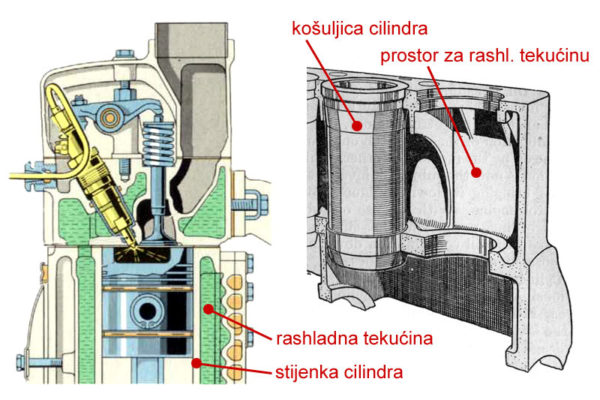 Cylinder without (left) and with liner (Daimler AG)

The cylinders determine the engine

Of course, there are engines with more, but also fewer cylinders. The most common cylinder layouts in the engine are as follows: in-line engines have cylinders in a row (usually reserved for smaller engines), V-shaped engines save on total engine length, and boxer engines have cylinders facing each other ( even force distribution and low engine silhouette).

Finally, their versions should be mentioned about the cylinders. Namely, the classic solution is certainly the "shirt" cylinders. Such cylinders have another "tube" of other wear-resistant material within their diameter. Engines made of quality alloys have no sleeves and the piston is in direct contact with the cylinder wall, which is also part of the engine block. A special solution are the so-called "Wet" liners are common in high-performance engines. Such an engine has liners that are not embedded in the cylindrical part of the block, but stand (almost) independently so that the coolant can reach them more easily. 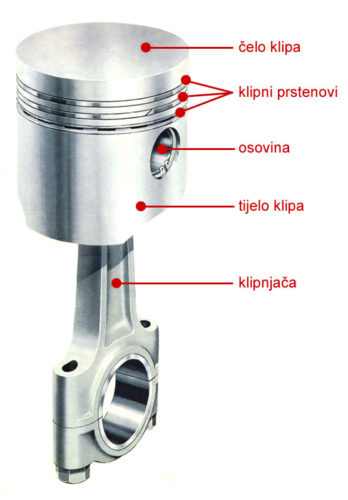 Basic parts of the piston and something else…

The piston is what "runs" in the cylinder from one end position (dead point) to another. It is a metal part that has approximately the shape of a cup with a round cross-section, turned upside down. Its task is to take on the pressure of the force that is created in the cylinder by burning the mixture of fuel and air. The pistons are connected to the crankshaft with connecting rods, where their rectilinear movement is translated into a circular one.

However, in order to allow the piston to move, its diameter is slightly smaller than the inner diameter of the cylinder (ie the cylinder liner). In order to enable sealing, ie. to prevent gases from passing past the piston into the lower part of the engine during combustion, the pistons are equipped with several rings. Most often, these are three rings, two of which are compression and one oil. The compression rings are responsible for sealing between the piston and the cylinder wall, while the oil ring has the "task" of leaving a thin layer of oil on the cylinder wall (several micrometers) as the piston moves towards the DMT. That is why there is an oil supply in the middle of this piston ring. Also, with its outer edge, the oil ring should "wipe" excess oil from the cylinder wall. 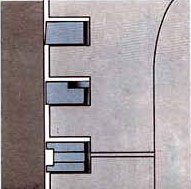 Piston rings are exposed to high wear and have been specially machined to increase their resistance. As a rule, they are made of steel and, for greater durability, can be coated with chrome, special ceramic material, etc.

These rings (so-called "rings") are the main reason why old and worn out engines smoke. Namely, you have probably heard several times that someone says that this and that engine of a car is worn out, because bluish smoke comes out of the exhaust. These are worn piston rings that (primarily oil) leak small amounts of oil into the combustion chamber. Certainly, such a phenomenon is harmful, reduces engine power and destroys the catalyst, and long-term neglect can lead to complete destruction of the piston rings, damage to the cylinder liner and the like. 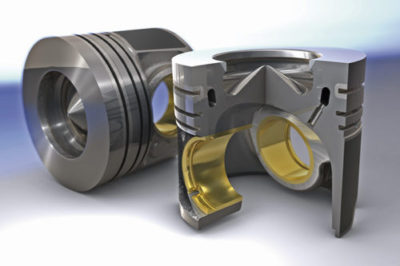 The difference between the diameter of the piston and the cylinder, ie. its liner (depending on the construction), is important due to the fact that all materials, including the one from which the piston is made, expand due to heating. That is why our piston needs to be provided with enough space, and the difference in diameter is compensated by the piston rings.

The pistons of today's internal combustion engines are usually made of aluminum alloys (by casting). They provide mass savings (lower inertia of moving parts) and at the same time a high level of thermal conductivity (which is 13 times higher in aluminum and its alloys than in stainless steel and 4 times higher than in ordinary steel). We should also mention that very high performance engines (eg above 500 hp) use forged pistons that are stronger, and are made of alloys that guarantee minor dimensional changes due to heating. In diesel engines, where higher loads occur during the expansion stroke, steel pistons are also used. Steel provides minor dimensional changes due to heating and some other advantages. But the choice of material is a matter of compromise here as well.