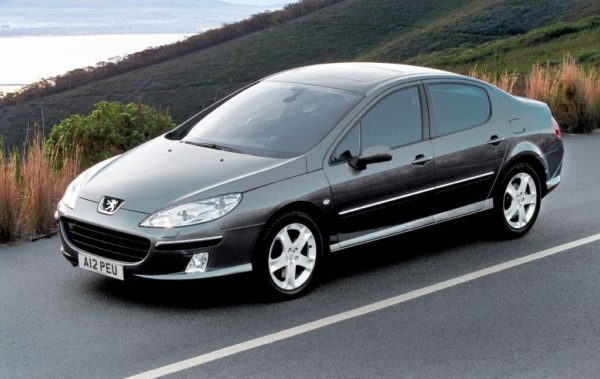 The used Peugeot 407 is so striking that if you are looking for a conventional car to drown yourself in, you are in the wrong test. You will hardly mix this or any of the newer Peugeot with any other manufacturer. There is plenty of room in the cabin, though because of the rear design, the tallest ones will have less headroom. 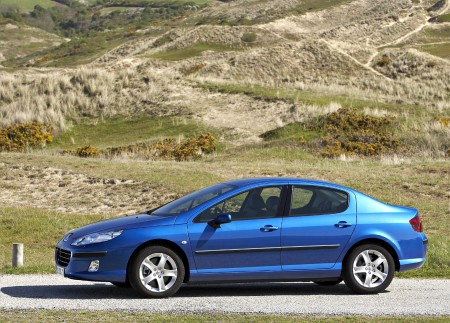 Our impression is that there are too many buttons on the dashboard, though the owners say that the habituation period is very short. As this is a family cruiser, the freeway is the place to get the best of it, though quick turns won't bring you too much pleasure because of the lack of steering feel. Still, nonchalant driving and cruising are the conditions this car was made for. 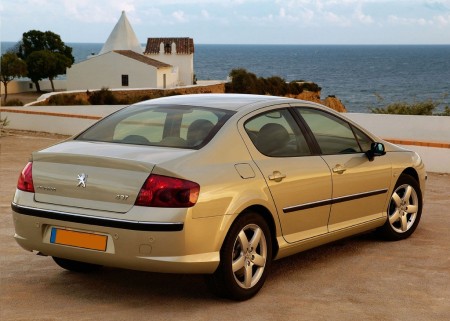 The ride is comfortable, the cabin quiet at an enviable level. There are minor problems in the city as this is not the most transparent car in the world, and driving at lower speeds can be a truck, especially on our roads. Cabin space offerings and trim levels are really great, so you can go cheaper by buying basic models.

Peugeot is known for safety, so this model is well equipped with all security devices in the basic version. 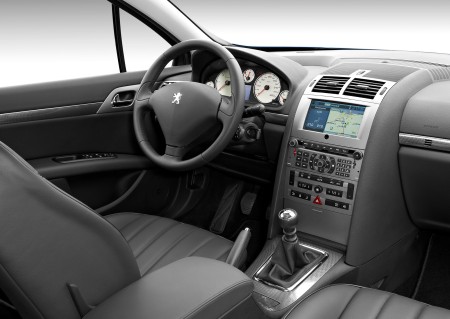 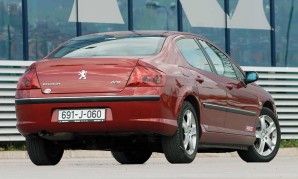 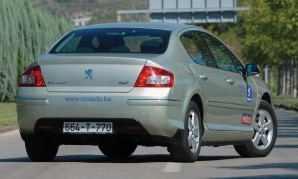 In mid-2008, the 407 was redesigned. The redesigned models are most easily identified by slightly different rear headlamps, but also by a two-piece trim on the rear bumper.

Four gasoline and four diesels on offer. If you really need gasoline, the options are as follows: the smallest, with a volume of 1,8 liters, is solid, but it has to drive a lot of gas, so the consumption is quite high, while 2.0 in our opinion is the best choice. For the slightly larger 2.2 liter petrol, registration is quite expensive, while the 3,0 V6 is a great but extreme consumer. Our advice is great HDi diesels, although they are more expensive at first.

We would avoid the smallest, 1,6, which is trying hard, but in the fight with the mass you are constantly under the impression that you lack some strength. A better choice is the 2,0 or 2,2 engine. The average consumption, according to the factory, is about five liters of euro diesel which is fantastic if it is feasible in real terms. Only the largest, 2,7 V6 HDi should go wide, as maintenance costs are quite high.

If you decide on diesel, which you should, beware of excessive exhaust smoke. This is a sign that EGR valve clogged, and there may be a problem with the nozzles, especially with our diesel quality. Also, in the event of such problems, the engine will run much noisier in the back and at high rpm, so cover your ears well. The problems with a turbocharger that are never cheap to repair are also unknown.

1.6 HDi with 110 hp, there are problems with lubrication (which is a disaster), especially if the oil is changed for a longer interval of 10.000 km. The solution is to, with the oil change at 10.000 km (of course, completely synthetic), together with the filter, clean the sieve under the oil pump at 30000 km. Otherwise, the flow of oil is blocked, due to the deposition of tar, so first the turbocharger is damaged, then the engine. Since you can’t know how that engine is treated, it’s better to avoid it.

The Peugeot 407 is a really well made car, so if the cabin has too many crickets or some parts appear to be not well assembled and protruding, make sure it is not damaged in the collision.

Models older than 2008 had problems with the under-insulated wiring of the center display on the console. Specifically, the high temperature generated behind the center section of the console led to the insulator melting and short circuits forming on the power lines, which prevented the normal operation of the display. The only way to repair the damage is to completely replace the display and wiring.

DEKRA reports also mention problems with sensitive suspension, which is especially pronounced when driving on uneven roads, and with models older than five years. Therefore, special care should be taken when buying a used car. So: an inspection on the crane is required, and then, with the suspension, the condition of the floor (especially the sills and the interior of the fenders), the front brake discs and exhaust system. According to that, it can be assessed how the car was driven and if it was maintained. DEKRA also cites problems with gearboxes. And finally: if the engine is boosted by chip tuning, cancel the purchase immediately. PSA-Ford diesels find this hard to bear.

Peugeot has been recalled 14 times and has had the most problems with the brake pump.

- The second recall of November 2005 included 8.615 Peugeot 407. The cars were recalled due to a software error. Specifically, the software sent a signal to the electric motor, which started the engine even without a key in the lock. If the car was "in gear", it would start moving. The repairers resolved the problem by installing new software, and the recall was registered with the code R / 2005/164.

- In February 2006, 319 copies of the Peugeot 407 were recalled. All of the recalled copies were computer errors that did not interrupt the fuel supply to the injectors. The injectors constantly pumped fuel into the cylinders, which had too much fuel in them. The engine could not be started and the software error was corrected on the recalled instances. The recall is registered with number R / 2006/040.

- In November 2006, 115 specimens of the Peugeot 407 were recalled. The problem was once again expressed on diesel models. Specifically, the fuel lines close to the pressure sensor were too narrow, which prevented the usual supply of fuel to the system. Moreover, fuel also leaked at the conduit assemblies. Inadequate conductors were replaced on the recalled specimens, and the recall was registered under code R / 2006/213.

- In the second month of 2007, 896 Peugeot 407s produced from February 15.02.2006, 31.08.2006 were recalled. until 2007. years. The recalled models had a problem with the electric motor of the cooling system fan that overheated and thus could cause a fire under the hood. The engine has been replaced on all recalled models. The revocation was registered with the code R / 039/XNUMX.

- In February 2008, an additional 1.140 copies of the Peugeot 407 were recalled due to brake oil leaking from the system. Oil was leaking at the valve of the brake servo unit, thereby reducing the braking force. On the recalled specimens, the valve on the brake servo was replaced. The recall is registered under code R / 2008/035.