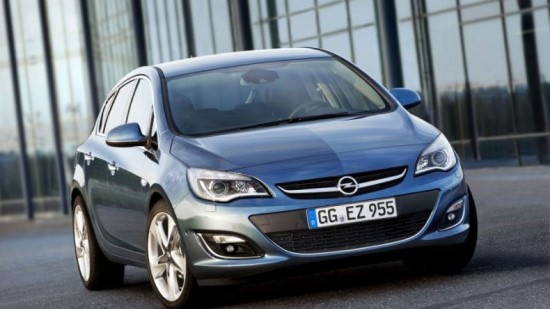 Forever second, always behind the VW Golf, the penultimate generation of the Astra is among the most reliable used cars in its class. Weight higher than the competition deprives performance, but gives a feeling of massiveness and security

The Opel Astra, no matter what model it is, is always interesting as a half-car. Recently, the previous generation (model J), which was manufactured from the end of 2009 to the end of 2015, is becoming more and more popular. ) became noticeably lower. 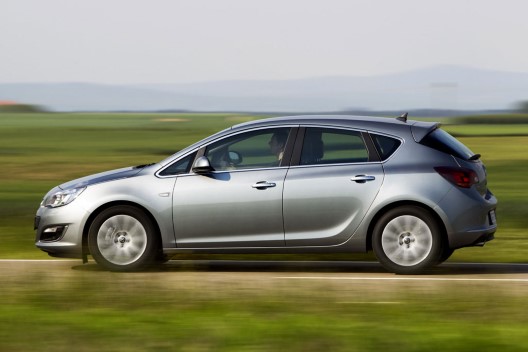 It was produced as a GTC coupe, a Caravan Sports Tourer and a Sedan sedan. A used Opel Astra J can also be a good buy and a wise alternative to the more expensive Golf VI, and in particular the Golf VII. Putting aside a weight of about 150 pounds more than the average of the class, which makes the more temperamental drivers hammer its dynamic performance, while the older ones are responsible for the increased sense of massiveness and safety, it can be said that the properly maintained Astra does not suffer from greater pain.

Three to four percent of the first series were advertised for relatively early wear and tear on wear parts such as ball joints and shock absorbers, squeaking brake pads, clutch pedal crunching, power window failure, cluttered air conditioning, and whimsical rain sensor performance. The rust, characteristic of the Astra of the XNUMXs, has no traces in this model, even those neglected specimens, and no other major flaws have been noted that would keep the owners on track. 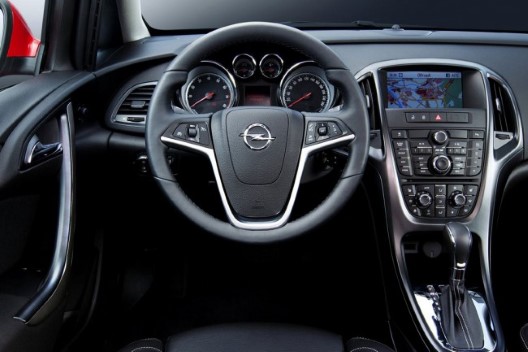 As far as the engine is concerned, the offer was great, but most of our second-hand customers are targeting a modernized 1.7 CDTI diesel, a robust Isuzu engine known for rough work and moderate consumption, and especially for reliability and durability, since it exceeds more than 300.000 km without problems. The most suitable is the middle one with 110 hp (there are also 100, 125 and 130 hp) which has the best balance of load, performance and consumption. Small diesel 1.3 CDTI (95 bhp) is weak, the strongest 2.0 CDTI (165 bhp), however, very fast but expensive and rare, while the latest 1.6 CDTI (95 to 136 bhp) is also rare and expensive. For gasoline users, the atmospheric 1.4 (87 or 100 hp) is the best choice for those who pay more attention to low maintenance costs than good accelerations. The divorce runs on a chain, and although the 1300-kg Astra is heavy with it, it trims and consumes even more than the turbocharged (120 and 140 hp), it is cheaper and more grateful to maintain. There is also an atmospheric 1.6 (115hp), and those who like to drive hard should look for a 1.6 Turbo (170, 180 and 200hp), but there is almost no supply and demand for this engine in our country.

There are very few major flaws on the Opel Astra J, but there are a lot of annoying little things. Many models have experienced problems with front brakes and disc vibration. The wiper sensor is prone to inaccurate reading, which causes them to start when there is not even a drop of rain on the windshield. Due to inadequately tuned control software, diesel models are regenerating DPF filters it did not light until it was completely clogged. In this case, the so-called "Safe mode" is activated and the car must be serviced. The 2.0 CDTI diesel engine has a nozzle lock caused by a software bug. In both cases, Opel has upgraded the software.

The owners of the first series of the Caravan Astra were confronted with a loud "roar" of fuel in the tank, which is Opel corrected over time by installing higher bulkheads. Diesel engine failures are not uncommon, and the oil pressure indicator could break, causing the indicator light to light, suggesting a low oil level in the engine. The hum from the ventilation after shutting it down is addressed in the warranty by reprogramming the climate computer.

The error in the operation of the automatic headlamps was also corrected in the same way. The chronic pain of all Astras from F to J is also the clutch pedal crunch, which can be partially resolved by lubrication. There was also a problem with the electric parking brake mechanism, the cables of which rusted excessively. The result was most often a single wheel lock. On certain lots, due to improper electronic connections in the power windows and malfunctioning of their switches, there was an automatic lowering of the windows when the car was locked and parked.

Despite the strong suspension, which has a semi-rigid shaft at the back with a Watt link, many of its components cannot handle the combination of bad roads and high mass for long. Suspension ends, abutments, shoulders and stabilizers are most commonly affected by suspension. On the manual transmissions, the bearing scheduling and failure at the third gear synchronous have been recorded. The body is well protected against corrosion, with rust being the most common exhaust system and the last pot.