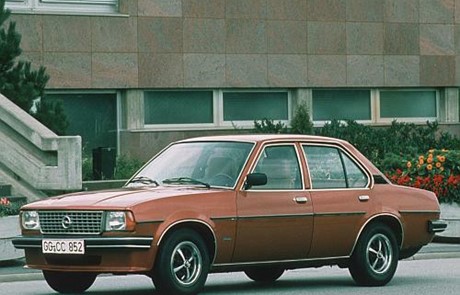 Conceived as a heiress to Cadet, and instead successfully filled the gap between him and Record

In today's time of high specialization and miniature market niches, it is difficult to understand the former automotive world, where it was normal for factories to have large gaps between models. Extreme examples like Citroën or BMW-a first come to mind, but a similar situation was not uncommon in others. In the late 60s, Opel was trying to steal customers from the Kadett by Volkswagen, while at the same time attacking the more affluent Record. The idea for the factory management was to increase Kadett to the next generation, but at the last moment, when the successor was almost ready, Opel learned that its biggest competitor, Ford, is planning a new mid-range sedan, the Taunus, positioned above the still-fresh Escort.

Opel has therefore decided to develop a smaller car, which will become known as the Kadett C, and sell the unsuspecting successor of its best-selling model as a completely separate car. The new model was introduced on October 28, 1970 under the name Ascona, taken from a small Swiss resort on the shores of Lake Maggiore. Slightly chosen, the name was already protected, because some special versions of earlier models for the Swiss market knew how to carry that label. Simple and sonorous, it had the advantage that it was not taken from a well-known locality.

Well today, although we wonder if the model would be equally successful if they were called, for example, Zivogosce or Barbariga, we believe that many more people (in Europe, on other continents as well as in the UK, this car was sold under a number of other names) connects the name Ascona with Opel rather than the town it was named after. 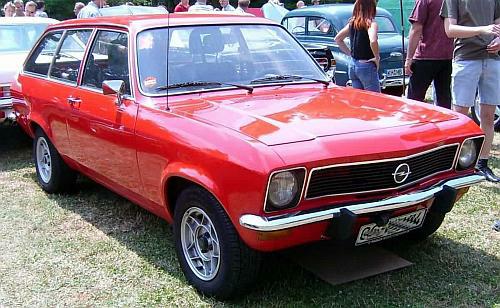 Opel The Ascona was introduced less than two months after the coupe model on the same platform, the Mante, and somehow remained in its media scene all the time, even though it was a very popular car, for its time very high quality, albeit conservative construction. On the Cadet platform, it was powered by Record mechanics: 1.6 petrol with 68 hp, 1.6 S with 80 hp and 1.9 SR with 90 hp (the first two are derived from the Record 1.7). Then, at the time of the oil crisis, the base model 1.2 was introduced, with a Cadet 60 hp engine. It sold in the multi-million edition and represents a great market success for Opel, but somehow the factory from Rüsselsheim always treated this accidentally created model a bit stepmotherly.

Let’s just look at the selection of body variants: in the first generation, made until 1975, you could choose between two- and four-door sedans, as well as the Voyage station wagon, but only in the three-door version. In the B series, made from 1975 to 1981, only two sedan versions were offered, and in the third, last generation, from 1981 to 1988 (when it was replaced by the Vectra), a five-door combi-limousine variant was added. Compared to many versions of the direct competitor, Taunus / Sierra, it is clear that Opel's choice was exceptional and that, especially in terms of lack of caravans, they gave up a good part of the market cake for reasons that have never been clarified.

Fortunately, Ascona was also very successful on the market in a limited number of derivatives, thanks (at least in the first two series) to a harmonious, somewhat Americanized design, relatively affordable price and the classic build quality that Opel brought to good standing, only to be in the XNUMXs. and especially in the XNUMXs managed to almost destroy the fast-moving Vectras and Astras. 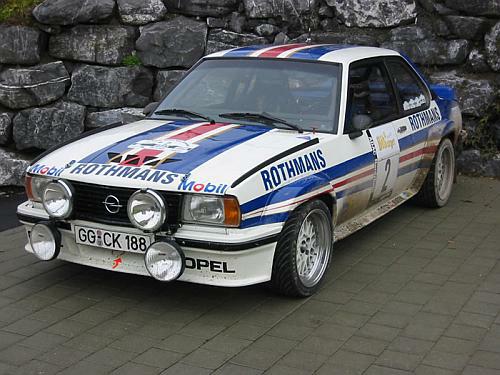 Ascona B was a very successful rally version, and version 400, made for the legendary Group B, also won the 1982 World Cup title.

Quite a number of Ascons in the first two series at some point served as a donor of parts to the more popular Manta, which is happening today. It is interesting to mention in this context that Cinderella was actually much more successful in sports, but the A series models were very successful rally cars of the early seventies, and in 448 copies the Group B model, marked 400, brought Walter Röhrl the title of champion in 1982. world in the sport (in competition with the ‘somewhat’ more legendary Lancia 037), the last for a rear-wheel drive car. But even then, Opel preferred the Manta, so it more or less introduced an almost identical, but much less successful car on the same mechanical basis, with a body that evoked the Manta.

Admittedly, Ascona C was already out at that point, so it really made more sense to advertise the coupe, which remained in production. Even today, despite its history, the Manta 400 is twice as expensive as the Ascone 400, which, with the rare Keinath convertible version of the C Series, can be considered the only collector of interest in Ascon. Let's hope that changes, though, since the first two Ascones are very good rear-wheel drive cars (the third is only recommended for 'XNUMXs geometric lovers and horrible plastic accessories), and the Model B in particular has a sleeker design that is more comfortable than ever most competitors of the time. 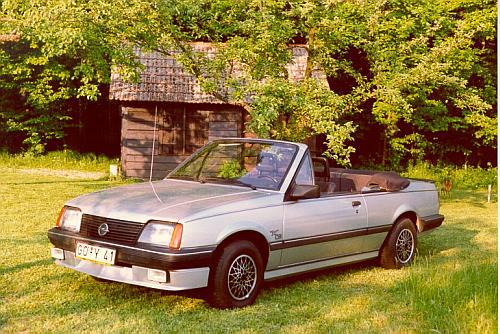 Motorization was in line with the usual for that time, from 60 to 115 hp (passenger 400 had 144, and racing up to 340 hp), and from the end of the seventies, diesel engines were also on offer. Our pick would be the Ascona B in one of the romantically named pastel colors of the time like ‘yellowish-green’. Of course, we also prefer Mantu, but Ascona also deserved to be remembered!