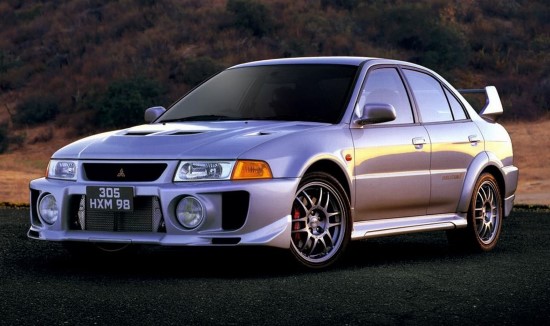 The word evolution is used to signify some kind of change through the generations. Japanese manufacturer Mitsubishi decided in 1992 to introduce the model, which they called exactly that Lancer Evolution. This way we bring an overview of all 10 generations of Evolution, which, to the disappointment of all fans, ceased production in 2016. The market is dictating trends and the Japanese manufacturer has decided to focus its efforts on crossovers and hybrids, and there is clearly no room left for the Evolution story. To all angry sports car fans, the memory of Mitsubishi immediately comes to mind Lancer Evolution, so we will go through the history of this legendary model.

Production of the second-generation Evolution began in December 1993. Compared to the first generation, the most improvements have been made in terms of stability and road holding. The whole car was wider and had a longer wheelbase. Engineers increased the engine's power to 256bhp while maintaining the same torque. While manufacturers are often criticized today for their new models being not sufficiently different from their predecessors, in this case we see that in the past the changes were not drastic. Thus, the visual differences between the first and second generations are minimal.

Based on the same platform as the EVO II, the Lancer Evolution III brought the already proven formula to small changes that further refined the model. With this model, designers and engineers worked closely together to make every part except the visual impression contribute to the aerodynamics and cooling of the car components. Engine power was increased to 273 hp while the torque remained at the already mentioned 309 Nm of torque. The changes to the 2,0-liter four-cylinder included, among other things, the new 16G turbocharger . The Finnish rider Tommi Makinen won the World Rally Champion title in 1996 with the rally version of this model (and he will repeat it three more times with the Lancers EVO IV, EVO V and EVO VI).

In August 1996, the Lancer Evolution IV was introduced, which was set on a slightly heavier but more rigid platform than its predecessor. This model is powered by a 2,0 liter twin-scroll engine turbocharger power 280 hp. For even better driving characteristics, there is a limited slip differential. Customers could choose between the GSR and RS (Rally Sport) versions. This generation also got the Active Yaw Control system, a kind of "electronic brain" that distributes torque to the wheels according to needs and self-assessment.

In addition to its driving characteristics, the fifth generation stood out with its impressive design. Massive fog lights and bumpers and a huge, adjustable spoiler lured the views everywhere it would appear. ET wheels were changed from 45 to 38 (to make the wheels even farther from the body), and the rims of 16 inches were replaced by those of 17 inches. The reason for these changes? Brembo brakes that could only fit inside the wheels that way. The Evolution V's torque was increased to 373 Nm, so the acceleration and inter-accelerations were noticeably better than its predecessors. The reliable version of this model won the World Rally Championship in 1998, with Makinen at the wheel again.

The sixth generation of the Lancer Evolution has only made small changes to its predecessor. Specifically, the cooling and durability of the 4G63T engine has been improved. In Mitsubishi, in honor of Makinen, they decided to make a special version of the Tommi Makinen Edition, which was released in late 1999. It stood out with a different front bumper, red-and-black Recaro seats, 17-inch Enkei white rims and Momo steering wheel. In addition, it was slightly lower than the serial version. Many have called this car the Evolution 6.5.

Made on the Lancer Cedia platform, the EVO VII has grown from its predecessor, with weight gains, weighing more than 1400 kg (with accessories). Although the weight has increased, the magnification and steering have been improved. Although the power remained at 280bhp, the already mentioned Active Yaw Control system was further improved, with the EVO VII offering tighter steering, with many praising the driving characteristics and the fun it offered while driving. For the first time in this generation, the GT-A with automatic transmission was also on offer.

EVO VII hit the market in early 2003. In addition to the SAY Control being further upgraded, the eighth generation also offered for the first time a 6-speed manual transmission. Buyers in the US have had good luck as this particular model is the first Evo to be available on the market there. In addition to the special MR version, the FQ400 version, which was fired at 405 hp, was particularly prominent.

The "laity" will very easily replace the ninth generation with its predecessor, since they are visually quite similar. It had its premiere in the first half of 2005 in Japan. The power of the famous 2,0-liter engine was increased to 291 hp with 392 Nm of torque. Another specificity of the ninth generation is that it was offered for the first time in a caravan version, which combined peppery performance and practicality. 2500 copies were placed on the market and all were sold on the Japanese market.

The Lancer Evolution X is specific in that the famous 4G63T engine has been replaced by a new aluminum 2,0-liter 4B11T I4 turbo engine. The latest EVO has been criticized for its weight since it weighed a whopping 1600 kg. In addition, the latest version of the EVO X Final Edition developed 303hp, an increase of a measly 12hp from its predecessor. In the whole story, the best customers went in the UK, where they offered a special version of the FQ-440 MR, which offered a high 450 hp.

The last copy of the tenth generation came off the production line in May 2016. Mitsubishi has decided to put this cult name on its new electric crossover, which has caused some outrage among people who believe that the word Evolution should not stand on such a model. 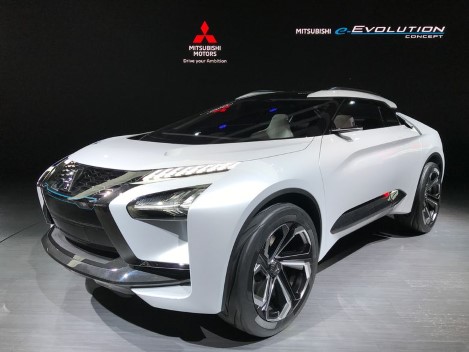