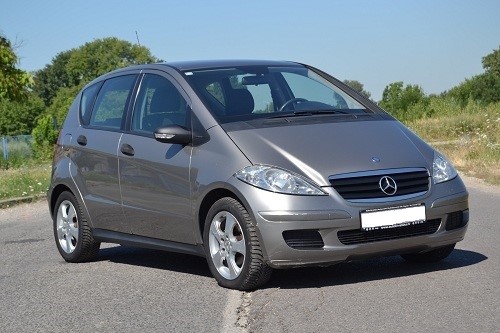 The Mercedes A-Class was introduced in 1997 as a world wonder and the most revolutionary car in history, and after the presentation, it had problems due to the affair with overturning in a test drive. The problem was in the rear suspension, which at high speeds in the bend, due to deformation, causes the orientation of the rear wheels opposite to the front (this increases the centrifugal force), high height and, especially, the desire of journalists to make a sensation. Everything was quickly reconstructed, and the suspension stiffened, which reduced comfort, but the A-Class began to show virtues, primarily miraculous spaciousness and functionality in the length of only 357,5 cm. Due to the interest of customers, the L version (long wheelbase) arrived in 2001, stretched to 377,5 cm.

The initial series was not without objection. What bothered her the most was the rigid plastic, which would loosen quickly on bad roads. There were also problems with the rear suspension, which had broken rubber supports and springs, and the rear drum brakes also broke down. The biggest problem of the first petrol series was the camshaft timing chain, which, due to traction and wear, often failed after only 80.000 km. Fortunately, an unpleasant noise would start first, so most of the replacements were made before the engine crashed (piston and valve collision). There were also problems with the fans and hoses of the cooling system. The majority was resolved by 1999, and since 2001 it has been A-Class, placed above average in all reliability statistics. 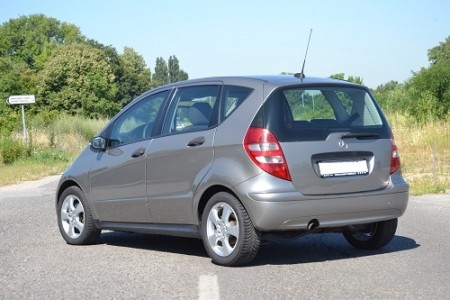 A solid, exquisitely protected tin, which has not the slightest trace of rust after eight years, is a great virtue of all Mercedes. The quality of plastics is, in part, not at that level.

The second-generation model, introduced in 2004, was extended to 384 cm, and the role of the extended, L version, was taken over by the B-Class model in 2005. Already at the start, he proved to be more solid. The quality of the second-generation Mercedes A-Class is best shown by the test model A160 CDI from 2005, which has driven 187.149 kilometers so far. It shakes a little more when starting, which is a consequence of worn-out engine mounts, and when you add gas, you can hear a slight whistling of the turbocharger. But after the first kilometer, we concluded that the engine was still at full power. It is a good recommendation to buy in the fact that it is a basic version of the long-running (83 x 92 mm) Mercedes turbodiesel series OM 640.

The first virtue is only 82 hp, which is quite sufficient, and the engine is mechanically and thermally a little loaded. This guarantees its reliability and longevity. In the 180 CDI, the same engine is equipped with an intercooler, which increases its power to 109 hp (by compressing it behind the turbocharger, the intake air heats up and therefore expands, so as it passes through the intake air cooler it can collect more and fit into the cylinders), and in the 200 CDI version it is equipped with a VNT variable geometry turbocharger and charged to 140 hp. So, besides being less burdensome, there is no intercooler on which oil leakage can occur, nor a turbocharger with turbine stator blades prone to clogging. 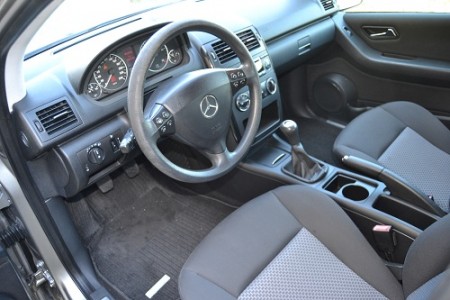 The convincing condition of the interior of the model shows high quality. There are no armature vibrations while driving, and the seats are free of visible wear and tear.

They are bothered by small things, such as the failure of the switch for electric window starting, which is not made at the Mercedes level. A bigger problem was the recent failure of the electric driver's window lifter, which is no exception with the first series models. But all controls have maintained compactness and precision, and the power steering and air conditioning work flawlessly. The A-Class is above average quality and reliable car, as shown by the breakdown and reliability statistics of the German TÜV.

Mechanical problems include the front selenium blocks and stabilizer links, and several cases of steering rack failure have been reported. Gasoline models have sensitive coils. Diesels are, in general, more reliable than petrol ones, and they had problems with the air flow meter, injectors and EGR valve. The latter is mainly a consequence of poor quality fuel. Fortunately, no problems with the phase chain have been reported, as with the 2.2 series OM 651 diesel. 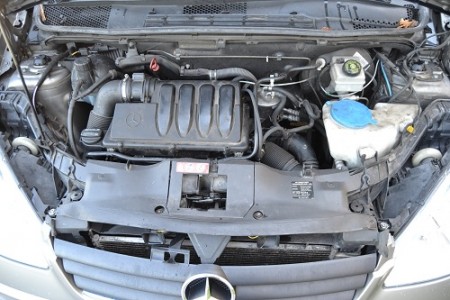 The two-liter turbocharger with the least power on the market is reliable and durable, while maintenance costs are reduced by a classic turbocharger and the lack of an intercooler

So, everything is OK and compact, the steering wheel is without gaps and the transmission has maintained precision. The clutch still 'bites' well, although it only catches after a third of the stroke, which indicates the start of wear. But the fact that it has not been changed so far, and that it will last at least another 50.000 km, confirms the high quality. When heated well, the diesel engine runs completely still and pulls continuously, without initial weakness. However, we advise the future owner to service the turbocharger, with thorough cleaning, replacement of bearings, seals and valves and precise balancing. After that, the hand can be put into the fire to cover at least another 100.000 km without major problems.

Before buying it is important to look under the vehicle because they are exhaust system and front discs compromised only by sharp driving and poor maintenance. Special attention should be paid to the rear suspension, because of the rigid version on bad roads, it is more susceptible to damage than the front suspension. Caution should be exercised with diesel engineers, because of the risk of returning mileage, especially in the case of more powerful models. 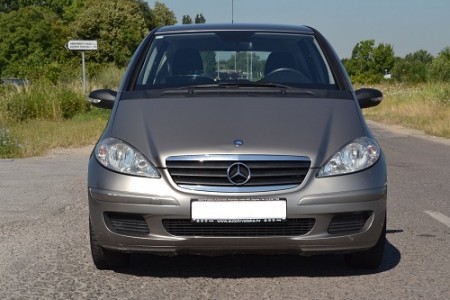 … Mercedes should not be bought by those who do not have money for maintenance, because parts and maintenance are relatively expensive. You should not shy away from petrol models, because they can be bought cheaper

Tags: And the class, CDI, Mercedes, Mercedes A Class

Previous: FROM AM RADIO TO MP3 PLAYER…
Next: Karl Benz