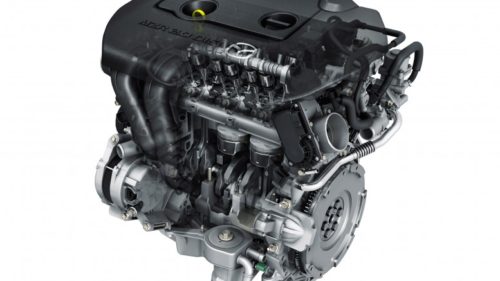 Just a few years ago, Mazda was synonymous with car boredom. Indeed, she made the legendary RX-7 rotary engine Wankel, but the rest of the range are old engines. Everything changed at the beginning of the twenty-first century, when the Japanese decided to attract customers not only with models without problems during operation, but also with an attractive design. The rivalry with strong competition on the Old Continent was helped by the diesel engine 2.0 MZR-CD. Is it worth the interest in the secondary market as well?

The 2.0 MZR-CD engine debuted in 2002, along with a new one Mazda Model 6. Its history dates back much further - technically because it is the development of the RF series engine, which first appeared in 1984. For the Japanese engine manufacturer 2.0, the MZR-CD was the first attempt to create a diesel engine based on a common-rail system. The design of four cylinders, four valves per cylinder uses, among other things, one additional camshaft, variable geometry of the turbine blades and a floating flywheel, and the injection system was designed by Denso. The unit is available in two variants - 121 or 136 hp. It is interesting how they give identical torque - 310 Nm at 2000 rpm. From the very beginning, the engine gained a large group of supporters, which owes its economy, quite good dynamics and high work culture. The 2.0 MZR-CD engine in addition to the Model 6 is installed in a compact "three" and MPV van.

Already in 2005, the engine underwent its first modernization. Among other things, a second-generation common rail system appeared, as well as a more efficient and compact turbocharger. It was also decided to reduce the compression range and improve the catalyst. Equipping the DPF filter helped to further reduce the emission of harmful compounds into the atmosphere. The 136 hp version has been replaced by a 143 horsepower engine. Two years later, another variant debuted, this time with 140 hp. With appropriate changes, including, among other things, the suction system, improved DPF and new ECU engine is able to create an even more economical and cleaner drive. The engine eventually disappeared from the offer in 2011.

A DPF filter on an engine used only for city driving can cause problems, can cause clogging of the soot particle filter, which leads to a decrease in engine power and fuel reaches the oil, which causes the oil level to increase.

Like most competing units, the 2.0 MZR-CD engine with higher mileage (… About 200000 km) will require some financial investment - replacement may require, among other things, a turbocharger, EGR valve and floating flywheel, and even a DPF will sooner or later it will later remind you of their existence. Unfortunately, this is not the end of the list of vulnerabilities. The most serious problem is related to the lubrication system, and more specifically clogged sieves block the flow of oil, which in turn can lead to serious engine problems. There can be several reasons - one of them is the metal shavings in the engine. The quality of the oil and the regular replacement of the oil with a filter are not without significance.

The savings made by replacing the oil and oil filter can have a negative impact on the durability of the camshaft, the first cam can be erased. Injectors can incur high costs. There are cases of intercooler leaks and problems with the hoses that connect the intercooler to the turbocharger. The cause of low-speed ripples and temporary loss of power during acceleration is often due to damage to the SCV valve on the high-pressure pump - its fault may indicate that it will soon have problems with the pump.

Shopping Mazda with a 2.0 MZR-CD it can be risky, but deleting this unit from the very beginning of the search is not a good solution. Much depends on the attitude of the previous owner, the history of the vehicle and our future actions. If we follow some important rules, we will significantly increase the life of the unit.

Previous: Auto parts - Do I need to overpay / save on auto parts?
Next: How to download anaser from Mercedes A class? - Video