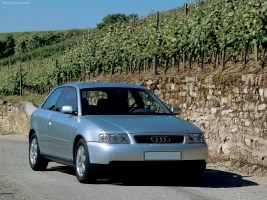 The first-generation Audi A3 follows the image of a reliable car, and when buying, keep an eye out for service history and the status of the catalytic converter. The oldest models also had problems with the coolant pump.

In addition to the technical requirements, the Audi A3 1.9 TDI satisfies its discerning customers with its simple appearance, reasonable price, but most of all, the image of the reliable car it has been building since 1996, when it arrived on the market. Today, however, car buyers in this price range are facing a difficult intersection. The question is clear: to choose an Audi A3 or, say, a half-smaller but also smaller city car. In a city car, we don't have the equipment like the Audi A3, we don't even have the image that the A3 has, but that's why we have fewer miles in wheels and fewer years in the traffic booklet. Although quite old, the Audi A3 does not have to be a bottomless hole. Of course, at least half of the used car market is well-deserved and inadequately maintained, which means that this car, without at least partially known history, should not even be considered when purchasing. Although it is old, the replacement parts are not very cheap. In the end, though, we're talking about premium Audi. On the other hand, regularly maintained, with a neatly filled service booklet, can be as reliable as a new car. 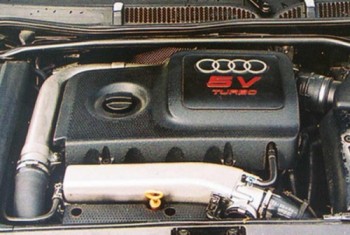 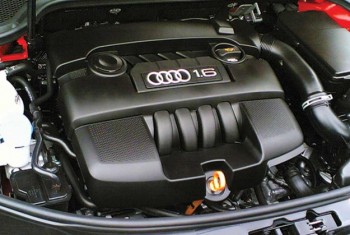 The Audi A3 still looks respectable enough today. More important, however, is that the A3 was created at a time when there were not as many tradeoffs in the auto industry as today. So, those still driving on the road have powerful but unloaded engines and full accessories like we don't often find among the cheaper compacts today. When it comes to a used Audi A3, it's a pretty easy choice. There are three basic versions that dominate the market and are divided into models with a 1,9-liter TDI, 1,6-liter gasoline atmosphere and 1,8-liter turbocharger. There are some other variations, but these three versions are the most common. 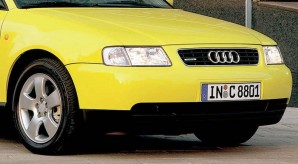 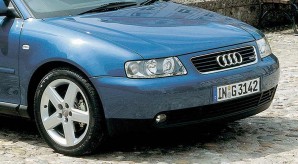 Interestingly, the services did not record standard mechanical or electronic problems on these cars. However, owners of the Audi A3, produced before the redesign, found that the 1,8hp 125-liter models had some problems with the coolant pump. It turns out that the problems only apply to models manufactured at the very beginning of production, that is, from September 1996 to the end of 1997. In addition, repairers also revealed to us that used catalyst was a problem with used specimens. Namely, if the engine is not properly serviced, and if there are certain problems with spark plugs or electrical wiring on the engine, it is possible that the fuel in the cylinders does not burn as intended. Unburnt fuel, therefore, reaches the catalyst, where, due to the high combustion temperatures, it produces an extremely high temperature sufficient to melt a thin layer of aluminum and magnesium, which cover the walls of the ceramic honeycomb through which the exhaust gases pass. The dissolved silicate does not perform the chemical reactions in the proper way, thus gradually clogging the catalyst. The catalytic converter can also be damaged by physical shock. The fragile ceramic core breaks down relatively easily during external impact on the catalyst, thus disrupting the working process within the catalyst. So, if you notice that the catalyst has physical damage or bumps on the outer protective sheet, the ceramic core is probably damaged. A damaged catalytic converter can also hold the gases that need to escape through the rest of the exhaust system, thus reducing engine power. But it also happens that the owners of these cars simply remove the catalytic converter and easily go through a technical inspection, simply registering a car that has no catalytic converter.

In terms of diesel TDI versions, their biggest advantage is low fuel consumption, high specific power and proven reliability. However, it is not easy to find a model with a TDI engine used less than 250.000 kilometers. If maintained in a timely manner, that engine can certainly withstand another 250.000 kilometers, though it is best to look for specimens that have traveled less than 200.000 kilometers. The curiosity is that in the half market, almost the same number of Audi are powered by TDI engines and powered by a 1,8-liter 150hp turbo engine.

However, buyers of such vehicles are not very keen on consuming more than ten liters, which the 1,8-liter turbo engine easily swallows for 100 kilometers. There is a solution, however, to install a gas device. Of course, there are always skeptics who wouldn't even drive gas in their sleep, however, with today's fuel prices on pumps. What's more, it's easier to find a 1,8-liter turbocharged engine with 150 hp and just over 150.000 miles per hour than any diesel with less than 200.000 miles in wheels. 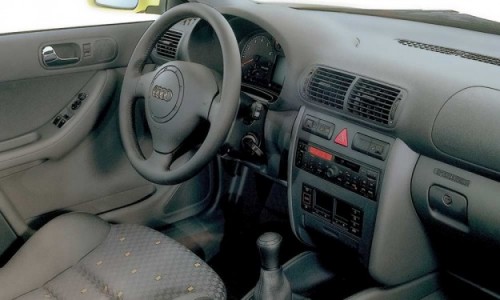 Given that Audi was still a member of the premium segment at the time, most models in the used market are well equipped. Because of the class it belongs to, the Audi A3 is built very well, so even after ten years of normal operation, there should be no problem with the cabin elements.

Although quite old, the first-generation Audi A3 still resists the tooth of time. Excellent finish from the late XNUMXs, and rich equipment certainly keep it high. 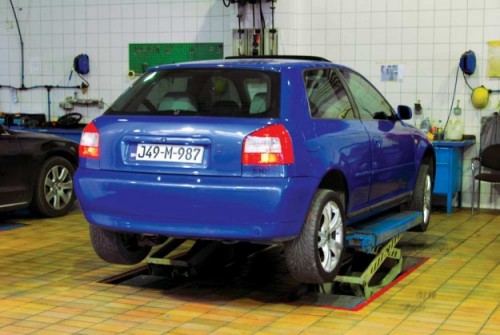 The Audi A3 has been recalled nine times over seven years of production.
- The Audi A3 was first recalled in June 1997, and the recall included 1.097 units manufactured as of February 01.02.1997, 31.03.1997. until 1997. years. On the recalled specimens, the height adjustment mechanism for the tying belt was not fitted to the specifications provided, and in the event of an abrupt halt, it was possible to separate the whole mechanism from the B column. A new belt height adjustment mechanism was installed and the recall was registered with number R / 049/XNUMX.
- Audi recalled the Audi A3 for the second time in July 1998. There were 2.822 copies of the A3 model car manufactured in January 1998 for unforeseen service due to problems with the seat belt mechanism for rear seat passengers. The specimens with chassis numbers from WA 000104 to WA 053717 were recalled, the recall was registered with the number R / 1998/047, and the defect was eliminated on all specimens.
- The third recall referred to 1.765 copies of the Audi A3 equipped with a 1,8-liter turbo engine with 150 hp. The Audis were recalled in January 1999, namely those models that were produced on December 01.12.1997, 30.06.1998. until 8. years. The problem was expressed on the mechanism of the accelerator pedal, which got stuck due to direct contact with the body. By installing insulation material between the two elements, the problem is completely solved. Specimens with chassis numbers from WAU *** 038264L * WA 8 to WAU *** 107931L * WA XNUMX have been recalled.
- The Audi A3 was recalled for the fourth time in the sixth month of 1999, and a total of 11.450 units produced during 1998 were recalled. The rear seat belt tightening mechanism released thermal energy sufficient to ignite the seat covers. On recalled specimens, the belt tensioning mechanism is coated with a high temperature resistant protective material. Models with chassis numbers from WAUzzz8LzWA 000001 to 139655 and from WAUzzz8LzXA 000101 to 048069 have been revoked.
- In May 2000, 2.855 copies of the Audi A3 produced from January 1999 to May 1999 were recalled. The problem was again pronounced on the front seat belts, but this time the repairers changed the belt lock mechanism, which in the event of a sudden stop could release the belt. Belt locking mechanisms on models with chassis number from WAU… 8L.XA 051993 to WAU… 8L.XA 100836 and from WAU… 8L.YA 000101 to WAU… 8L.YA 000230 have been replaced.
- The Audi A3 was recalled for the sixth time in November 2001. 4.714 specimens were produced between February 1997 and February 2000. The models were recalled for having the wrong balls installed at the back of the suspension, and the services replaced the balls on all specimens. The revocation is registered with code R / 2001/128.
- 99 copies of the Audi A3 were recalled in June 2002. On the recalled specimens, the problem was with the ABS control unit, which could ignite due to a short electrical circuit, damaging other electronic components. The control units were replaced on the recalled specimens and the recall was registered with the code R / 2002/029.
- In October 2002, 541 copies of Audi A2, A2, A4, A6 and TT were recalled, which had a problem with the activation of the airbag behind the wheel. The airbags were replaced on all specimens and the recall was registered with the code R / 2002/143.
- 21.335 The Audi A3 was recalled in September 2003. This time, cars were recalled for cracks on the brake pump vacuum pump that leaked the brake oil. Services replaced the brake servo vacuum pump on all specimens, and the recall was registered with R / 2003/128.
Technical characteristics
Prepared by: Adnan Huseinagić
Source: proauto.ba