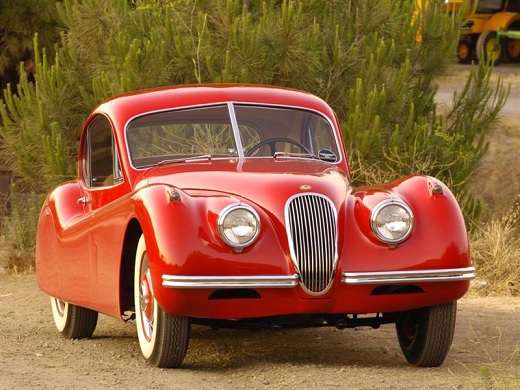 At the time of "classic" motoring, sports cars represented the spirit and characteristics of the nation in which they were created, and especially the personality of their creators.

Although they originate from the same epochs, their differences between them are still very interesting today. Once upon a time, one of the most specific automotive industries in the world, the British, was full of true automotive values. Whether it was brands or individual models, exceptional vehicles were always made on the island. Unfortunately, many, famous and respected brands, are gone and long forgotten, and among surviving greats, Jaguar has a well-deserved status as a legend. Sir William Layons's label certainly did not deserve such boring and uninventive cars. On the contrary, these vehicles in their time represented the pinnacle of performance, technology and style. One of the few eternal models to celebrate this brand and help it achieve the status it has today is the beautiful athlete Jaguar XK 120. Just before World War II, Jaguar had already acquired the name of a growing luxury sedan and sports model company that had behind a couple of well-priced models. 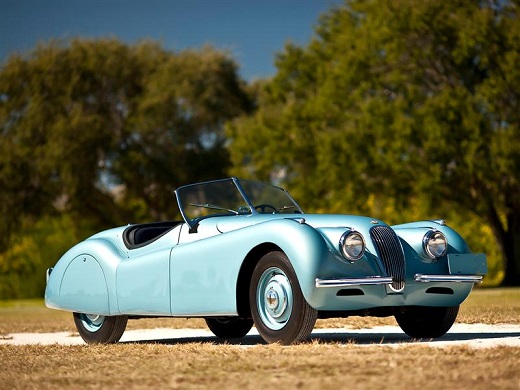 Unlike the competition that produced extremely expensive and extremely specific cars, Jaguar products were always both reachable and usable without compromising on luxury, individuality and speed. The war interrupted progress, and with its end, Sir Lyons decided to continue where he left off in 1940. Although Jaguar was a Lancaster heavy bomber factory during the war, it quickly returned to vehicle production and already in 1946, the first specimens of new pre-war models reached customers. The plan was to create a brand new sedan with which to actively participate in the market. Because development required several years, a model was needed that would maintain customer attention and support the plant financially. It was therefore decided that a Roadster prototype should be displayed at the Birmingham Motor Show in 1948, which would at least startle up the audience. 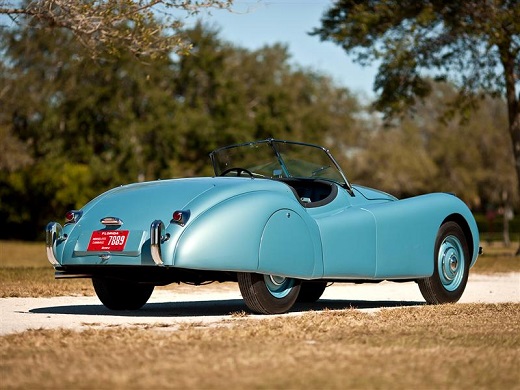 The reaction of visitors and the specialized public was amazing and Jaguar employees received a huge number of orders during the fair, although they did not know if the car would be produced at all. Seeing that they had a potential large-scale bestseller in their hands, Sir Lyons and the team decided to start production immediately. The fair model had an aluminum body and many expensive details, which according to the original plan were to remain in production. However, when the number of already paid cars was seen, it was decided that the bodies would be made of steel, all with the aim of faster production. However, the first 259 specimens had a rare aluminum casing. The new model is called XK 120 where the letter "X" (experimental) indicates the nature of the engine, while the number symbolizes the maximum speed in miles (120 mph - 190 km / h). 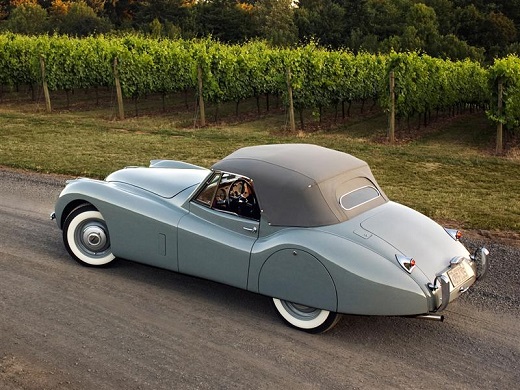 Specifically, it is a test six-cylinder engine created during the war during the long hours of night duty at airports. The volume was 3.4 liters and this unit featured a two camshaft solution in the head. He used two SU carburetors and had, at the time, great, 160 hp. At the same time, this engine is very important, because after successful baptism in this model over the next forty years will be the backbone of Jaguar motorization, in a more or less modified form. The shortened chassis of the planned MK VII, which is covered by a body with one of the most beautiful shapes in the automotive world, was taken as the basis. When the sale began, three versions were introduced: the Jaguar XK 120 roadster OTC (Open Two Seats), which was more sporty, with two small windscreens and no roof, the Jaguar XK 120 DHC (Drop Head Coupe) classic convertible and the Jaguar XK 120 FHC (Fixed Head Coupe) which was a closed variant. 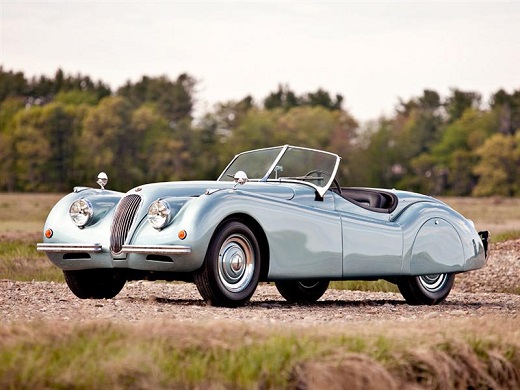 The market responded admirably to the new model Jaguar and was immediately ranked among the best post-war sports cars. Although comfort and ergonomics were somewhat neglected in the first examples, buyers did not rebel and sales were high in Europe and the US. This market was particularly interesting because it brought in the necessary profits needed to survive on the scene in the crisis of the 120s. That is why the models intended for export also had optional automatic transmissions and more interior luxury. Considering the sporting nature of the XK 1950, it almost immediately began proving it on the track. Initially, it was solely in the hands of private teams or individuals, and so the victory in the famous Mille Miglia XNUMX race was achieved.

However, shortly thereafter, Jaguar pre-fabricates this model, modifies the bodywork and participates in various competitions, including at Le Mans. These cars ran from 180 to 210 hp. However, the real success of this race comes with the D-Type, which was a direct derivative of the XK series, which already represents a special story. In any case, the popularity and sales are steadily growing and the production of this model before 1954 reaches 12,061 vehicles, and that year is the next evolution called the XK 140. It is a logical continuation of development that brought about changes in design such as a different steering mechanism and suspension. A number of chrome details and a different windshield are visible from the outside, on the basis of which different generations are recognized and separated.

The motorization remained the same (the XK engine) but was more powerful and developed 190 hp at 5,500 rpm. The top speed increased to 140 mph (215 km / h) and hence the name of the model (XK 140). All three body options remained on offer, but there was a slight tendency to develop a more luxurious GT concept instead of the purebred sporty as it was intended. This is above all seen in much more luxurious equipment and greater comfort, so some models even had extra seats (very tight and almost unusable) and were promoted as four-seater. Sales remained at a satisfactory level and over the three years of this generation's market life, 8,943 units were produced. In addition, sports successes continued. However, Jaguar continued its development and in 1957 introduced the third and final version of this model, called the XK 150. 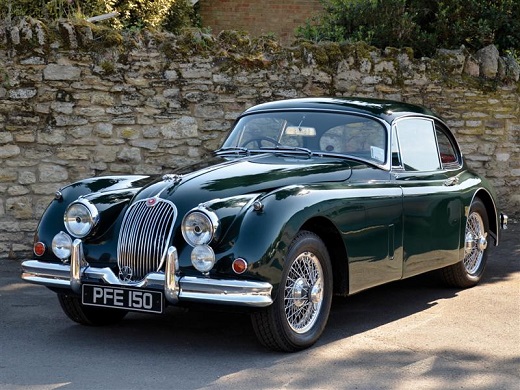 The reason for this move is that XK models are slowly becoming obsolete and losing positions both on the market and on the track. This model, in the opinion of many, is the most beautiful evolution of this lineage, but it is the farthest gone from the initial idea of ​​the constructor. The body is slightly modified and more modern rounded, and the windshield is curved and made of one piece, which was very modern at the time. Under the body you could find independent suspension, disc brakes and power steering as well as a new, stronger and larger engine. It is a 3.8 liter power unit from 220 hp to 265 hp (version XK 150 S), which was a derivative of the existing 3.4 liter drive that remained on offer. The top speed was increased to 230 km / h (150 mph), which changed the mark. However, separating from the foundations on which it was developed, this generation has become a racial grand turismo car, more suited to snobs than to amateur racers. 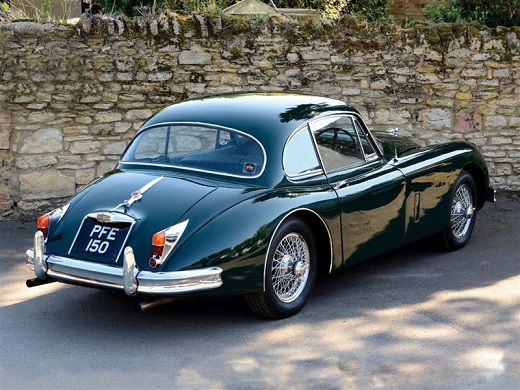 Still, this evolution is not considered a mistake because the XK 150 was a superior car in every respect: it could have been very fast and almost racing sharp. In any case, the end comes in 1960 after 9,395 pieces of this, latest generation and about 30,000 copies of all models, including racing versions. Based on this car, Jaguar introduced the famous E-Type in 1961 which is one of the biggest legends among sports cars. The Jaguar XK Series is a very popular classic car that has gained loyal fans over the past 50 years. The qualities that make it stand out are its fantastic design, superb motoring, driving characteristics and exclusivity. Given the relatively large number of cars produced for this class of vehicles, it is quite common in the global classic car market. 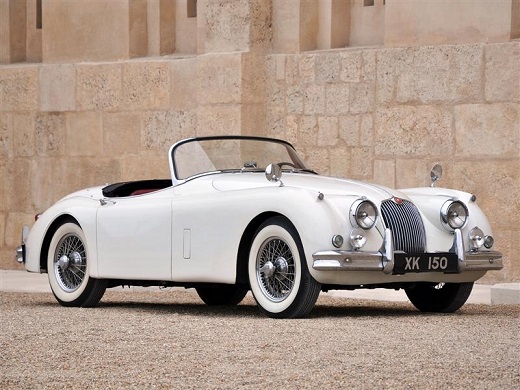 Although they reach high prices, early models are the most sought after. It gained fame as a common luxury lifestyle décor, and during the XNUMXs, during its heyday, every celebrity who kept to himself had to own or at least paint in one XK model. The value of this car is that it promoted Jaguar and formed the image of this brand as we have it today. In addition, it helped to survive a difficult period that would surely submerge this famous brand. This model portrays the entire UK industry in the best light that is so legendary about this and similar cars.