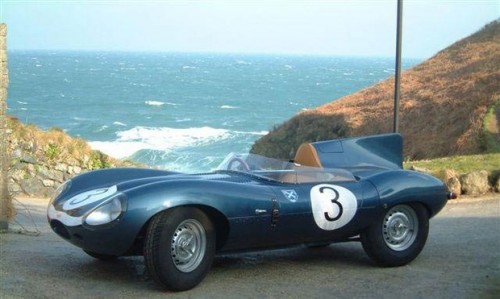 In its short but tumultuous life, the Jaguar D-Type has been able to win numerous races, experience series production of the passenger version, burn out, and determine the look of the rear end of the car for a decade!

The year is 1951. For 20 years, the British have not achieved significant success in the 24 Hours of LeMans race. Jaguar decided to do something about it. Former Bentley engineer Walter Hassan made an XK 120 C or C-Type race car. Although two of the three C-types gave up, the third successfully drove all 24 hours, so the Jaguar recognized the good and bad sides of the car. Problems were solved on the run, so in 1954 Jaguar introduced the hero of this story: the D-Type. 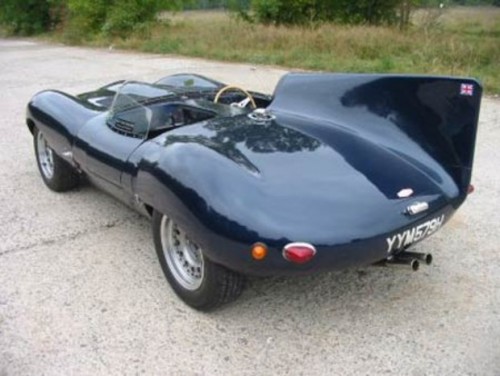 The Jaguar D-Type was indeed based on the C-Type, but it had a key design advantage: the tubular construction of the shell in one piece was lighter, and stronger than its predecessor and a good part of the competition. The chassis was initially welded, but later it was fixed with rivets, so it was possible to change and repair it during the race. In addition, in order to achieve greater stability, a vertical wing is placed behind the driver, and the front end is additionally elongated to make the line more aerodynamic. Jaguar D-Type was one of the first cars in general to use disc brakes, which left the competition behind, sorry - in front of it, even when braking. The engine from the C-Type was strengthened by some innovations such as turning the excess oil tank in the engine by 8 degrees or increasing the valve, so they got a sure winner in Jaguar. 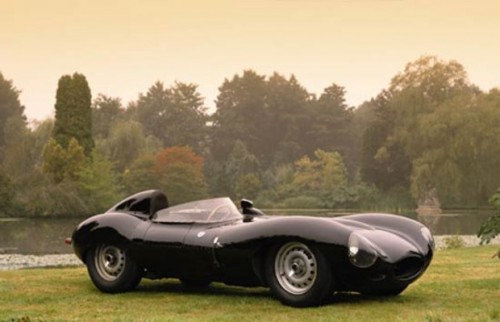 On the wings of aerodynamics

The first year on the LeMans D-Type with a 3,4-liter engine failed to beat the 4,9-liter Ferrari, but came second, with more than a 40-mile advantage over third-placed Aston Martin. The race was marked by the biggest accident in the history of motor sports, when a burning Mercedes 300 SLR crashed into the auditorium, killing 80 people. In the years that followed - 1955 - 1957, the Jaguar D-Type dominated the race, reaching speeds in excess of 280 km / h. Since it did not have the most powerful engine, the success of the D-Type pointed to the importance of front end aerodynamics, weight distribution, and a vertical stabilizer - the tail - which after 1957 began to appear in road cars. 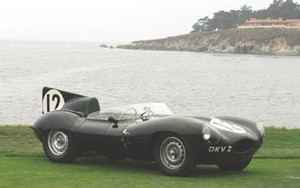 The end in flames

And alone Jaguar  The D-Type has experienced its passenger edition. When they decided not to take part in races with the D-Type, Jaguar was left with many of its parts - primarily the chassis and engine, so they decided to produce a passenger car, with two seats and a canvas roof - the Jaguar XKSS. But these parts were clearly ‘not destined’: after only 16 copies were produced, the factory burned to the ground in a fire, from which Jaguar recovers for the next four years.
Design and technology solutions from the D-Type continued to live until 1974 in the model Jaguar E-Type which was manufactured from 1961 to 1974.