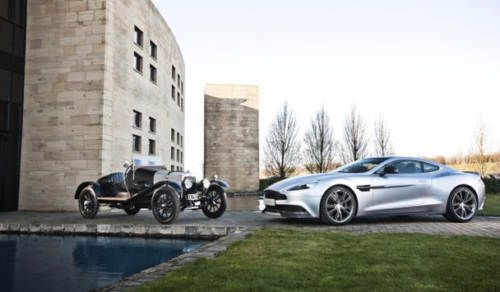 What do you do if you have a tremendous talent for motorsport, a great passion for cars and an enthusiasm that you can easily turn into the kind of energy the whole city can live on? Of course, you will start producing your own car model and start forming sales teams.

Just like that, the Aston Martin brand was born in the garage of Lionel Martin and Robert Bamford. Aston Martin was founded back in 1913, shortly after Bamford claimed victory at the famous Aston Hill Race.

Two years after that, the Bamford-Martin duo also made their first car with a four-cylinder Isotta-Fraschinni engine.

However, all their plans to continue production fell into disarray because of the outbreak of World War I, as all factories, by force of opportunity, reoriented production for military purposes.

But Aston Martin did not lose his spirit, so after the war, Martin, Bamford and a group of like-minded people continued to work on its development. Shortly afterwards, as early as 1920, Bamford left the team.

Fortunately, at that moment, a wealthy investor realized the great potential of the brand, so he invested significant funds in the further development of the company.

Louis Zborovsky's investments resulted in extraordinary technological solutions, and the first successes came as the icing on the cake.

Already in 1922, the first car to compete at the French Grand Prix came out of the production lines of Aston Martin.

In addition to its excellent reception due to its design, Aston Martin broke the speed record and soon filled most of its news headlines.

The wave of glory that lifted Aston Martin to unprecedented heights hit the company in 1924 with all its might against a bankruptcy wall. Only thanks to Lady Charleswood's investments did the company manage to keep itself afloat.

However, her son, John Benson, whom she appointed as director of the company, did not live up to expectations, and in 1925 the company went bankrupt.

The firm's doors were locked in 1926 and Lionel Martin "walked in the shoes" of his first mate Robert Bamford.

Shortly after his departure, the company began operations for the third time, thanks primarily to new investors - Bill Renwick and August Bertelli, who were the sole culprits for the design and development of the model, which will go into production a little later.

By 1937, Bertelli had developed several vehicles, the most famous of which were the Le Mans, Mk II and Ulster. Although the company operated extraordinarily, it soon found itself in new financial problems and the reason was the termination of financing by L. Prudeaux Brune.

David Brown developed the first coupe in 1947, and Aston Martin entered a new phase of production. The first model of the DB series came out of production strips in the early 60's, and then, in the next 7 years until the early 70's, both the DB3 and DBS V8 models.

Despite the fact that Aston Martin always bathed in glory and success, the fact is that he not only dealt with financial problems once and changed two more owners in the 80s until he was bought by Ford in the early 90s.

Despite the company's dynamic development, Ford was forced to sell it in 2007. The new owner became David Richardson for $ 848 million, and Aston Martin entered a new era.

Since then, the company has been steadily increasing production and sales volumes and opening new branches in Europe.