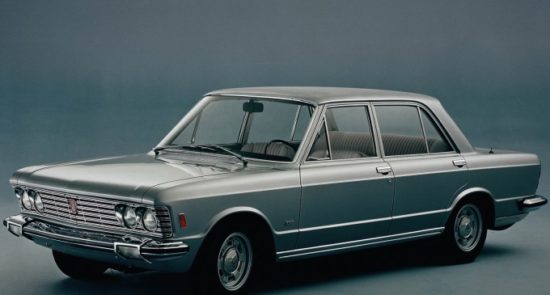 In the late XNUMXs, Fiat took the brunt of the German premium sedan and coupe manufacturers'Fiat 130 ”. It is no secret that when designing this model, they were "at gunpoint" first and foremost Mercedes i BMW. 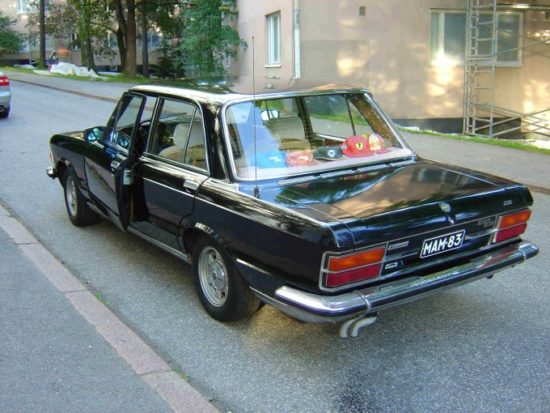 Fiat had very ambitious plans with a 130 sedan

By many technical features, and many say the design went beyond them, so again, the big "Fiat" has not experienced commercial success. By the time production ceased in 1976, about fifteen thousand sedans and only five thousand coupes had been sold. Fiat, unfortunately, never made a car of this caliber again. 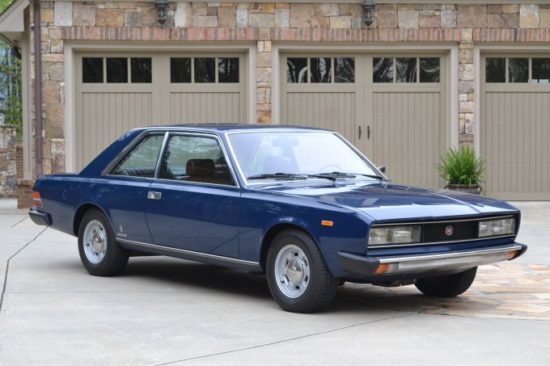 The coupe variant was designed by Pininfarina Studio

The story of the Fiat 130 begins in 1963 when it was decided to replace the already outdated 2300 sedan. The industry and economy in Italy were in a momentum during this period and it was decided not to save money when constructing a new plumage.
The body of the sedan in design is reminiscent of the smaller model "125", with its chrome and glamor. Interestingly, the factory decided to buy a completely different design. 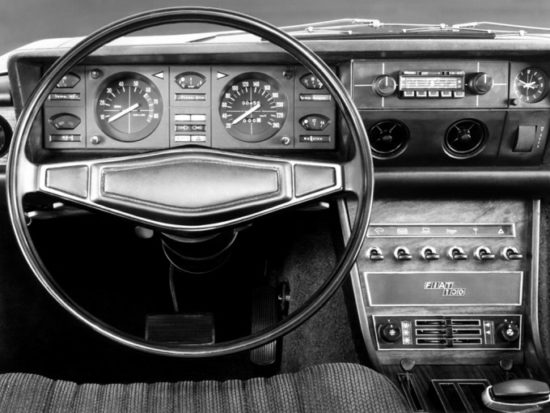 The restyled limousine received instruments from the coupe

The coupe was designed by Pininfarina's studio, specifically their then-designer Paolo Martin. He received the award for his work. Critics of the then professional press were mostly concerned with the design of the sedan's cabin, which had outdated instruments and too much plastic on the center console.
This was corrected in 1971, when the sedan was restored. In addition to the larger engine, the sedan also received an interior coupe that was modern. The curiosity is that the switches are illuminated with optical fibers, which is unheard of during this time. 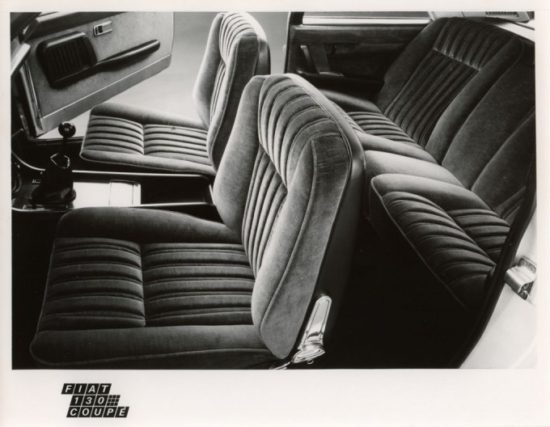 Once upon a time, the word comfort had a completely different meaning than it does today

The engine is specially developed for the Fiat 130. It is a modern V6 gasoline with camshafts in its head. The first version had a volume of 2,86 liters and a power of 140 "horses", while the second was increased to 3,2 liters and 165 hp.

Colleagues testing the car were delighted with the sleekness and power, but resented the factory for using three double-barrel carburetors instead of fuel injection. Because of the carburetor, the engine was sometimes able to "jog" when starting, especially when it was warm. 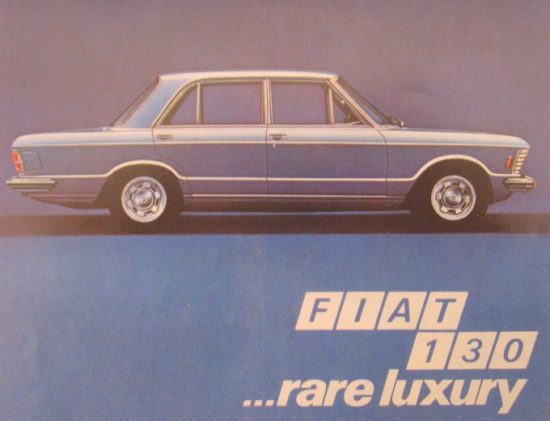 He liked everyone who drove it

Power is transmitted to the rear wheels through a five-speed manual transmission, or through a three-speed automatic from ZF and a differential with a stop. And the rest of the car was tailor-made for the purpose. So all four wheels had independent suspension and were braked by discs. 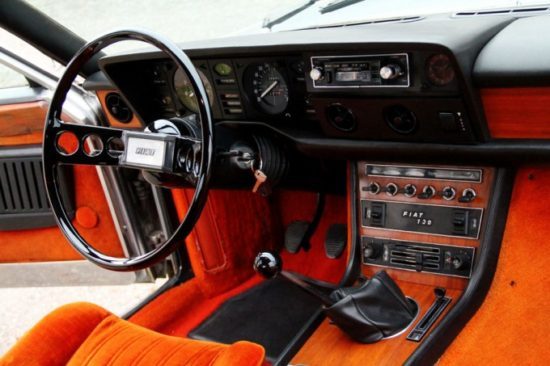 A manual transmission coupe is a rarity

Interestingly, the front suspension was not equipped with spiral but torsion springs to fit a large V6 engine equipped with an air conditioning compressor. The rear wheels are driven over diagonal shoulders. All the tests praise the handling and stability, and state that the big Fiat is much better than the Germans.
Although it did not have good market success, the Fiat 130 was able to launch the Fiat into the scene of major manufacturers capable of making a car at the top of the prestigious D segment. 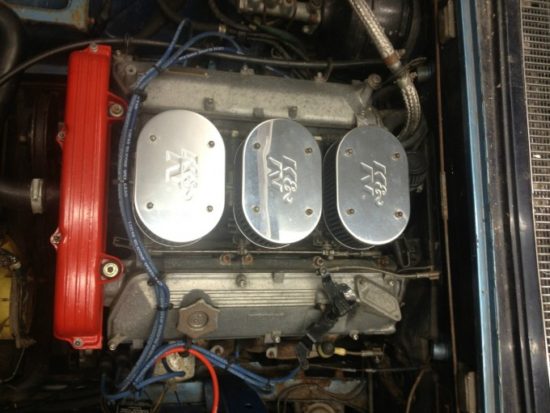 Three carburetor blades made the engine a bit unpredictable

Unique engine
The ambition with the prestigious Fiat 130 was also evidenced by the fact that a motor specially developed for it was used that was not used in any other model. The big V6 should not be confused with the Ferrari V6 fitted to the Fiat Dino. Yet its origins are more than noble. It was developed by Aurelio Lampredi, the legendary Ferrari designer. He used as a basis the details prepared for the then revolutionary engine of the Fiat 128. 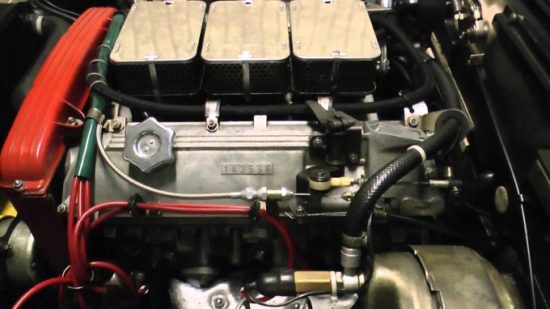 The first version has a volume of 2,86 liters and a power of 140 hp. A year later, this engine was boosted to 160hp using larger carburettors and a different exhaust. Finally, in 1971, a second version of the V6 engine was made. Increasing the piston diameter increased the volume to 3,2 liters and power to 165 "horses". This engine is the most elastic and the most refined of all. 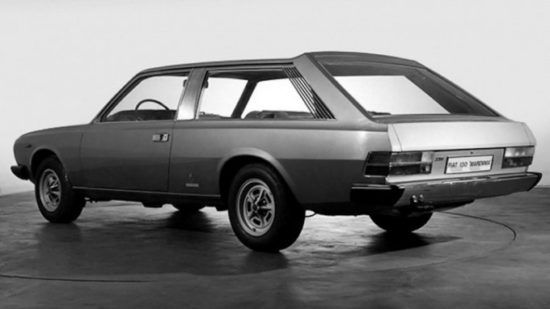 Marema, the vision of a kick-ass coupe shooter

From the same kitchen
The Italians would not be what they are if they did not experiment with special versions of the "130". Two official and one unofficial prototype were made. The two-door wagon, the "kicking break", was called the "marem" and was introduced in 1974. 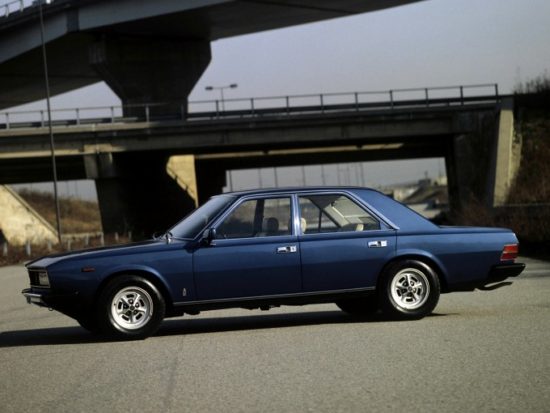 Opera, a coupe designed in a coupe style

A four-door sedan with a specific design taken from a coupe called the "opera" was introduced in 1975. After many decades, a very beautiful prototype of the sedan-based caravan survived. 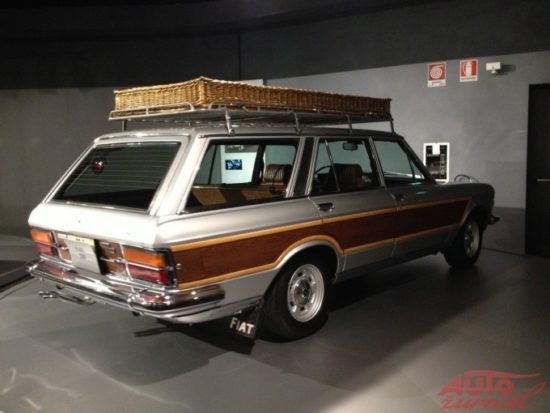 Trivia
The geometry of the rear wheels driven by the diagonal shoulders can be fine-tuned in all axes. Also, the height of the front can be easily changed due to the way the torsion springs are attached to the shoulders.

The Fiat 130 had power steering, and the steering wheel was adjustable in height and depth. The sedan is the first Fiat car to come as standard with the alternator, not the dynamo. 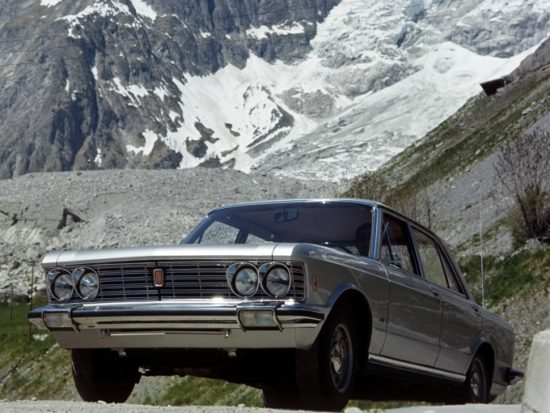 Previous: Advanced Corona Ignition - ACIS - Plasma instead of spark
Next: Drift - What is it?