1. Which car first made its name Ferrari?Model "125 sport", made in 1947. It was named after the owner of the company Enco Ferari, who built his first car in 1935 - the "Bimotor" with two Alfina eight-cylinder aggregate.2. Where did Enco Ferari begin his career?In firm Alfa Romeo. Until the end of World War II, he was the head of the racing team, performing with his team "Ferrari Skuderia" as the official factory team.3. Do you Ferrari works in all colors?

Yes. It officially offers 26 series colors. It also fulfills individual customer preferences - with the exception of the red-yellow combination.

4. Why there are so many reds Ferrari?

To fund the races, Ferrari was selling racing models to private buyers. And they were all in red because it was the official color of the Italians at the Grand Prix races.

5. Where it originates from Ferrari horse?

Italian fighter pilot Francesco Baracca, who asked for that horse to be painted on his plane because his squadron belonged to a cavalry regiment. After knocking down his plane Ferrari took that symbol from Francesco's mother.

6. Why do you Ferrari the horse propins on a yellow rather than a red background?

Red is the most commonly used color code Ferrari, but the yellow color is Modena, where Enco Ferari was born. 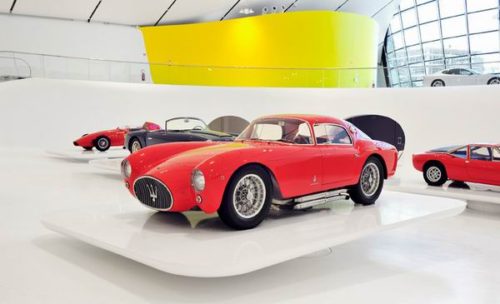 7. Does he own Ferrari workshops outside Italy?

No, it's only made in Maranel and Modena.

Ferrari driver Niki Lauda (Andreas Nikolaus - Niki Lauda) was severely injured on the trackNurburgring and for four days he fought for life. He survived with severe sequelae from burns.

9. Who first scored the win for Ferrari?

10. Is it Ferrari an independent manufacturer? 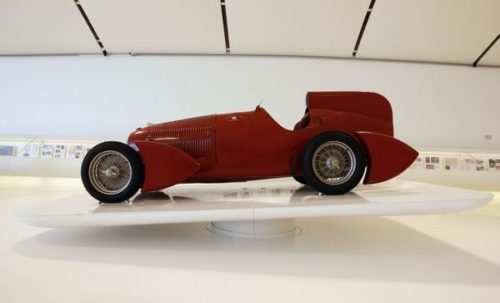 11. What are the most famous "big screen" Ferrari cars?

- Enough Ferrari's models have participated in films, but the most famous are certainly white Ferrari Testarosa and red Ferrari 308 GTS from the popular Miami Vice series.

12. Where is Ferrari most sold?

- About 90 percent of all "Ferraris" are exported. Most of it is in America, and in Europe it is mostly sold in Germany.

13. Who has the largest private collection of Ferrari?

- There are no official data for that. But, the collection of the Sultan of Brunei with gilding is considered to be the most numerous and most spectacular F40 and six models F50.

14. Are there all-wheel drive Ferrari?

15. What is the most expensive souvenir at the Ferrari store in Maranel?

16. How many Ferrari's are still ordered in red today?

18. What is the meaning of the "berlinet" that is commonly found in Ferrari?

19. In which Ferrari, intended for street driving, did the boxer motor first appear?

20. When did the first Ferrari with an automatic transmission appear? 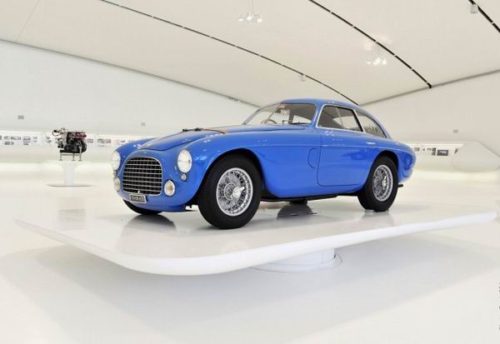 - This name was given to him by journalists, in part Ferrari's triple winning the 1967 marathon race.

- Testarosa in translation it means red head, which alludes to the red lacquered cylinder heads, which were first seen in 1956 with the "500 TR".

23. Why did Ferrari also make the 400th copy of the Enco with the already limited edition of 399 pieces?

- After the tsunami disaster for Christmas 2004, Ferrari President Luca Di Montezemolo has decided to create another enca and auctioned gifts to victims of the flood, totaling € 950,000.

24. What is the strongest serial Ferrari of all time?

25. What was the name of the Dino model?

- Dino was the nickname of Enc's early son Alfred - Alfredino or abbreviated Dino.

26. How Many Techniques Do With Formula 1 found in serial models Ferrari?

- Knowledge from development Formula 1 enters each serial vehicle. This is how innovations such as the "kambiokors" gearbox or the 12-cylinder engine in the "599 GTB" came from, which originates directly fromFormula 1.

- Because it was made as the only copy for director Robert Rosellini (Robert Rossellini), who commissioned him for his wife, the famous actress - Ingrid Bergman.

29. What distinguishes "testarosa" from the first year of production?

- By a special, high-raised and wide-set exterior mirror on the left.

Previous: Opel Corsa - A story in five acts
Next: How automatic transmissions came into being