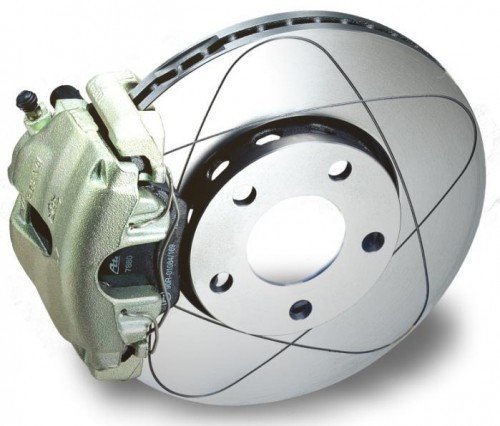 Everything that rushes once needs to stop or slow down. For this, the brakes are used on the car. They are the front ones that suffer more than the rear ones. Nowadays, all manufacturers use disc brakes. Unlike drum brakes, which are still in the rear, disc brakes are more efficient, easier to maintain, and have no mechanisms used to restore the pads to their original position after braking. When they press the brake pedal over the piston, it acts on the disc by friction, thus stopping the car, and after releasing the pedal they remain in approximately the same position, except that they do not have pressure on the disc.
The reason that the rear brakes are more complicated lies in the fact that, in addition to braking while driving, they have to perform another task, which is to ensure that the vehicle does not start when it is at rest, or as it sounds more normal, they have to brake the car with the handbrake. Since almost all cars use a lever and cable when activating the handbrake, there must be mechanisms that return the ferro to the position of distance from the drum after pulling the handbrake, and also have self-adjustment, ie. another mechanism which, given the wear of the ferro, always maintains the same distance between the ferro and the drum. Otherwise, the brakes should be adjusted every now and then, which does not fit into the increasing time interval of service. And older mechanics remember what it was like when the brakes had to be constantly adjusted, so the eccentrics knew how to burn, so there was pounding, heating, etc. It was nasty, although more money could be made to perform the service.
The absence of these mechanisms would lead to the brake pedal starting to be lower, if the mechanism due to the wear of the ferro would not bring the ferro to the drum, because they would have a greater stroke, or heating and even blocking the brakes, when others the mechanism would not return the ferro to its original position before braking. 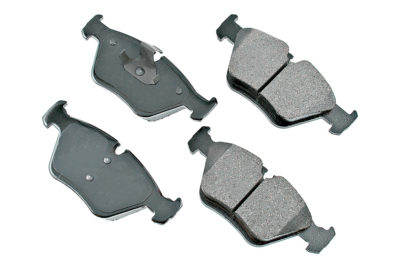 That said, there is no disc braking at all. Since they went into series production, little has changed about them. The quality was changing for the better, but the system generally did not. Only lately, one piston pushing a disc to a disc has been replaced with two or even four pistons in stronger and sports vehicles. Formula 1. All this is due to the better arrangement of the pressure of the tile.
Disc tiles, although always in the same shape, also had their renaissance. If you remember the first cars with disc plates, especially those "from there", then you remember the black dirty front wheels, which also made sounds like a train coming to the station when braking. It was an awkward creak due to poor tile material. It was difficult to make a mixture that will not cause such problems, and in addition it will last a long time and brake well. The solution was found in the addition of some powdered metals and asbestos. But when the Americans found out that they were under a bridge near San Francisco, which is above the lake, where the fish are not in very good health, they began to investigate why and found out that it was because cars stop there because of the beautiful panorama. By braking, of course, they consume the tiles, whose dust and small poisonous particles fall into the water and thus poison the fish. The greens reacted immediately and the asbestos was completely expelled from the mixture. However, many manufacturers still have heavy metals, which are also harmful to health. As we become more and more environmentally aware, it is likely that in a few years the presence of all harmful things in the tiles will be banned, because one set of tiles will certainly not save the world, but when multiplied by the number of cars emitting harmful exhaust fumes. in addition to other pollution, it is good that we can still establish that the Sun is round.
If you bought a disc tile and opened the box, you see that it is one set of four tiles, usually exactly the same shape. Some systems have the so-called. eccentric tiles, which would mean that the two are different in shape from the other two, but except for the appearance, everything remained common. The price varies from the type of car to the quality of the tile. So, the price includes content durability, efficiency, resistance to whining and the ability to brake with the same effect even with a heated tile.
In recent times, manufacturers have to reconcile two opposing sides, namely technology and ecology. Although asbestos, which until ten years ago was a constituent material of the tile, is no longer present, some powdered metals are still present in some manufacturers. Quality plates have already been freed from these openings, and in terms of braking itself, they have progressed in the sense that they already have conical edges as new, in order to adapt as soon as possible to a disc that is certainly not perfectly flat but has a worn middle and a rim. ”. This reduces the adjustment period, because sometimes the contact area is less than forty percent, so the disc and the tile have to be squeezed passionately for a long time in order to achieve a 200% fit. It is usually a period of 300-XNUMX km of driving. Here, too, better manufacturers landed, so the first, initial layer of the tile is softer in order for the tile to lay down as soon as possible. Such tiles also store disks.
While there is some average replacement of a pair of discs on two tile replacements, this period is extended to three replacements. The discs can also be machined to some thickness. It usually writes to a disk, and below that it should not go as there is a risk of overheating of the disk. In this case, the disc twists and vibrates when braking, in the worst cases it can burst. The consequences need not even be discussed.
What is known with higher quality tiles is the squeak. If it only occurs occasionally, then it is negligible. A longer squeal, especially with the brake warm, may indicate the locking of the brake pistons, and such failure should be addressed immediately. In contrast, when you hear ugly scraping when braking, it is a sign that the disc is worn, that is, instead of the friction surface on the disc, the metal part of the disc is acting and thus damaging it. If it responds immediately, you will save the disks, otherwise they will need to be replaced. For this purpose, on most dashboards, there is a light on the dashboard to indicate that the discs are worn before they begin to scrape. For some, the same oil level is connected to the brake oil level control and the handbrake signaling device, although recently the manual is separated into a separate lamp. 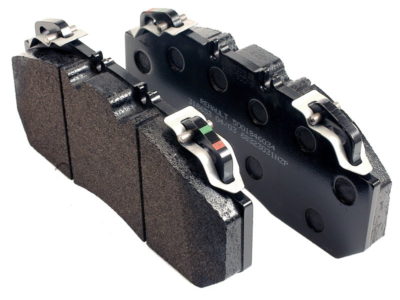 If the brake signal lamp starts flashing in curves when driving harder, check the oil level for the brakes, because in curves when tilting the car, the oil in the tank "flies" to one side, the float falls lower and sends a low signal to the control lamp. Before topping up, it is a good idea to visually inspect the inside of the wheels and the area around the master cylinder, to rule out the possibility of a leak due to leakage. Namely, the lack of oil in the bowl is always only a consequence, not a cause. The next thing to look at is the thickness of the disc tiles. As the tiles wear out, the piston increasingly protrudes outwards, leaving space behind for the oil to fill the container. This of course results in a lower level in the jar. If there is more than five millimeters of "meat" on the plates, add oil, and at the next service or before, be sure to measure. If they are thinner, do not even top up, but change the tiles, and be sure to replace them at the next service or sooner. If they are thinner, do not even top up, but change the tiles, and when the pistons are returned to the zero position due to new, thicker tiles, the level will rise.