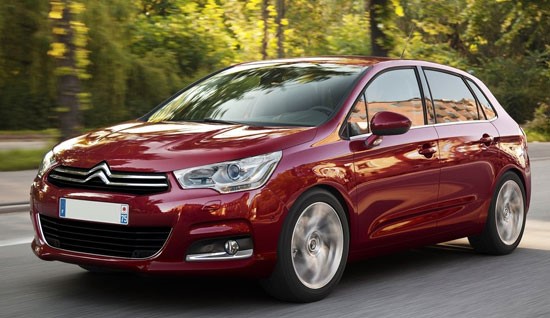 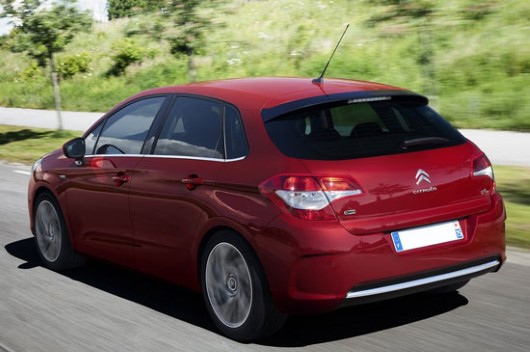 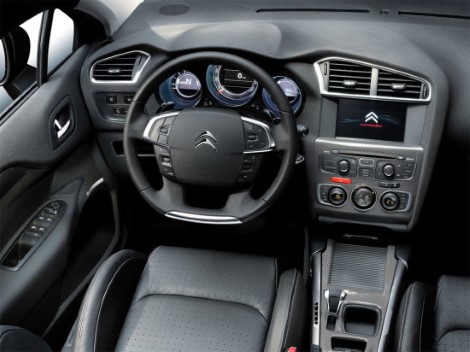 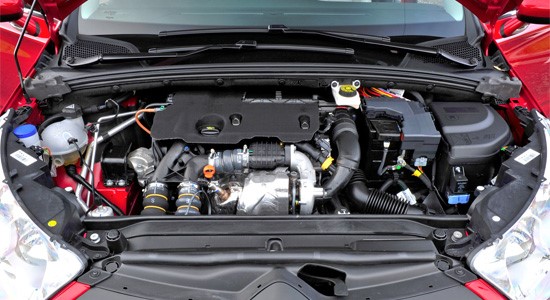 Another petrol engine made on the same base with four cylinders 1,6 liters (1598 cm³), but supplemented by a system of variable valve timing "Variable Valve lift and Timing injection", allows you to increase power to 120 hp, developed at 6000 rpm. Thanks to improvements, the maximum torque has been moved to 160 Nm at 4250 rpm. The speed characteristics of the Citroen C4 hatchback with these engines are not impressive - top speed of 181 km / h, and acceleration from 0 to 100 km / h in 12,8 seconds. Fuel consumption is 9.9 / 5.6 / 7.1 liters (city / highway / mixed).

Turbo diesel for Citroen The C4 comes with direct high-pressure fuel injection and a Stop & Start system. The engine displacement is also equal to 1,6 liters (1560 cm³a capacity corresponds to 112 hp at 3600 rpm. Maximum torque of the turbo diesel is 270 Nm at 1750 rpm, which in combination with a 6-speed "robotic" gearbox allows a maximum speed of 190 km Acceleration from 0 to 100 km / h takes about 11,2 seconds, diesel consumption in the city is only 4,9 liters, on the open road consumption is exactly a liter less, in mixed mode is enough 4.4 liters .

Overview of errors, breakdowns and recalls

THP and THP petrol engines may have problems with the VVT ​​variable valve solenoid valve, which, in addition to starting the engine failure lamp, also causes engine choke, with slower acceleration.

Gasoline engines also have problems with the ignition coils, which is reflected in the so-called. the engine runs on fewer cylinders - uneven operation, difficult movement and so on. Preventive prevention of problems with ignition coils is an earlier replacement of the spark plug. It is recommended to replace the spark plugs no later than 50.000 km, vehicles with more frequent trips on shorter distances after 30.000 km.

Occasionally, flashing lights on petrol engines also report a lambda sensor error - a higher risk if the vehicle is used on shorter distances.

Vehicles manufactured in 2010, there are problems with the BPGA unit. It causes error messages on the instrument panel, but can also prevent the electric parking brake from starting or preventing vehicles that have it. Which can make it impossible to drive a car. Replacement solves the problem.

In the case of petrol engines, there may be an unexplained loss of coolant. In any case, check the engine for coolant leaks, and inspect the water pump.

Code 2.0 HDI diesel engine, injector problems. Cleaning can alleviate the problems, but sooner or later it is necessary to change the injectors.

Common problems with multimedia interface function with GPS unit. The problem is depicted as a black screen and an inability to manage. If reprogramming is inefficient, replacement of the device is necessary.

It's as if there are crickets under the door panel and under the control panel.

Some owners report noise from the rear shock absorbers

Wheel balancing was required on some models due to the vibration in the drive wheels.

In the case of vehicles manufactured by the end of 2011, damage and peeling of the paint appear on the bonnet. The problem is due to the poor preparation of the base of the hood, which is aluminum in this car.

Fifth door. On the first models, the tailgate was difficult to close, they had to be hit hard. Then it is necessary to adjust the lock, but even after that, the door must be closed more tightly.