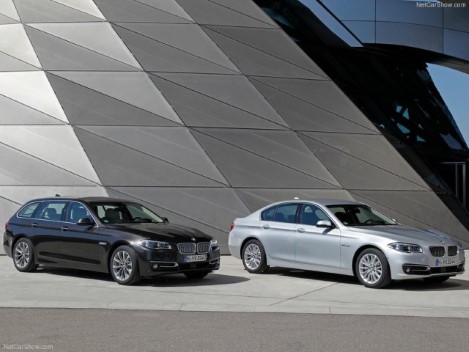 The Bmw 5 F10 / F11 is an extremely complex car and therefore has complex and expensive maintenance. In return, they offer a very rich level of equipment, an excellent level of finishing and advanced technology. The Bmw 5 F10 replaced the extremely popular E60 and - as it turned out - it succeeded.

The Bmw 5 F10 / F11 is fast, refined, great to drive, with a spacious and beautifully crafted cab. A wide range of large engines, plus a choice of ultra-practical sedan or station wagon, means the 5 Series is incredibly usable and whether you want top performance, cargo space or something in between, the 5 Series is the answer. The Bmw 5 is not the cheapest car, all the cars are well equipped and none of the engines are weak. So, even if you can only afford an entry-level model, you won’t regret it. 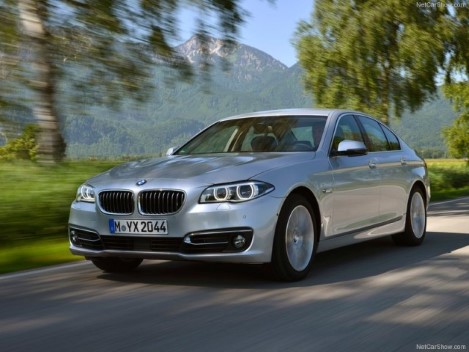 The boot volume of the sixth generation Bmw 5 Series in the sedan is 520 liters, but the station wagon model is much more practical - from 560 to 1670 liters, depending on the position of the rear seats.

The Bmw 528i xDrive version (unavoidable for the Touring station wagon) is equipped with the same engine, but its power has been increased to 245 horsepower and 350 Nm of torque, and it only comes with an automatic transmission and as a completely new transmission xDrive. The "German" accelerates to 100 km / h in 6,3-6,6 seconds, with a maximum speed of 250 km / h and consumes 6,4 liters of gasoline in combined driving mode.

Engine N57, 6-cylinder, 3-liter Bmw diesel, the construction is significantly modified compared to the older M57. It is a long-lasting and safe engine. Much like the smaller H47, the chain has been moved to the clutch side over time, so its replacement is very. Unfortunately, the 3-liter diesel generates a strong torque of 450 Nm, so the gearboxes are seriously exposed to the load. The only problem for the owners of the Bmw 525d, Bmw 530d and Bmw 535d versions may be the exhaust aftertreatment system, which requires AdBlue charging. Worth a look.

With older 2.0 diesel engines marked N47, there are problems with tensioners and camshaft chains. The problem is manifested by noise under the hood. If the problem, ie the chain and tensioners, are not replaced in a short period of time, it can lead to serious engine failure.

2.0 diesel engines, in some cases, regeneration of DPF caused diesel fuel to leak into the engine oil. The problem occurs when the vehicle is driven predominantly in cities and when efficient regeneration at high engine speeds is not possible.

The engine may overheat due to problems between the electric water pump and the control module and the water pump itself.

The 'electronic steering lock' light illuminates and / or the vehicle will not start if the battery is empty at start-up.

The flat tire warning light may illuminate if the sensor is not reset after changing the tire.

The fixing screws on the VANOS housing can become loose. There will be an internal oil leak, and then the valve opening will no longer adjust due to the reduced oil pressure. The vehicle then enters engine failure mode and the engine warning lamp illuminates permanently. For vehicles with N51 / N52 petrol engines, this message would appear on the next ignition; for the N55 petrol engine, the message would appear immediately.

A number of owners report damage to the air conditioner condenser as a result of the condenser being exposed to stones from the road while driving.

In the case of initial models, failures of the modules that control the lights occur. The problem is due to corrosion of the electronic circuit.

Due to the high power consumption while the vehicle is stationary, the battery may be discharged for long periods of time.

A large number of owners have complained of a gas pedal failure.

Some owners report problems with the Idrive system and the multimedia unit.

Chromium peeling on the door.

A larger number of owners report more intensive wear of the front tires.

In the initial series, there are failures of the steering mechanism, which is often felt when the car turns and the appearance of strange sounds when driving the vehicle.

Driving noise is caused by factory racing tires that owners replace with classic ones.

In Europe, the six-cylinder models are an aspheric N53 direct injection engine. However, in many countries outside Europe they continued to use the older N52 engine, due to the high sulfur content of locally available fuel.