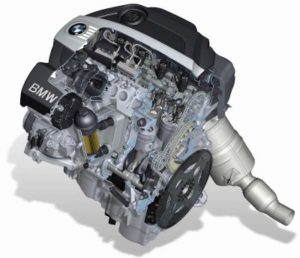 bmw The 2.0 diesel engine has always enjoyed a high reputation among drivers - it was recommended by good dynamics and low fuel consumption. It turned out that the previous generation had problems with the crankshaft, and the current one - the durability of the drive chain.

In March 2007, bmw has launched a new generation of 2.0 liter N47 diesel. The basic structure has been changed, the N47 engine has an aluminum alloy block and the drive chain has been moved from front to rear of the engine next to the flywheel.

The engines of the N47 series have powers from 163 hp to 218 hp, stronger engines have piezo common rail injection with an operating pressure of 1800 - 2000 bar, weaker engines have electromagnetic injectors and an injection pressure of 1600 bar. As the N47 engine is capable of producing more torque than the M47, the crankshaft is further strengthened. A version with power of 204 - 218 hp stands out. Since 2013, the N47 series has appeared with a capacity of 1598 cc with reduced stroke and piston diameter, marked "14d" with 95 hp.

The N47 is a very economical engine. It deserves high praise for its work culture, minimal vibration and pleasant sound.

On the one hand, you can admire the fascinating performance of modern diesels, power, flexibility, lower fuel consumption, but on the other hand, serious engine design flaws. 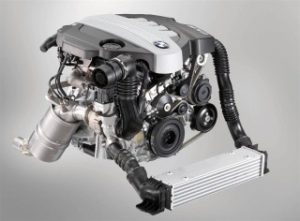 Drive Chain Problems.
Unhappy users heard the rattle under the bonnet after only 30 km, an average of about 000 km. Noise comes from the drive chain area.
The drive chain is not only made as a single-row, but is also placed on the engine on the side of the gearbox. In order to approach the chain, either the engine or the gearbox must be removed, and then the engine part must be dismantled. Worse, the chain can't even be looked at without breaking the top of the engine - including the fuel injection system!
The reason for making the drive chain noise is hydraulic spanners, which cause the chain to be tightened and the chain vibration.
The chain on the N47 is thinner single-row than the older engines where it was double-row. Well, instead of 500 km to withstand 000 km, but it turns out that the drive chain, for example, in a N300 Bmw diesel, needs to be repaired after a few tens of thousands of km.

Problems with intake blades, as well as in M47 engines, there are problems with weak flaps of variable intake geometry, if they fall off could damage the engine.

Stronger versions of the N47 have common rail injection with a piezoelectric injector system. Injectors of this kind cannot be repaired, only by replacement. The injectors endure about 200 km.

The 2.0 d N47 engine delivers excellent performance and low fuel consumption thanks to the solutions, but on the other hand, it is too bulky and expensive to maintain.