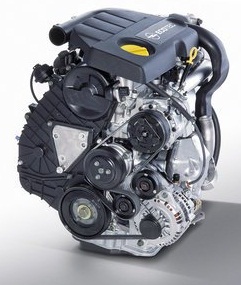 In the late 80s and early 90s, Japanese manufacturers cemented their image as the most reliable automakers and large-scale engine manufacturers. This fact decided that GM uses for its own use diesel engine made by Isuzu. The systematically updated engine is still on offer and is very popular.

The simple and successful design of the 1.7 diesel engine appeared until the late 90s Opel models with natural suction or turbo version. In 1999, the engine was completely renovated - a 16-valve cylinder head and direct fuel injection with a traditional Bosch pump distributor were introduced. Newer engines have received the designations DI and DTI (both turbo, pressure boost are different). In 2002, the common rail system was introduced, and the name of the engine was changed once again - since then, Opel diesels have been known as CDTI engines. Since 2007, the installation of the Soot Particle Filter has begun.

The oldest 1.7 diesel engines carry the D and TD designations of 60 or 82 hp. The newer DI and DTI units are with 65 and 75 hp. The CDTI engines are available in several versions with capacities from 80 to 130 hp. The 100 horsepower variant of the CDTI unit appeared in the seventh generation Honda Civic, the 130 - PS version arrived under the hood of the twin Opel Mokki - Chevrolet Trak. In the older generations, 1.7 diesel engines should not count on good dynamics - in this respect, modern CDTI engines are much better, while maintaining low fuel consumption of 5-6 liters per 100 km.

Many Isuzu engine users cite the example of traveling as much as 400 km without major problems. Maintaining such impressive results requires regular maintenance. The oldest units can cause problems, but repairing them should not incur high costs. The most common failures are the turbocharger, fuel pump , oil pump and alternator regulator leak. A faulty flow meter at about 90000 - 120000 km may be responsible for the lack of power.

With CDTI engines, one of the most common causes of unannounced visits to the workshop is fuel and injector system failures - for Denso systems it may be unfortunate that the injectors are not repaired, which significantly increases costs. Other common failures are oil leak pump, fuel pressure regulator, turbine control valve and EGR valve, floating flywheel. On newer models, the standard should pay special attention to the condition DPF and its proper handling. The turbines have good durability.

As a result of poor performance of the engine turbine, a decrease in engine power may occur. Performance is sometimes limited by the failure of the solenoid valve that controls the turbine geometry change.

The entire line of Isuzu diesel construction over the years has shown its value and reliability. The advantage is a large selection in the secondary market. Newer versions of DTI and CDTI are recommended, mainly due to much better dynamics and generally less exploitation.

The 1,7 diesel engine has been replaced by a modern 1.6 CDTI diesel engine, which will meet the Euro 6 exhaust standard. The basic version 1.6 CDTI ECOTEC will develop 138 hp and 320 Nm of torque.